This is it! I've been wanting to go to Bohol for the longest time so this is somewhat a dream come true.

Eric, our designated driver for the day was already waiting for us outside the arrival area holding a signage with my name on it.

In order to save time and money, we opted to take the Countryside Tour upon arriving in Bohol rather than go to the resort directly. A friend recommended Dumaluan 2 Beach Resort due to its close proximity to Bohol Beach Club where the beach and shoreline is way better as compared to the Alona side. 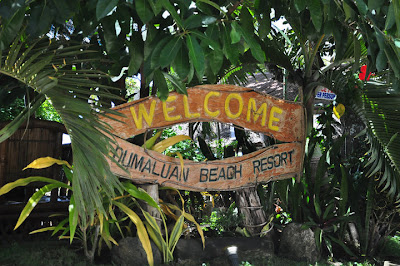 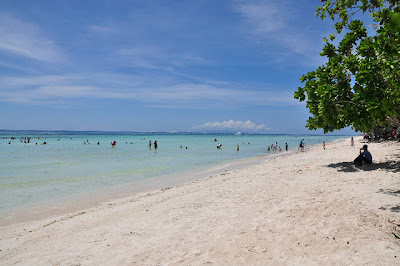 A couple of minutes later, me and my friends were on our way to our first stop: the Blood Compact Site 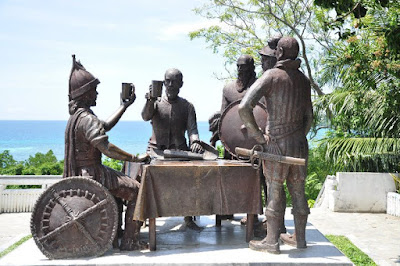 The Sandugo was a blood compact, performed in the island of Bohol in the Philippines, between the Spanish Miguel López de Legazpi and Datu Sikatuna the chieftain of Bohol on March 16, 1565, to seal their friendship as part of the tribal tradition. This is considered as the first treaty of friendship between the Spaniards and Filipinos. " explorer Sandugo" is a Visayan word which means "one blood". - Wikipedia

Next stop was the Loboc River (also caller Loay River) where we boarded a floating restaurant to have our lunch while cruising the famous tourist spot. 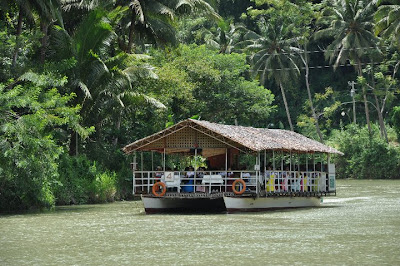 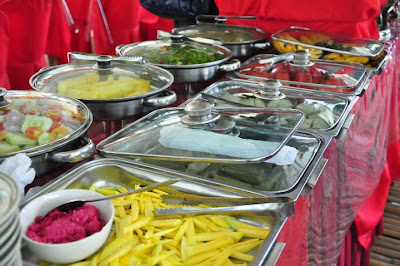 For Php400.00, you're paying mostly for the cruise and not for the food so we just enjoyed the lush greenery, the smell of fresh air and the relaxing music on board.

On our way to the famous Chocolate Hills, we stopped by the man-made forest and it just felt like it was straight out of the Twilight Movie. 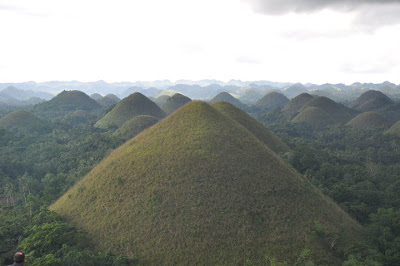 Majestic! I've been reading about it since I was in grade school and it's really amazing when you see it firsthand.  There are a lot of "photographers" who would offer to have your photos taken with props, so it really felt like we were having our pictorial there. 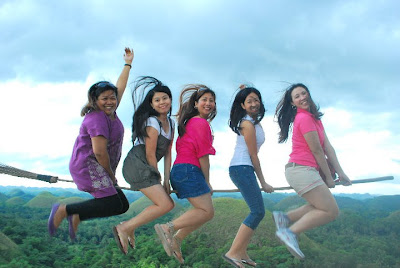 Too bad it rained after a couple of minutes so we had to hurry back to our car.

Along the way, we stopped by a mini zoo to see Tarsiers up close and personal.  I felt bad for them though, the caretaker would just wake them up for the guests to be able to take pictures of them.  No wonder a lot of them gets stressed (hence the no flash on the camera signs) that would eventually lead to their death.  I read somewhere that Tarsiers really have suicidal tendencies. 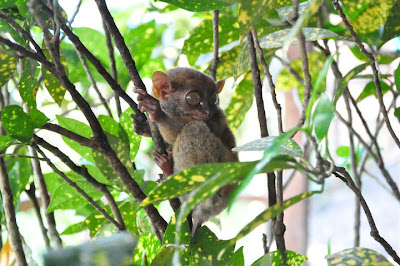 At this  point, we were too tired already so we chose to go to the resort and called it a day.

After having breakfast at the hotel's restaurant, we met our guide Mang Dodong and hopped to our boat - Star Seas, en route to Balicasag Island.  Since we woke up late, we were not able to see any dolphins anymore, nevertheless, we did enjoyed snorkeling and seeing schools of fish in all colors and sizes. 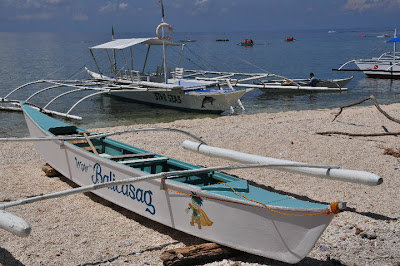 Two hours later and with a hungry stomach, we decided to have our lunch at the island.  We ordered Tuna in tamarind soup and grilled pork with rice, sounds like your regular meal but it was the best meal we ever had! I even ordered an extra rice (forgive me, I'm on vacation *wink*).

The last part of our island hopping tour is a visit to Virgin Island, which has 2 kilometers of sandbar leading to the island itself.  Sandbar is a ridge of sand caused by the action of waves along a shore.  It's like your in the middle of the ocean but the water is knee-deep only. I just love sandbars!

We went back to the resort by 3pm and spent a couple of minutes in the swimming pool before taking our afternoon nap.  We were all refreshed come nighttime and was all ready for some action not knowing that this side of Panglao doesn't have a nightlife.  We just spent the evening talking by the beach with Bossa Nova songs being played in the restaurant nearby.

On our last day, we met a friend who treated us for lunch at Bohol Bee Farm.  It really helps when you have friends from all over because they know where is the best place to bring you.

This place reminded me of Sonya's Garden in Tagaytay. 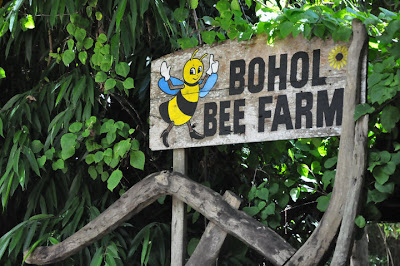 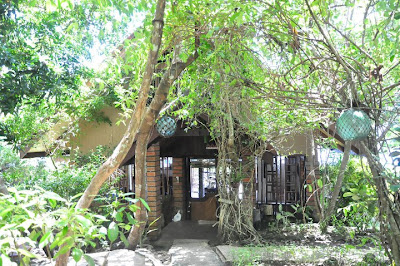 To the healthy and very delicious menu

And the home-made treats

It was indeed a very relaxing and enjoyable trip for us.  Bohol is one of the most underrated places in the Philippines.  I just hope it won't be exploited and be too commercialized as what is happening in Boracay.  We are really lucky to have a place like this just an hour plane ride away from Manila. 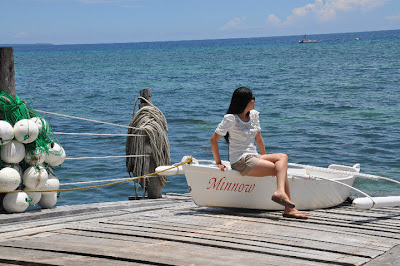 In my attempt to have a healthier lifestyle, I try to avoid a trip to any  fast food chain nowadays.  Good thing a friend suggested Shabu Yaki which serves authentic Korean cuisine along Macapagal Avenue.

We ordered the Beef Combo 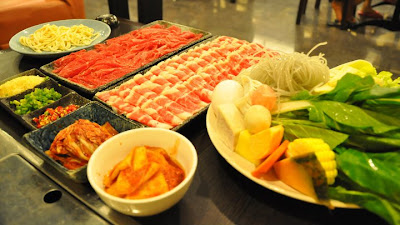 Its not just for decoration purposes, I eat vegetables now (I'm so proud! *wink*) 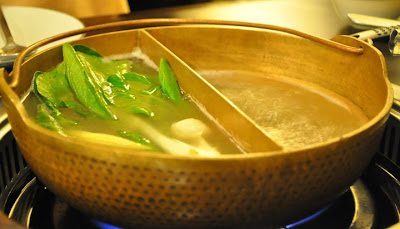 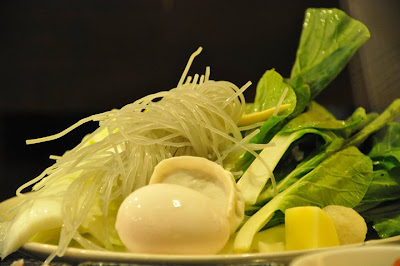 but beef will always be my first love. 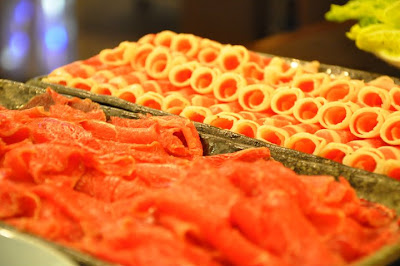 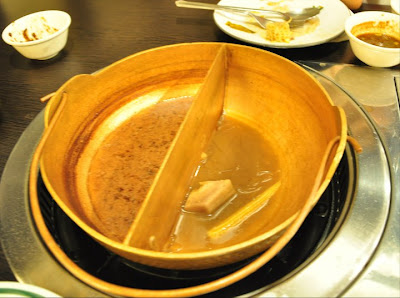 Food was great, service was great and the prices are very reasonable.  I can't wait to go back!

As for my diet, I know I still need to go to the gym. I just need someone to drag me. Will you?

Experience Malaysia for Php456 only! 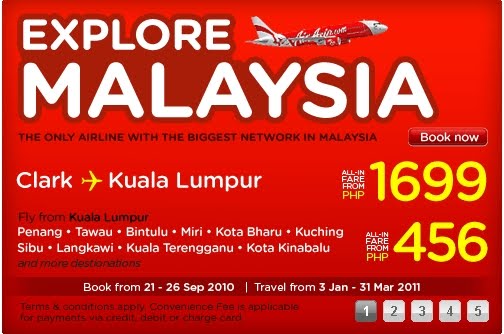 Yes its true.
With airlines offering promo fares cheaper than your lunch meals, this is the best time to travel and see the world.  I’ve been to Kota Kinabalu once and I promise to come back, go to the beach and climb Mt. Kinabalu.  And with this kind of deals, I think I just might.
Posted by Dek at 1:00 AM 0 comments

Email ThisBlogThis!Share to TwitterShare to FacebookShare to Pinterest
Labels: promos

Mark Twain once said, “Twenty years from now you will be more disappointed by the things you didn’t do than by the ones you did do. So throw off the bowlines, sail away from the safe harbor. Catch the trade winds in your sails. Explore. Dream. Discover.”

I’ve always believed that life is too short not to enjoy the things that you love most.  As for me, that would mean travel and food.  I love discovering new places, meet the people and live with their culture, try out authentic cuisine and stay away from what I usually eat back home. 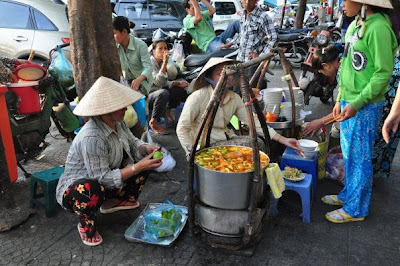 After years of traveling, I don’t join tours anymore, I organize them.  This does not only save me money but more importantly, I got to do what the locals do and immense myself as one of them.
I was once asked where does my earnings go, I say its in my passport and not in my passbook. I want to travel while I'm still young, when I can still raft in the rivers of Cagayan de Oro, brave the streets of Saigon or walk through the temples in Angkor Wat. 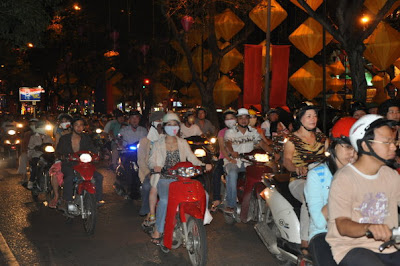 This blog is meant for my friends and anyone who shares the same passion as mine.
Posted by Dek at 3:47 PM 0 comments