My heart skipped a beat when I saw this particular ad on my Facebook wall. 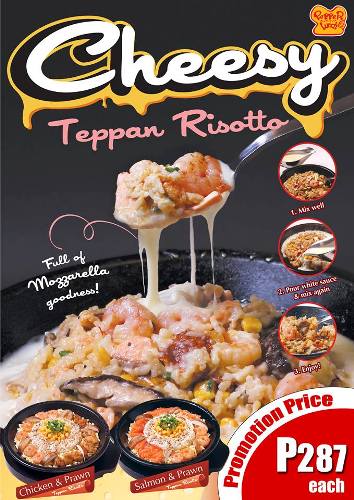 So later that day, I found myself lining up at Pepper Lunch having second (third, fourth and so on) thoughts which one between the Chicken & Prawn or Salmon & Prawn I liked more.

After finishing a cup of their Spicy Tuna Shake Shake Salad (Php99.00), I moved on to the main reason why I chose to have dinner at Pepper Lunch in the first place. And why not, the photo of the mozzarella stretching from the hot plate left me salivating for a good few minutes! The sauce was on a separate container so you can limit just how creamy you want it to be -- I like my food swimming in cream/sauce by the way. For an introductory price of Php287.00, I think it's a steal with loads of Salmon which I love the most.

DB's Shimofuri Pepper Steak was quite disappointing as we were served with what seemed like a frozen steak straight to the pan that really tasted bad. Hope they can do something about thawing or storing the steak properly so we can get a great deal with the price we have to pay for it. 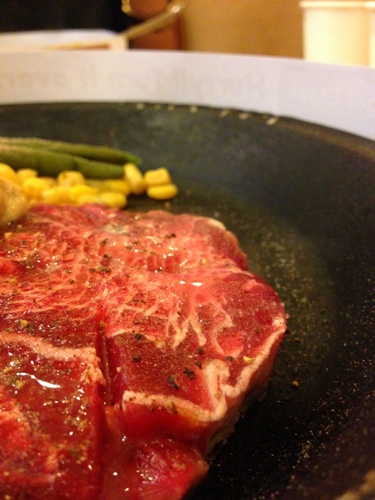 There was a time that I became obsessed with Pepper Lunch's Beef Pepper Rice that we had to line up in their Rockwell branch for a time or two. Now that they added the Cheesy Teppan Risotto on the menu and my love affair with their Spicy Tuna Shake Shake Salad was rekindled, I think we'll be seeing each other more often again.

Is dinner tomorrow night okay with you?