Ash and Bhel: 11 Years in the Making

I've known the groom since I was in high school and even after graduation, we still kept in touch especially during birthdays, fiesta and other celebrations and later on with a pretty girlfriend in tow named Bhel.

Eleven years after being together, we got invited to the couple's wedding last July 18, the date of their anniversary.

The church wedding was held at Our Lady of Fatima Parish in Kawit, Cavite. 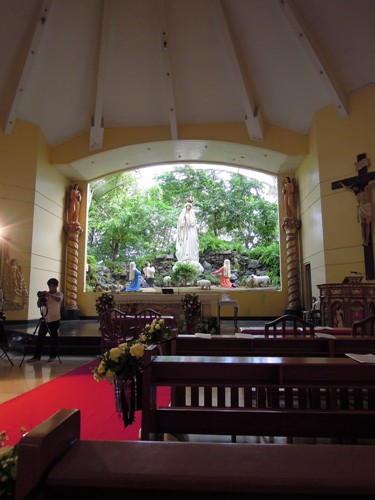 Fresh white roses adorn the church -- so pure and so beautiful. 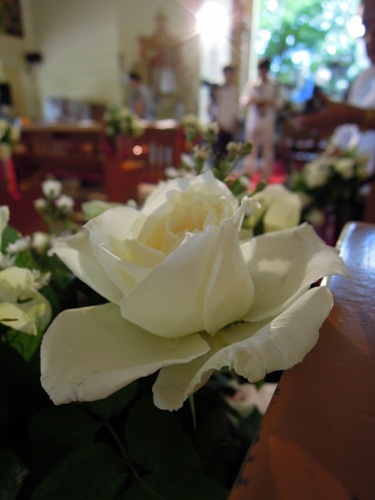 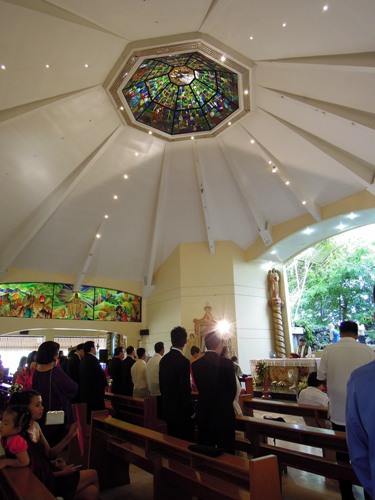 It was such a lovely and solemn wedding attended by family and close friends. 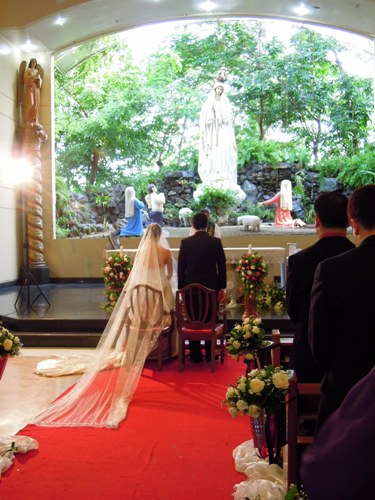 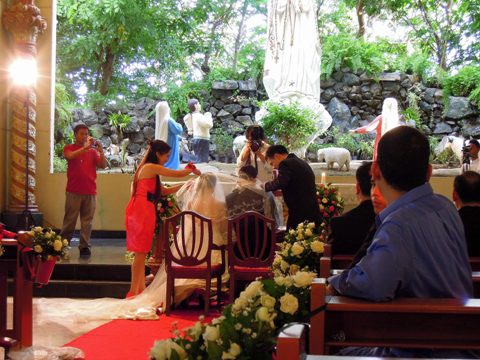 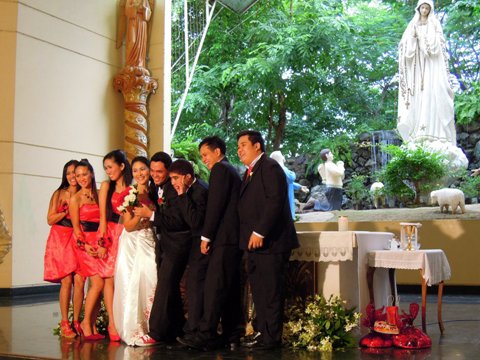 Our barkada (minus 9 guys and girls now based abroad) with the couple Ash and Bhel. 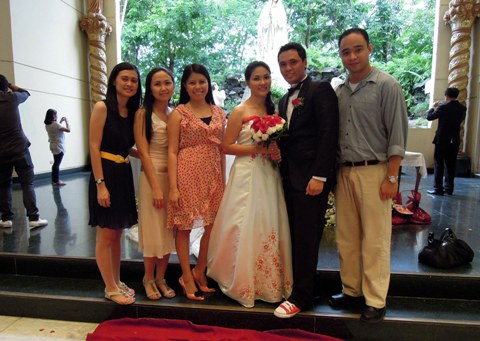 After a surprising grand entrance by the entourage and the couple, the guests were asked to have their photo taken with the newly-weds by table before proceeding to the buffet area. 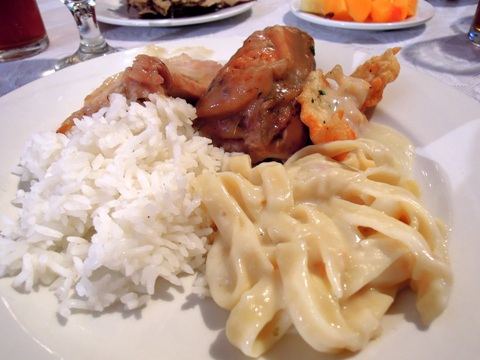 The program commenced while the guests were having dinner. I love that the games are new and exciting! 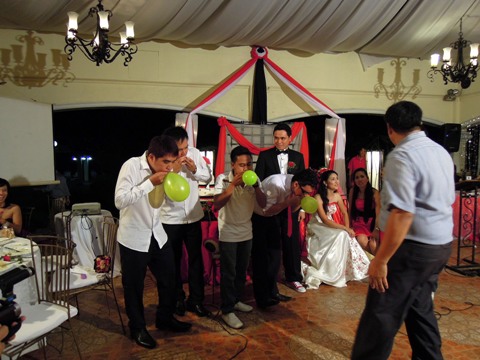 The party ended with the couple having their first dance as husband and wife. Such a pleasant and romantic sight! 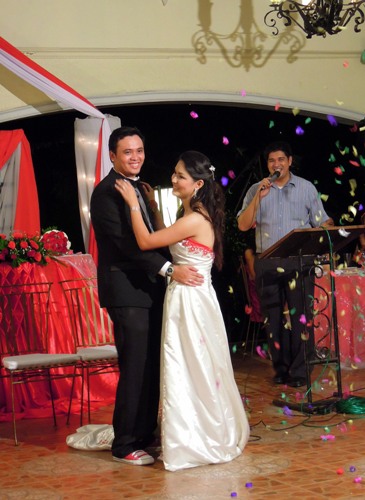 One last shot before going home. The group getting bigger and bigger -- literally and figuratively! *wink* 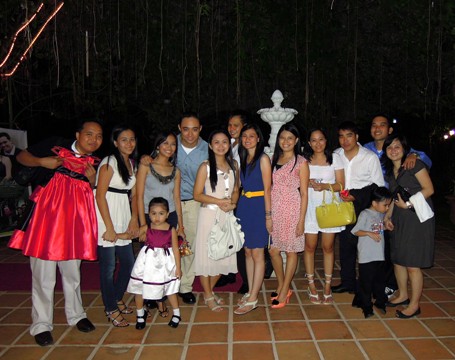