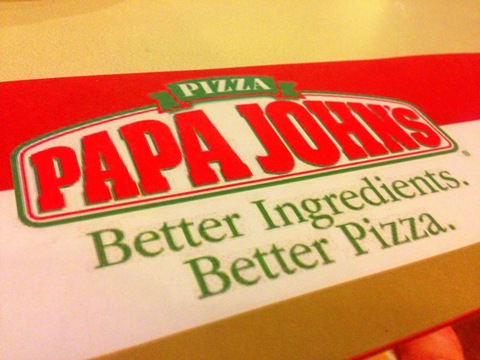 DB and I visited a friend in Parañaque and thought of having an early dinner in the area before going home. It was a Friday and upon checking at the MMDA App on his phone, it was color red from South to North which only means that its traffic everywhere!

Our initial plan was to go to BF Homes where a lot of hole in the wall and specialty restaurants have sprouted, but upon seeing that traffic was not moving to that way either, we decided to just look for a familiar place to eat along the way.

We were supposed to order the Herbed Parmesan Bread Sticks which DB was raving about, but the staff at the counter told us that they only have the plain ones. Since I already set my mind on eating Bread Sticks, we settled with what they have and ordered the Baked Italian Meatballs for additional flavoring.


This Thai Linguini Pasta with Shrimps, Mushrooms, Bell Peppers, Onions and Sweet & Sour Thai Sauce is too spicy that I had to drink loads of water on every forkful! As with every time, I had to finish it no matter what.

According to the menu, Super Papa's Pizza is the ultimate combination of tasty Pepperoni, Italian Sausage, Ham, freshly sliced Mushrooms, Onions, Green Peppers and Black Olives. I initially thought that it was another misleading description of the dish but to my surprise, Papa John's really do live up to anyone's expectation including mine!

The freshly baked Super Papa's Pizza is indeed a legendary taste treat. I now understand what the rave about Papa John's is all about!