Vacations meant extended sleeping hours so its rare that CS and I go out of the comfort of our room to have a sit-down breakfast. Room service and having breakfast at our private balcony was a rather lovely option but since we were disembarking at Malacca early, we opted to dine along with the other passengers at Sinfonia Restaurant. Buffet breakfast was laid on several tables at the center of the room where diners can choose from a selection of Asian and Continental breakfast. 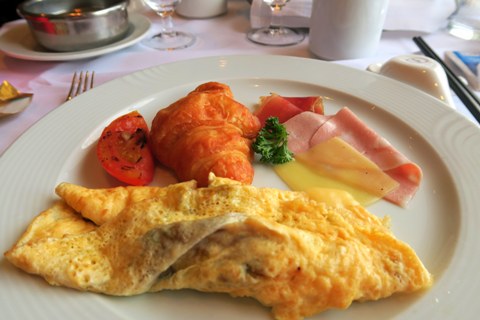 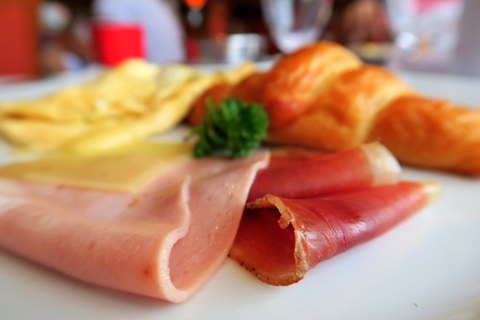 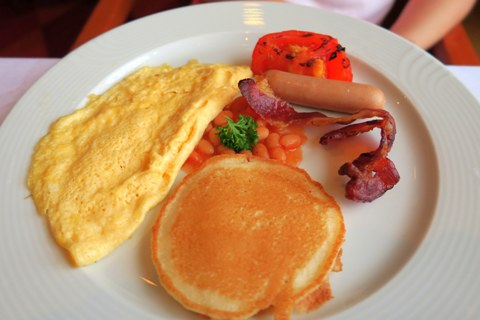 I asked one of the Filipino staff for bacon, which were out of stock at the buffet, and he delivered a plateful back to our table. I was actually thinking a strip or two but hey, no to food wastage right? 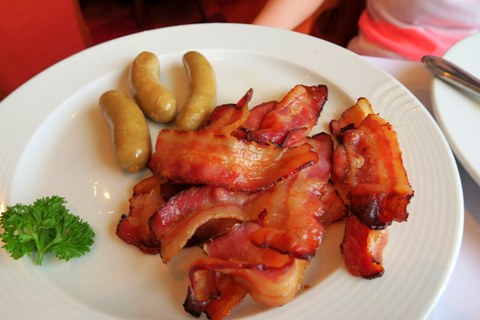 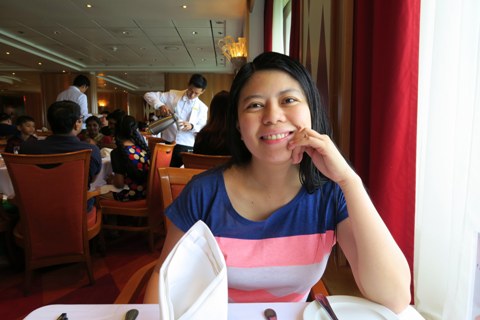 While Costa Victoria was docked at Malacca, passengers can disembark from 9am until 3pm and have a tour of Malaysia's historical city. Costa offers an arranged tour but we decided to just get a cab and explore on our own which was the cheaper option. Located at the Southern Region of the Malay Peninsula, Malacca has been listed as a UNESCO World Heritage Site in 2008. 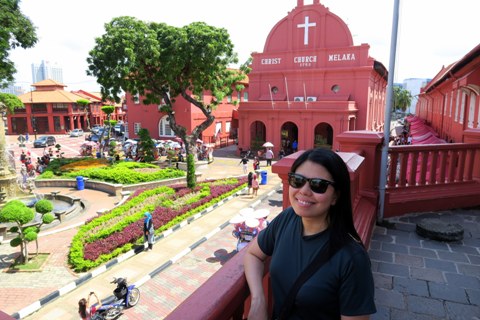 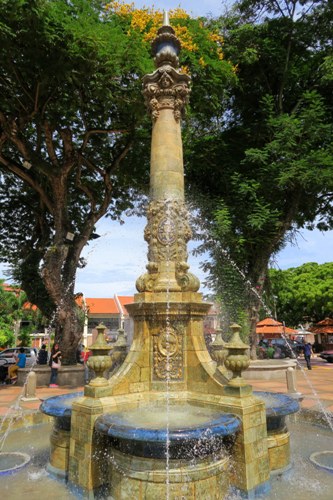 The most unmistakable landmark in the Historical City of Malacca, Dutch Square is hard to miss with its terracotta-red buildings and colorful trishaw ready to bring you anywhere as you wish. One of the popular attractions is the Christ Church that was built in 1753 in honor of a century of Dutch occupation in Malaysia. The interiors of the church is airy and well-maintained, albeit simple with old fixtures, but definitely worth a visit when you find yourself in the city. 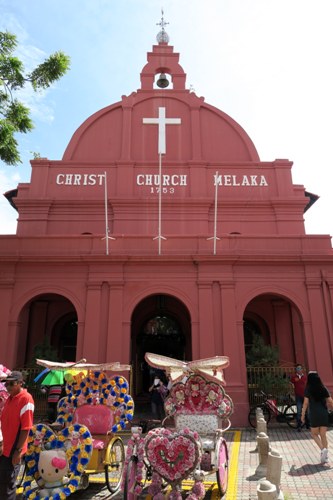 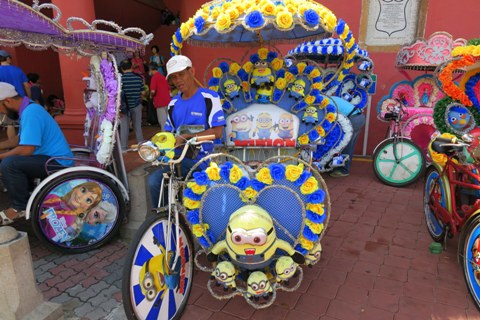 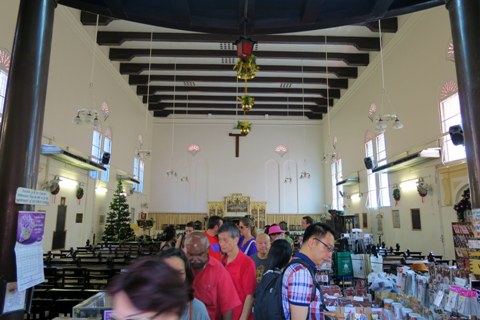 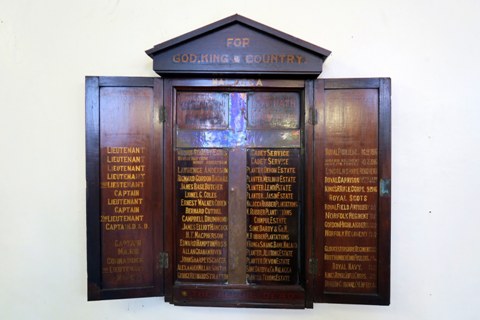 Another historical spot in Malacca, Porta de Santiago is one of the oldest surviving European architectural remains in the entire Asian continent. Built in 1511 under the command of Alfonso de Alboquerque, A Famosa (The Famous) used to be the gate of a mighty fortress and was once part of long ramparts and four major towers when Malacca was believed to be an important link on the spice trade between Portugal and China back in the day. 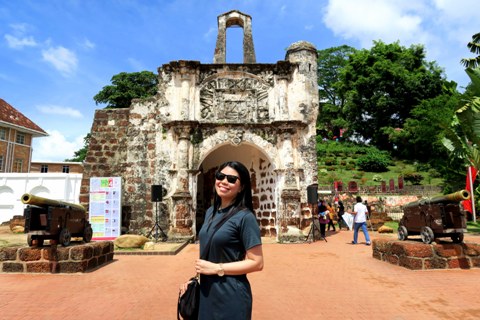 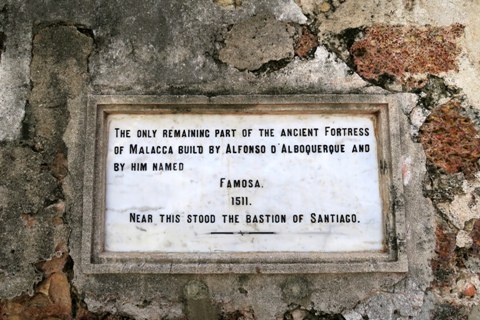 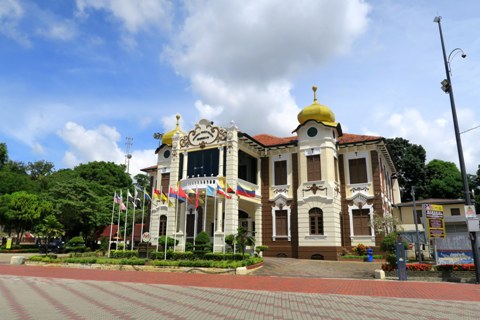 After three hours touring around Malacca under the sweltering sun, we decided to go back to the ship for lunch. From Dutch Square, we took a cab back to the port where several boats arranged by Costa Victoria were docked and just waiting to bring the passengers back to the ship. 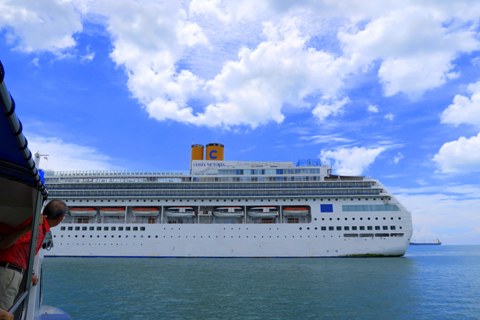 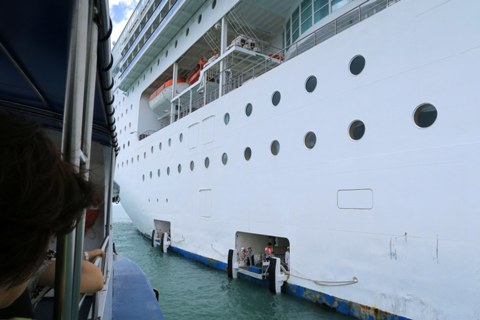 Our cabin steward booked us at the first seating for dinner at 530pm. It was Captain's Night which meant that dress code is formal -- suits for men and cocktail dresses for ladies is recommended. 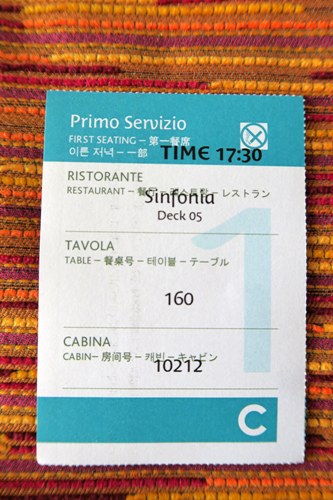 As there are first and second seatings in two restaurants, Sinfonia is only half full when we arrived. CS and I were seated with a Filipino family and were served by a Filipino staff so it was pretty much a wonderful night of good food, great company and endless laughter. 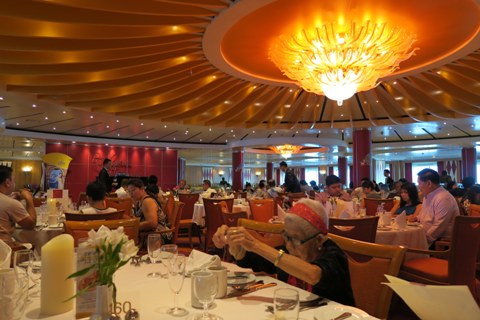 We were so full after dinner so we decided to walk and tour the rest of the ship. As most of the passengers were either having dinner or in the theater for the nightly show, we enjoyed some quiet time at the usually busy Deck 11 where the outdoor pools and sundeck are located. 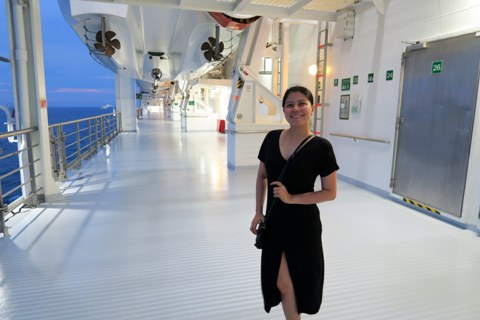 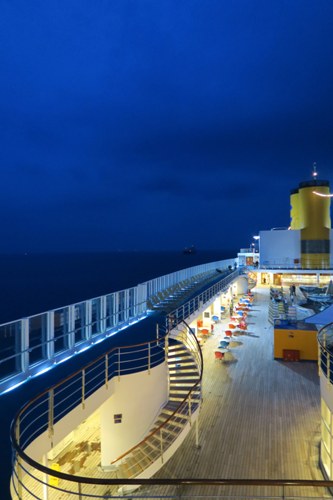 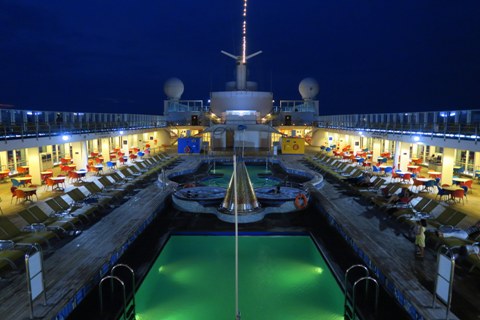 Looking back at the photos, I wish we had more time in the ship as there are still a lot of things we could have done or activities we could have joined such as the stretch classes, basketball tournament for CS, dance lessons, gymnastic class, detox and weight loss seminar and tons of contests and challenges among the passengers. Time does fly when you're having a good time!
Posted by Dek at 6:43 PM