January 23 was declared a non-working holiday in celebration of the Chinese New Year. I originally planned on spending the long weekend at home and catch up on my favorite US television series. My plans changed when I was invited to join a trip to Baguio City. And so, on-board a coaster, some 17 of us left Manila at around 3pm last Saturday and took the 9-hour road trip (including a snack at Burger King NLEx, the heavy traffic in Tarlac City due to road rehabilitation and a few wrong turns) to the Summer Capital of the Philippines. After dinner, I went straight to bed while others played cards and drank the night away.

I woke up early the following morning and saw this amazing view by the veranda. A former boss was kind enough to let us stay in his rest house. 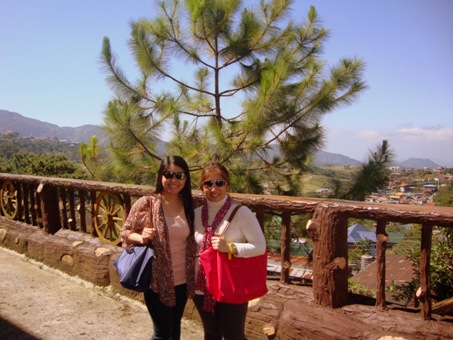 Everyone was up and ready to leave by noon time. We initially wanted to have lunch at Burnham Park in one of the restaurants by the park but finding a parking slot for a coaster was such a stressful task, so we decided to go to Camp John Hay instead.


I suggested for the group to try out Little John's which I really enjoyed the last time I was in Baguio City. The place was small so we had to wait until they can accommodate all 15 of us.

Almost everyone had the house specialty which was a crowd pleaser.


After lunch and some window and real shopping, we walked to The Manor to buy some breads to take home. I was fortunate to get hold of the last Walnut Rye bread (my favorite), an Almond bread and a few Raisin breads. 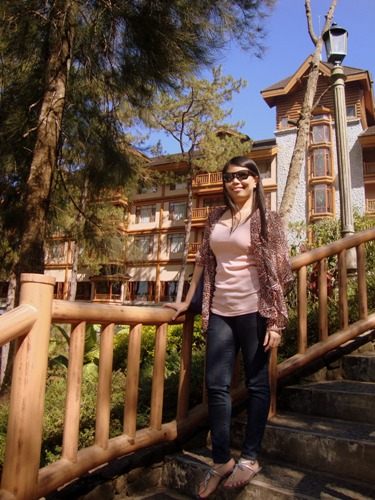 I've been going to Baguio City ever since I was a kid but this is the first time I went on a holiday. I prefer traveling on regular days when there's no traffic, everything's cheaper and the spots are not too crowded. It was the first long weekend of the year so I guess people really traveled this far to experience the cold weather which we did not have in Manila being January the coldest month of the year.

I had second thoughts on going to the park when I saw the tons of people going in and out of Mines View. But then again, I wouldn't miss another chance of seeing the view from the top for anything. 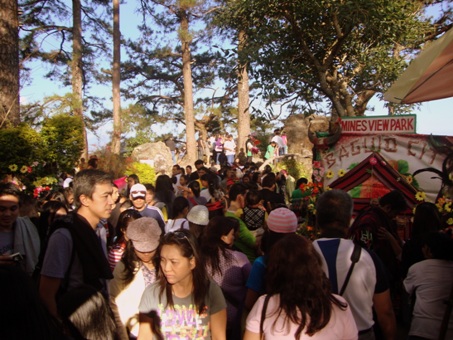 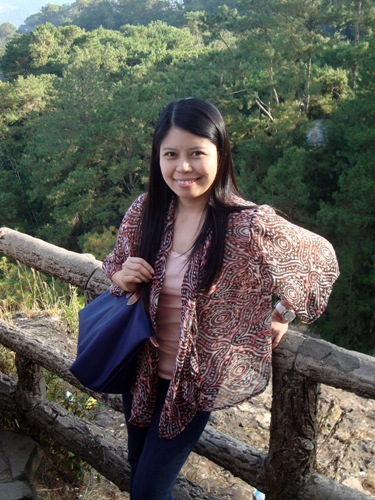 After the photo-op, we got hungry and had sweet corn and dried squid dipped in vinegar. Yum!


Last stop was Good Shepherd Convent which is famous for the Ube Jam everyone's been raving about. 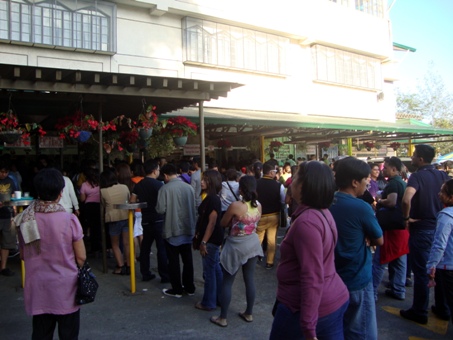 You can only buy two small bottles per person due to the high demand of their delicious jams and other goodies. Since I don't want to tempt myself into eating too much sweets again, I passed and just went to their beautiful garden instead. 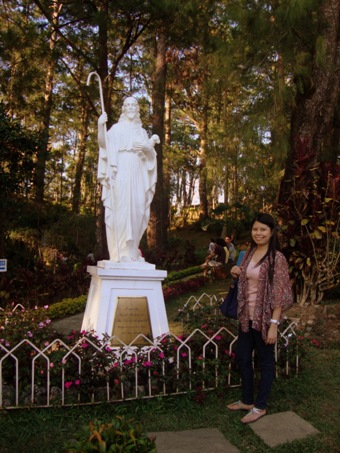 Baguio City is one of the places I will never get tired of visiting over and over again.