Seadive Restaurant and Bar is located in the heart of Coron town built on water with a beautiful sea view. It's a top choice especially among tourists who love good food at reasonable prices. Aside from the bar and restaurant, Seadive also offers accommodation for budget-conscious travelers, diving courses, booking services and island-hopping tours.

Since the restaurant was full and we only had 30 minutes before the last orders are accepted, the receptionist asked us if it was okay to dine in the bar just beside the restaurant instead. We were already tired and so hungry then that they could put a table outside the restaurant and I won't complain. I just wanted to sit and eat as many fresh seafood as I can!


Having dinner while people were playing billiards or poker and drinking the night away was quite a strange thing to do but who cares, we were weakening from hunger already.


Living up to its name as a diver's spot, the walls are adorned with artifacts found in Coron Bay and nearby towns. I was most especially glued to this aircraft propeller, most likely from a Hell Diver Bomber, shot down near the island of Busuanga. 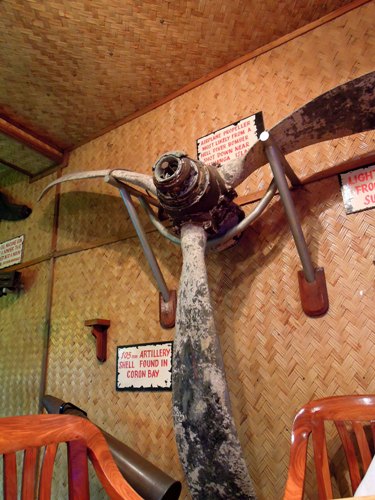 On the way to the restroom, you'll notice a cabinet full of smaller artifacts like jars, Chinese ceramics, bottles, helmets and other things divers were able to find in Coron Bay. 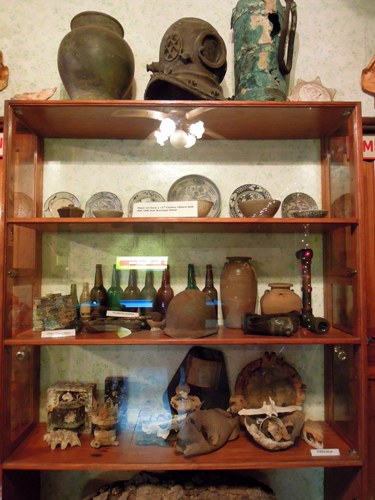 Seadive's menu ranges from local to Continental Cuisine to cater the influx of foreigners in the island. The chef offers a special dish every night as seen at the black board placed by the bar.

Verdict: The food were all good! I just hoped we were able to go earlier and I could have ordered lobster for dinner. The menu were quite expensive as compared to other restaurants in town but it's a price we're willing to pay for quality, delicious and fresh seafood.