Apart from going to places I only see in magazines or watch on movies and TV shows, one of the things I look forward to about traveling is being able to try out the local cuisine and discover new food trends. As you'll probably notice by now, Japanese food has been and will forever be my favorite food but one cannot simply ignore the lure of new aroma and interesting concepts whenever I go travel especially out of the country.

The influx of Korean expatriates in the Philippines have opened doors to restaurants serving authentic Korean cuisine like the ones I frequent in Manila -- Makchang and A-Won. Since I'm quite familiar with the local food, what made this trip extra special is the experience of eating them in the true Korean setting. And yes, hot/spicy food were a huge comfort on those cold chilly nights. 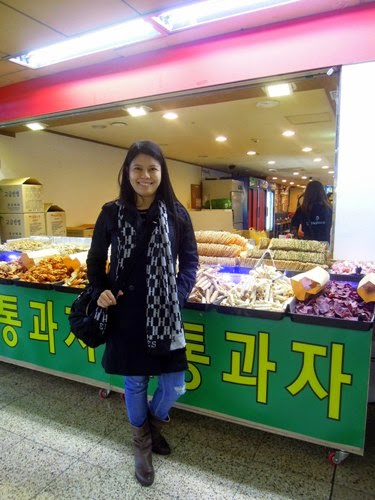 You can never go hungry in Seoul because there's food everywhere! The subway stations are perfect venues for picking up something to eat if you're rushing to your destination. This particular stall sells munchies of various sorts that you will put in the bag then pay according to its weight. 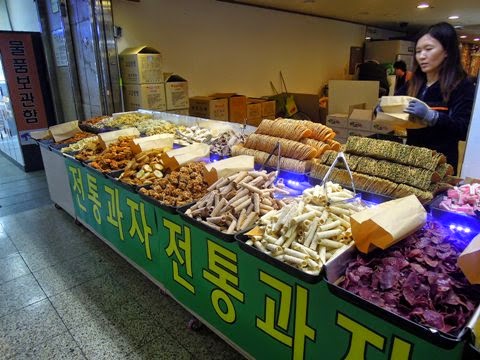 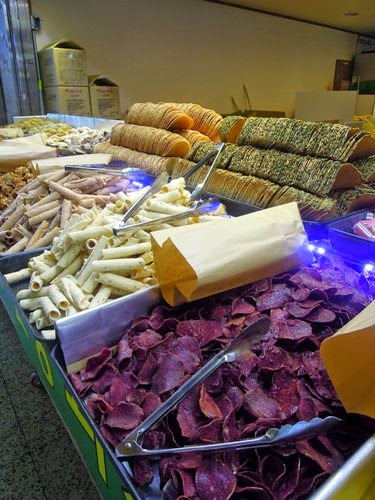 Our Korean friends treated us to dinner one night at some hole-in-the-wall barbecue place in Myeongdong Shopping District. It was basically a small restaurant with mostly working people, still in their coats and ties, having sumptuous meal with Soju on the side. I usually prefer Galbi as the pork belly or Samgyeopsal, as shown below, is more on the fatty side but since they did the ordering, I just tried to limit my cholesterol intake and ate more vegetables than usual.


Another night strolling/shopping in Myeongdong led us to a popular Korean fast food chain called Yoogane. I haven't tried this yet in Manila so this was quite a new experience for me. My friends and I ordered the Marinated Chicken Galbi Fried Rice (KRW6,000) that we shared among the five of us. It was delicious and the serving was huge that we still had it for breakfast the following day. 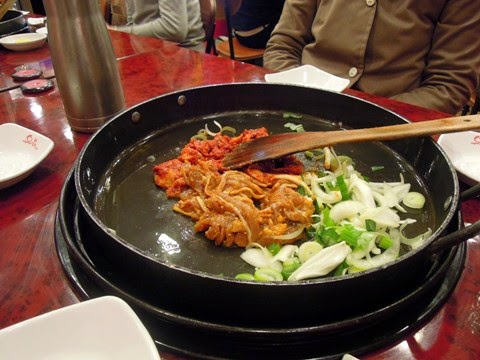 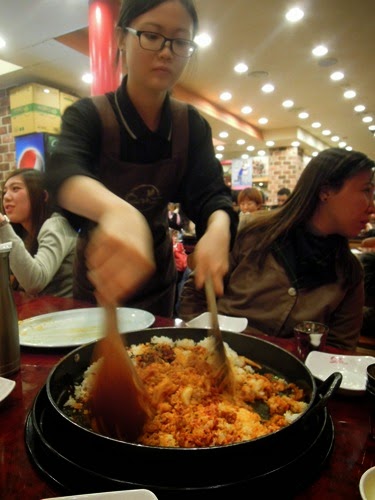 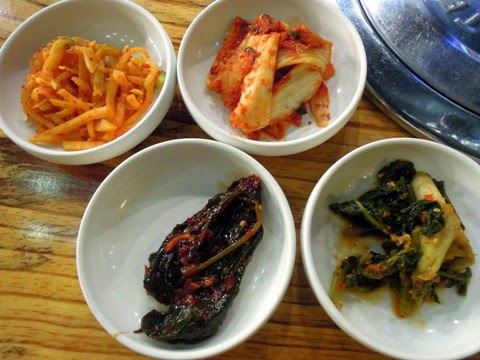 The most delicious meal I had in the entire trip was our lunch in another hole-in-the-wall place still in Myeongdong area. It was actually our third attempt looking for a place to eat as the first two restaurants were not so accommodating with foreign customers. Good thing we were shooed away or I wouldn't have tasted the best Yukhoe Bibimbap I've ever had so far! 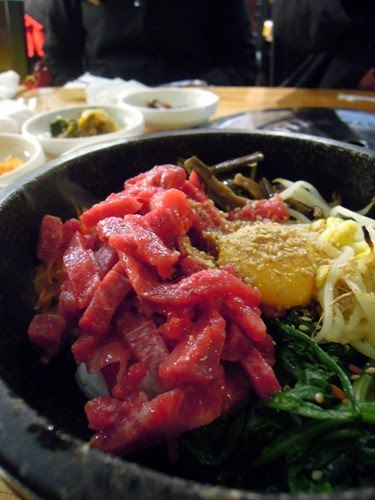 Ice cream for dessert in the freezing weather sounds ridiculous but our Korean friends were insistent so we went ahead to Seoul's popular dessert cafe called Sulbing or "snow ice" in English. 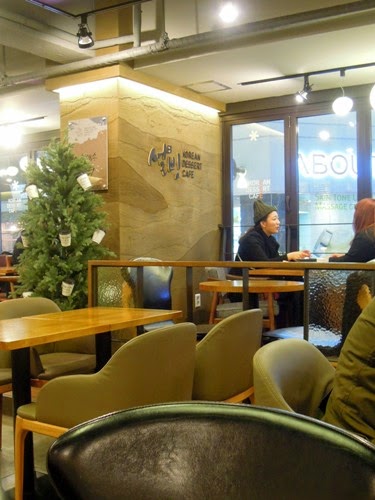 The dessert was a delicious bowl of snow-thin shaved ice that literally melts in your mouth! The toppings vary depending on your preference -- there's yogurt, berries, cheesecake and black sesame, but all orders already come with soft rice cake, sweet bean powder and condensed milk. 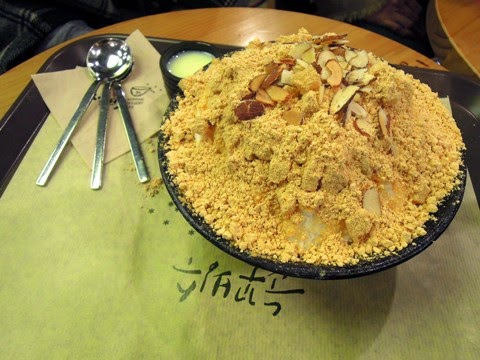 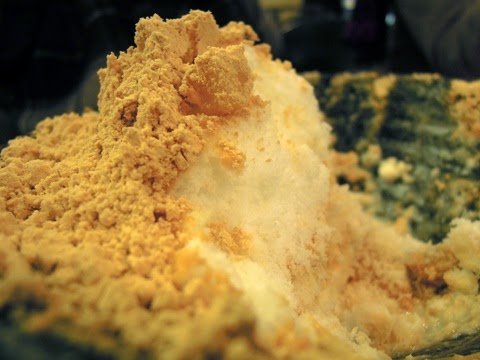 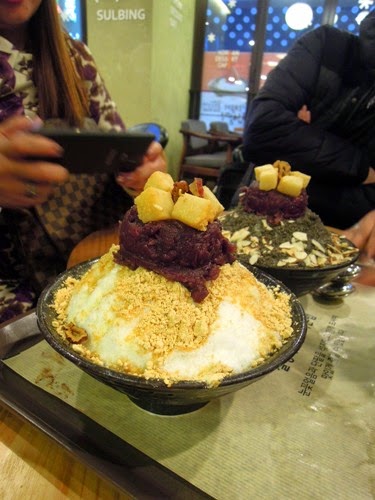 Travel is an adventure and whenever I have the chance to go see the world, I make it a point to familiarize myself with all five senses. Besides taking photos, my love for food is unconditional that I think its a crime not to try the local cuisine and miss out on the overall experience.
Posted by Dek at 8:18 PM