Cebu City has been a choice destination not only for our fellow Filipino tourists but from neighboring Asian countries as well. The arrival of Koreans in the country has opened doors for business opportunities to yield the demand while providing added options to the locals. Case in point, the throng of restaurants around Maribago in Cebu like Apgujeong Korean Restaurant.

We originally planned to have seafood on our first day in Cebu but the prices of crabs, lobsters and tiger prawns from the restaurants near JPark are just ridiculously jacked up! Would you believe that mangosteen in the area sells at Php800 per kilo?! We thought we were hearing it wrong but the vendors seemed to have made a pact to sell at the same expensive price, so much better to do your pasalubong shopping at the nearby supermarkets for the fair price. 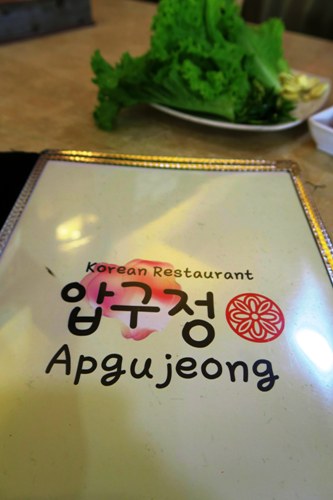 
We were still settling down while the staff was busy placing portions of banchan one after another on our table. Is it just me or the service in majority of Korean restaurants fastest than any other places out there? Hope all restaurants are like this, fast service with attentive staff. First to go was the spicy fish cakes that's been a favorite of us both, glad they replenish for free.


Even if we did not order meat to grill, we were still given lettuce to wrap and garlic on the side. 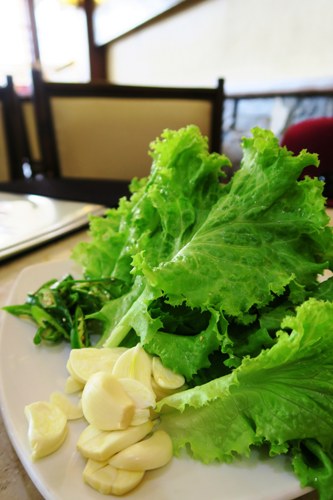 Worrying that I won't like our main order, CS let me play it safe and ordered Bibimbap just in case I feel weird eating Hanbang Jokbal, a healthier alternative of our famous Crispy Pata but boiled and served cold. As most Pinoys are familiar with only the fried version of pig's feet, the Korean's mode of cooking came as a surprise and a happy one at that. In fact, I ate more than my share at the restaurant and even finished the left over that night at our room in JPark.

Never mind that its still not a dish for people on a diet but we simply couldn't resist how chewy and tasty each bite is. The most savory part is the batch attached to the bones, sinful but heavenly! 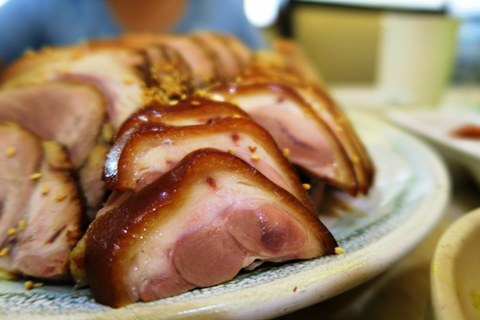 Lunch was delicious and surprising, what a great start to a wonderful vacation! 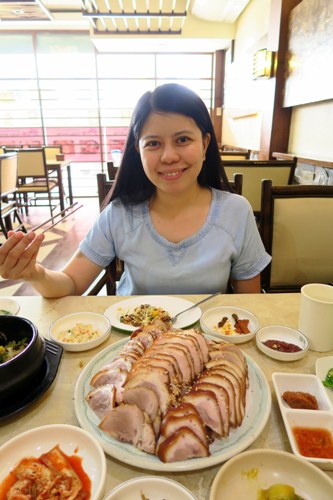