We made sure to leave Crimson Resort and Spa early to give us ample time to have lunch at the most-talked about Rico's Lechon before heading back to Manila. I first heard of Rico's from the now defunct morning show Kris TV, when they visited Cebu and tried the famous spicy lechon before it became a household name. From then on, Rico's has been on the top of my list and lucky enough, they just recently opened a branch near Mactan Airport.

The restaurant was packed when we arrived. Theme of the interiors was old Cebu with a twist, a perfect depiction of what Rico's is gaining popularity for. After waiting for about 20 minutes, we were finally seated where we excitedly browsed the menu to check what other dishes they offer. 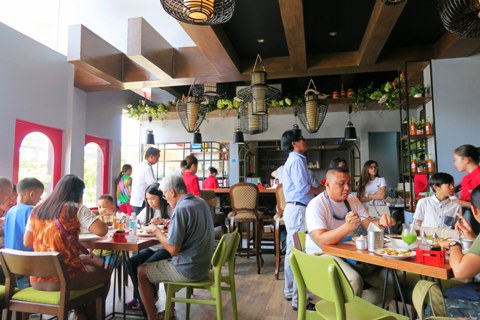 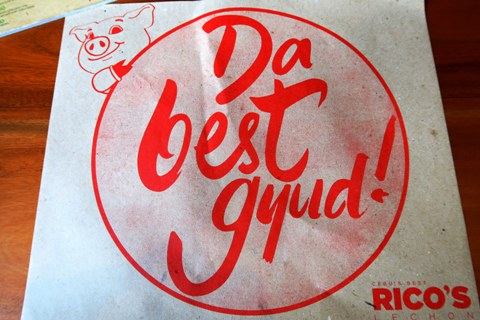 The staff recommended Cucumansi Quencher, short for cucumber + calamansi. It was my first time try to it and though the combination sounded weird, it was surprisingly delicious and refreshing! 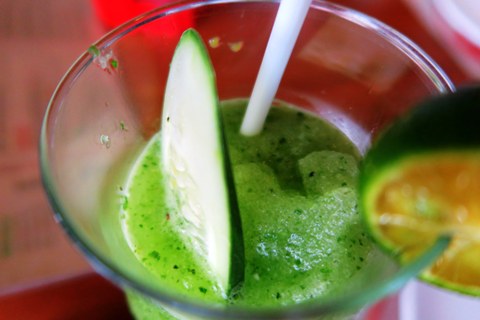 We overheard the customers from the other table raving about Rico's Dinuguan so CS made sure to include a bowl in our order to verify if it is true. The sauce was delicious and tangy but a bit watery and the innards was 3/4 meat and only 1/4 fat, just the way we wanted it to be.

The star at every table at Rico's! One order of spicy lechon just for myself and another order of the regular version for CS to make sure we don't fight over that crispy glistening lechon skin. Be warned though that when they its spicy, its mouth numbing and head itching level of spiciness. If you want the milder version, specify it when you order so the staff can get you the meat far from the bones where the chili pepper is concentrated. 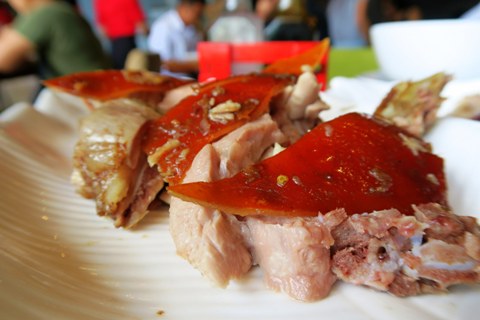 Verdict: All the reviews I read before I actually tried Rico's lechon does not lie! The meat is tender and delectable, there's no need to ask for anything else to dip it into. And the skin? It was divine! It was crunchy and has paper-thin fat (read: less guilt) that you can barely taste it. Anyone who's going to Cebu must include a visit to Rico's in their itinerary. Only the grease from Rico's lechon to graze your lips or you've never been to Cebu at all! 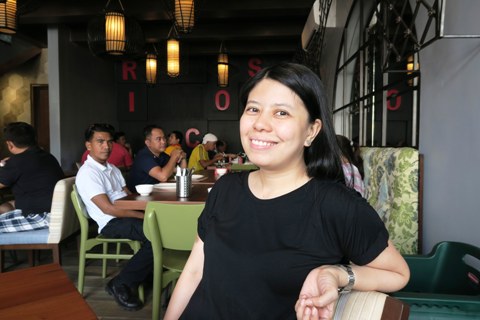