It has always been our unwritten rule that whenever CS and I go out, he lets me choose any place that I want to try almost all the time. Since we don't frequent the Alabang area that much, I picked up my phone and googled the best restaurants in the city. One of the names that kept showing up on the screen is Mati's Meat and Bread, not related with Don Galo's famous Mati's Tapsilog. 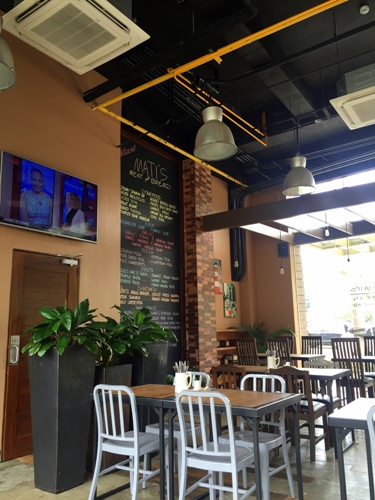 A lot has changed since the last time I visited Festival Mall. Back in college, my friends and I would usually hang and watch movies here after class so I was really surprised with the major renovations that has happened since then. One of the newer attractions is the River Park, a nice and quiet place to unwind with several restaurants overlooking the river including Mati's with its relaxed and homey ambiance, a far cry from the noise and chaos inside the mall. 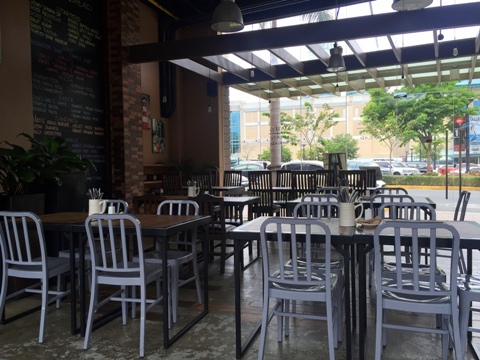 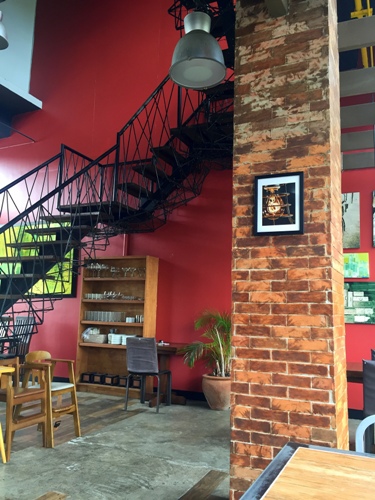 To start off, we ordered Vince's Chicken Arugula Salad minus the arugula which was not available that time. The staff told us that the arugula delivered to them had holes in them so they returned it to the supplier. As a substitute, he recommended that they will replace the arugula with lettuce instead. I found the vinaigrette dressing too sour but loved the tasty grilled chicken. 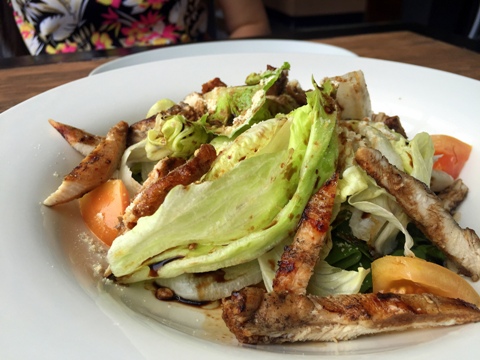 This has got to be the thinnest pizza I've ever seen in my life! It sure felt like biting into crisp wonton paper with cheese on top, a rip-off considering its priced at Php360.00 for 8 slices. 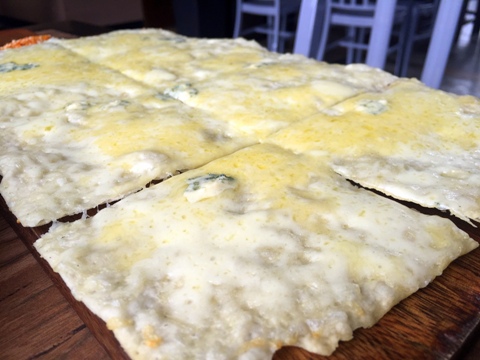 I initially wanted Nikki's Rosemary Chicken but it was out of stock so I just settled for Bianca's Creamy Vongole. The pasta was firm and the sauce was creamy and delicious as advertised. But more than that, I enjoyed the toasted focaccia bread it came with! If only it had more clam meat than the shell, then this dish would be an 8/10 in my book. 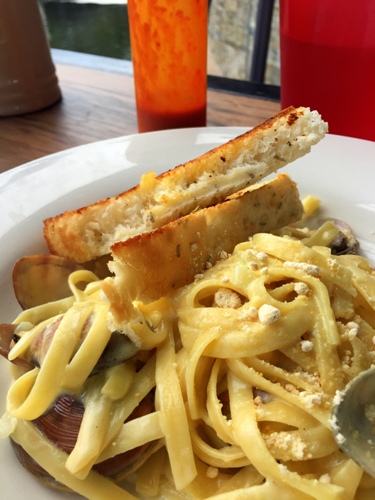 We should probably ordered any of Mati's steaks which the restaurant is known for because I find all these dishes expensive for its quality and size. I bet that we could get better and bigger servings of the same dish from some other places so for now, Mati's Tapsilog is the only Mati's for me.