Mapo Mandu is yet another franchise we all love seeing around Seoul. Open until late at night and Sundays, it has been our unanimous choice for delicious and affordable Korean food. As we only stayed in Seoul for less than a week, a revisit to Mapo Mandu was a hard decision I had to forgo. After all, the list of restaurants and food that we wanted to try is still a page long. 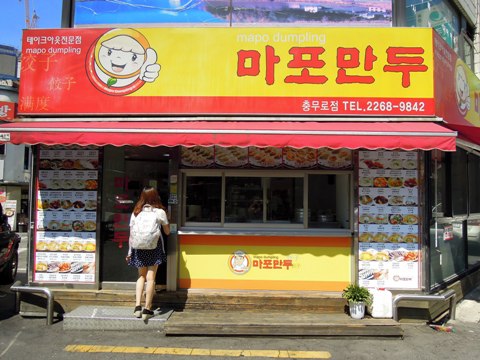 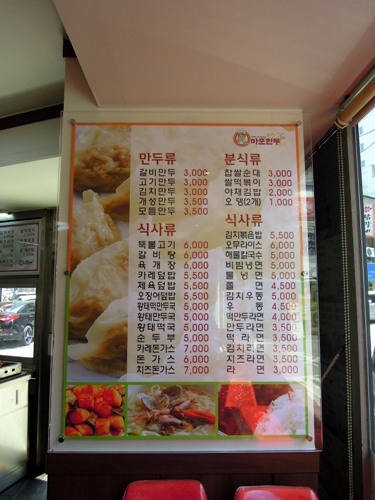 Chopsticks, spoons and the tissue box are neatly kept inside the drawer under each table. Its a great idea actually as it is more hygienic and could save some space for more food on the table! 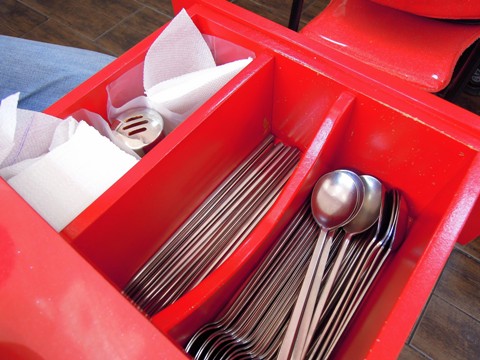 
One of the things that I look forward to every meal in any Korean restaurant in Seoul or anywhere in the Philippines is the unlimited spicy fish cake! In fact, I ask for so many refills that I wish I can just buy from them to avoid getting the "here we go again" look from the servers.

But hey, if they're willing to give it for free, who am I to complain right? *wink*


My favorites arranged in a manner of what I would order again if I was still hungry:

So if you're looking for cheap yet delicious eats in Seoul, just look for the red and yellow sign of Mapo Mandu. More savings from food means more shopping money! *wink*