When a local says "it's the best place in town", you drop all your prior plans and head straight to the restaurant that they frequent especially when he specifically suggests a dish or two. After our Mayon ATV ride adventure, we hailed a tricycle and asked to be brought to Sibid Sibid Restaurant. CS and I were the first customers that night so service was faster than we expected. 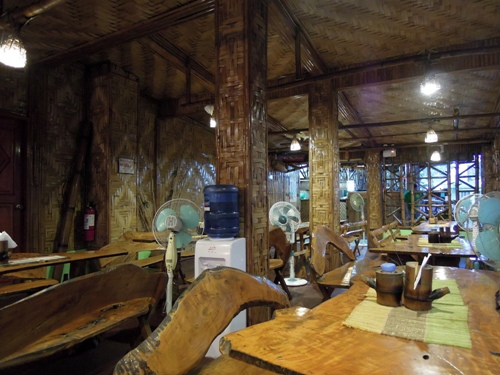 The restaurant was open air but since we traveled on a ber month, the fans were more than enough to imitate an air-conditioned room. Only downside was having mosquitoes roaming around.

The buko was light and less sweeter than I'm used to but it was refreshing nonetheless.

Cocido is pretty much like Sinigang but instead of using tamarind to enhance the sour flavor, Bicolanos use calamansi making it a clearer and lighter version of the Pinoy favorite soup. 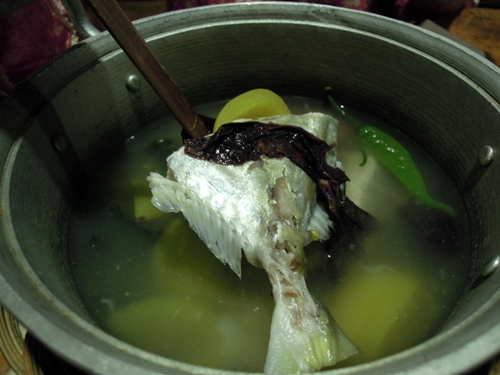 Any trip to Bicol wouldn't be complete without trying the famous Bicol Express! Tuna cubes cooked with coconut cream and loads of sili, it was the culprit for my 2nd cup of rice. 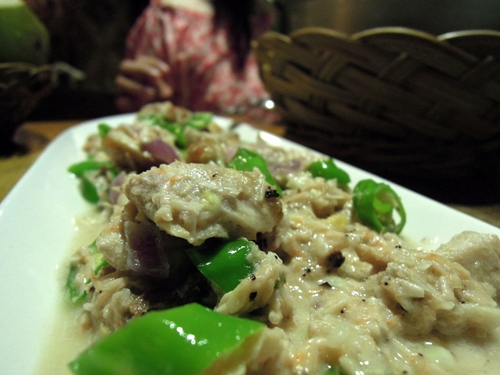 Kanoos Negro is basically Adobong Pusit in Tagalog. I love how they cooked the squid perfectly making it easy to cut and chew. The sauce on the other hand, could use more flavoring and spice. 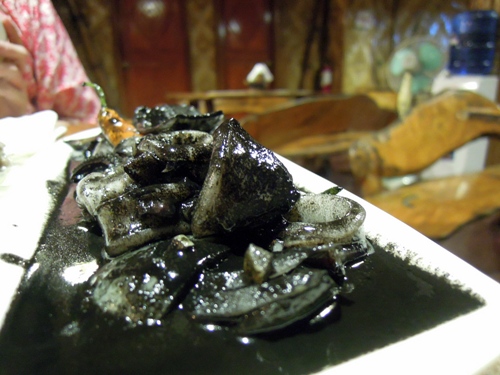 Aside from the Bicol Express, this Tinotongan Manok was the most recommended dish in Sibid Sibid. This classic Bicol menu is cooked by toasting the coconut meat first before extracting the coconut milk, hence the name. Aside from the smokey flavor that complimented well with the gata, the restaurant uses native chicken to make it even more delicious. 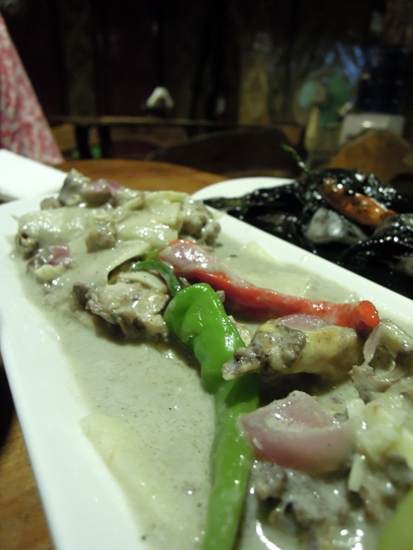 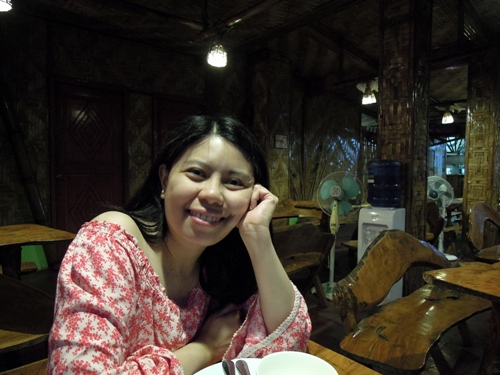 Sibid Sibid is the best place to go if you're looking for tasty and authentic Bicolano dishes at affordable prices, leaving you with extra travel money for your pasalubong shopping!