When I asked Shangri-La Bangkok's concierge of the best Thai restaurant in the city, the lady said Mazzaro without hesitation. Located a mere 5-minute walk from the hotel, we passed by Mazzaro several times before finally trying it out a few hours before our departure back to Manila. The nondescript exterior surely left us in awe the minute we were ushered to the table near the pocket garden. Before today, little did we know that Mazzaro is one of the most famous restaurants in Bangkok with several Asian and Hollywood celebrities like Bradley Cooper, Jean-Claude Van Damme, Zack Galifianakis and Renee Zellweger among its roster of clients. 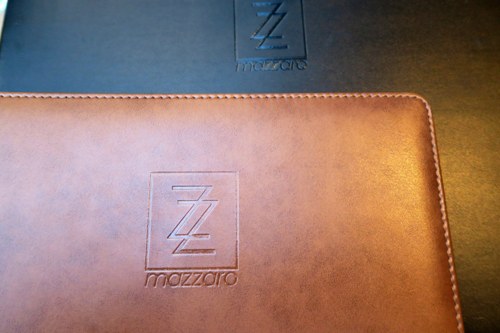 Established in 2008 as an extension to an already existing boutique hotel owned and operated by Chef Pin's mother, Mazzaro restaurant features homemade cuisine and secret family recipes from his grandmother. The restaurant's Italian influence features the finest ingredients sourced from around the world to constantly refresh the menu choices. Chef Pins's ingenious passion for cooking honed by his education from Le Cordon Bleu Institute paved the way for the delicious offerings at Mazzaro where the bold taste of the East meets the aesthetic presentation of the West. 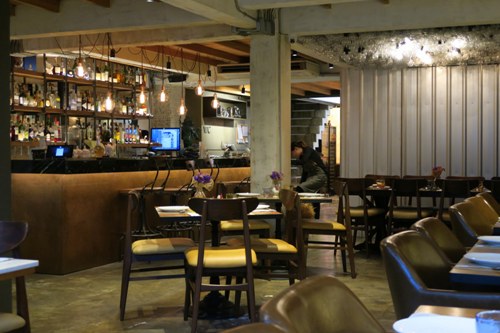 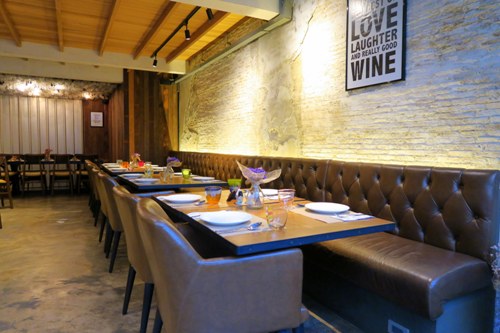 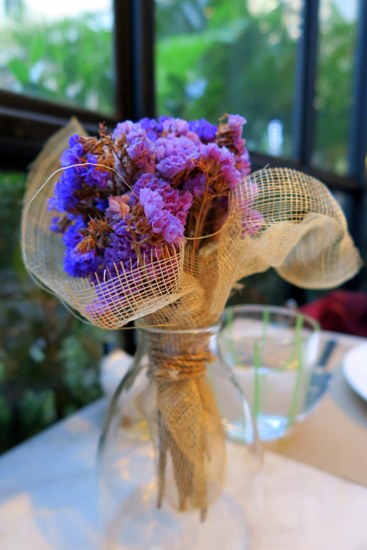 Whenever I think of Thai food, there are 2 items that instantly come to mind - Mango Sticky Rice and Pad Thai! CS always orders this stir-fried rice noodle in any Thai restaurant and Mazzaro does not differ. This common street food that's a little sweet and a little spicy was invented around 1940's and has since became a cult favorite. We loved that it was bursting with delicious flavors that only made possible with using the freshest ingredients available. 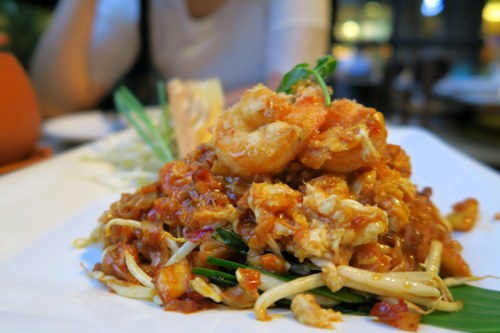 Mazzaro's Tom Yum is out of this world! By far the best version I have ever tasted, not to mention that it came cheap for the quality of the ingredients used to make this heaven of a soup in a bowl. Everything was perfection from the firmness of the shrimp, the hotness of the soup and the marriage of all elements that played a pivotal role to make the best Tom Yum soup. 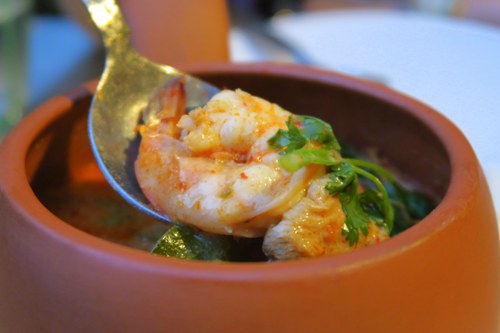 The soft shell crab was a bit salty for my taste when eaten alone but once topped with Mazzaro's signature vinaigrette dressing, it surely tamed its strong flavors. As expected, the greens were as crisp and as raw as you can possibly imagine. 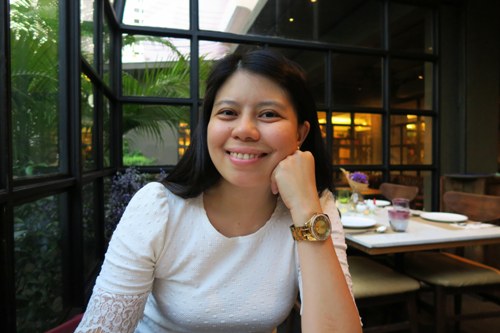 Service was spot on, ambiance is homey and relaxing, food were superb and the prices are surprisingly cheap -- my favorite Thai restaurant in the entire universe that absolutely raised my standards on how Thai food must taste like and nothing less. A must-try when in Bangkok!