This is actually my first time in Crocodile Farm since DB and I skipped the City Tour to make time for more food trip when we went to Palawan last year.

Palawan Wildlife and Conservation Center (formerly known as Crocodile Farm) serves as a sanctuary for the endangered Philippine Crocodile. A former student of my Professor made the arrangements prior to our trip so upon arrival, we were instructed to proceed to the main hall for the briefing along with other fellow tourists.

One would immediately notice the skeleton of a huge sea water crocodile in the enclosed glass chest with its dried skin hanging on the wall. I can't imagine how scary it must have been seeing it alive in person! 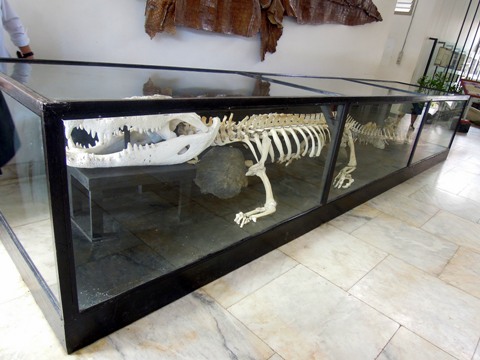 After the briefing, we then proceeded to the Hatchling House where the center takes care of the baby crocs until they're old enough to join the older ones in the cage. 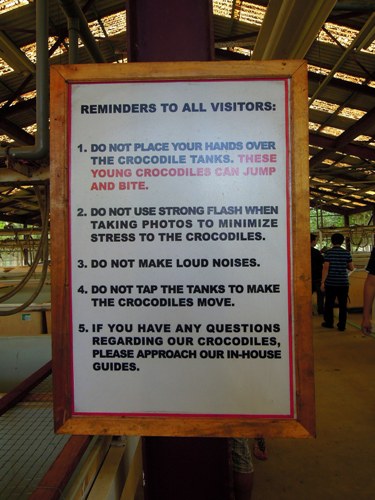 Visitors are reminded not to place their hands over the tanks as these babies sometimes leap from the basins! Using of flash while taking photos is also strictly prohibited so as not to agitate these small but dangerous creatures. 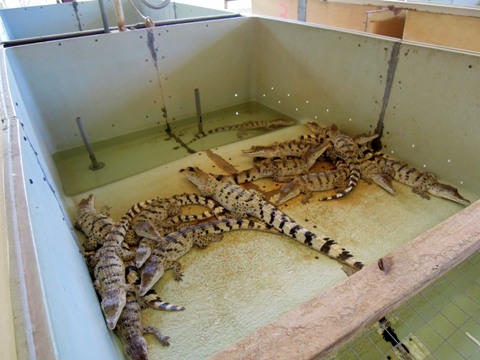 Further inside the center is a concrete cage that houses the older and bigger crocodiles. A metal path way was constructed over the cage so visitors can see all of the crocs they have in custody. Just be careful not to drop anything on the steel grating floor because no one in their right mind will go inside a cage with aggressive crocodiles such as these! 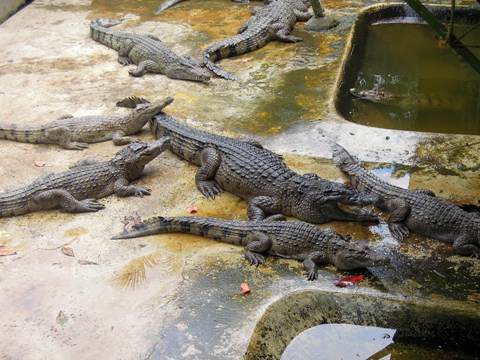 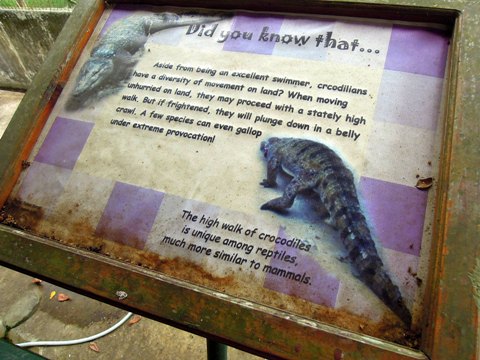 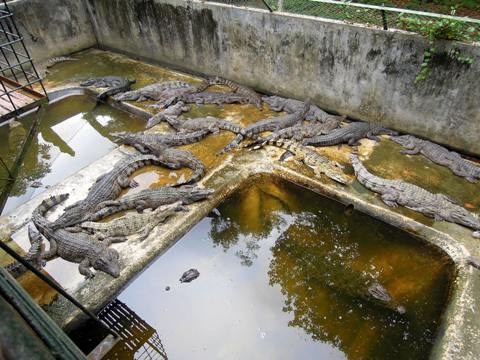 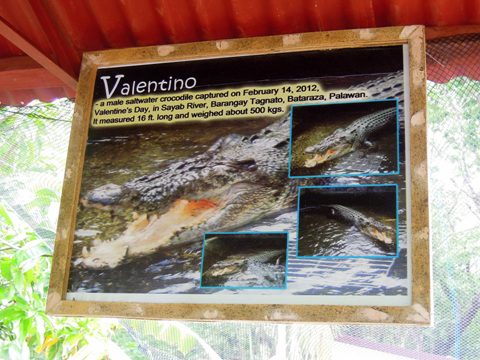 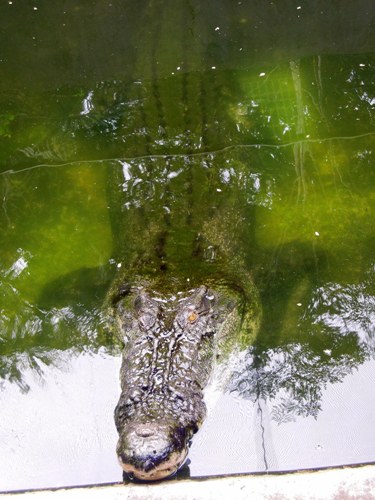 A staging area where you can hold a baby croc will greet you at the end of the crocodile den. There's a minimum fee that you have to pay to have your photo taken with it. Said fee is used by the center in conserving the animals they are taking care of.

Aside from crocodiles, Palawan Wildlife and Conservation Center also houses other animals they've rescued and are now protecting like Philippine cockatoos, ostriches and bear cats. 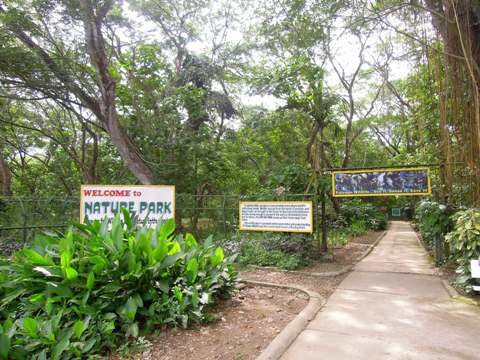 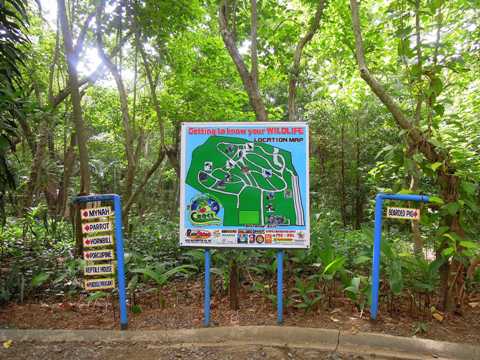 Ella, one of the center's bear cats, was not in the mood to socialize that day. No matter how enticing the banana she was being offered by her trainer, she just keeps running around and avoiding his effort of putting her on the platform.

A must-visit especially if you're traveling with kids and loves animals!
Posted by Dek at 2:23 PM