Blame it on Taal Vista's comfy beds and soft pillows, DB and I woke up extra late the morning (or should I say afternoon) after D+L's wedding. Good thing the staff said it was okay to check out late (with no extra charge) that gave us ample time to take a quick shower and pack our things.

I remember seeing Breakfast at Antonio's on our way to Caleruega the day before so I suggested to have a late lunch there before heading back to Manila. It has been a dream of mine to dine at Antonio's but no matter how great the food is based on the reviews that I've read, paying at least Php2000 per person per meal still gives me a heavy heart.

Breakfast at Antonio's is one of the three famous restaurants owned and personally supervised by renowned Chef Tony Boy Escalante all located in Tagaytay City. The other two being Antonio's Grill and the aforementioned Antonio's.

From the name itself, Breakfast at Antonio's serves an all-day breakfast menu in the more casual and relaxed setting. Upon entering, a staff dressed in French maid uniform ushered us to our table. Choosing from the extensive menu was a difficult task as we wanted to try everything!

After careful persuasion, DB and I finally agreed on having and sharing these both.

We both wanted to order the Salmon Benedict but since DB thought I needed a reward for having an appetite that day (I wasn't feeling well the entire week), he let me ate most of it. Can I just say that this is by far the best Eggs Benedict I've had the privilege of eating?! The eggs were poached perfectly and the Smoked Salmon was very delicious as well.

I vowed to make this my staple order every time we'll go to Breakfast at Antonio's. 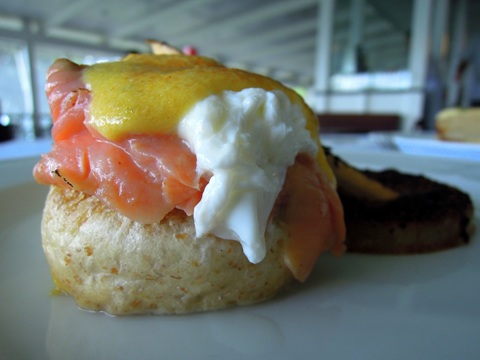 Roesti, a common Swiss breakfast, is basically made from frying coarsely grated potatoes. If you don't like too much butter or oil on your food, better look for another dish to order because their Roesti is soaked from either of the two.

The Fresh Corned Beef on the other hand, was soft and very tasty that definitely made up for the letdown. The Banana Bread it came with was equally delicious as well. 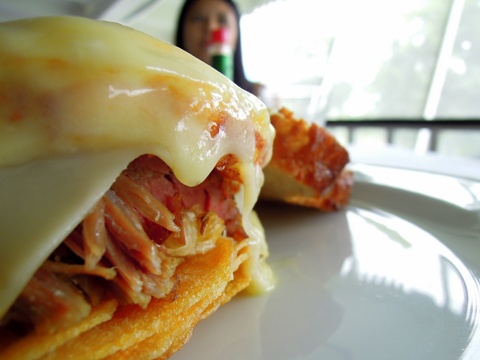 The Banana Bread was too good that we had to ask the staff if we can buy it there. And to our delight, they do sell it along with other breads, jams, fresh vegetables and other delicious treats in the mini store beside the entrance.

I had mine with Speculoos Crunchy Cookie Butter and it was the bomb! You guys should try it!