A Tour of the Historic City of Ayutthaya


The Historic City of Ayutthaya, founded in 1350, was the second capital of the Siamese Kingdom. It flourished from the 14th to the 18th centuries, during which time it grew to be one of the world’s largest and most cosmopolitan urban areas and a center of global diplomacy and commerce. Ayutthaya was strategically located on an island surrounded by three rivers connecting the city to the sea. This site was chosen because it was located above the tidal bore of the Gulf of Siam as it existed at that time, thus preventing attack of the city by the sea-going warships of other nations. The location also helped to protect the city from seasonal flooding.

The city was attacked and razed by the Burmese army in 1767 who burned the city to the ground and forced the inhabitants to abandon the city. The city was never rebuilt in the same location and remains known today as an extensive archaeological site. 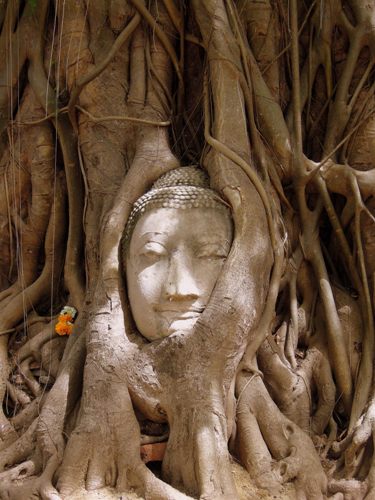 Apart from shopping, what I was really looking forward to during my Bangkok trip with my friends was the tour of the historic city of Ayutthaya. Located an hour away from Bangkok City, the Ayuthhaya Historical Park houses temple ruins, shrines, monuments, historical landmarks and religious effigies evident of the magnificence and splendor of the Kingdom's former capital.

Built in 1374 (completed in 1390) by King Boram Rachathrat, Wat Maha That or "The Monastery of the Great Relic" is considered as one of the most important monasteries in the Ayutthaya Kingdom because of its close proximity to the Grand Palace. 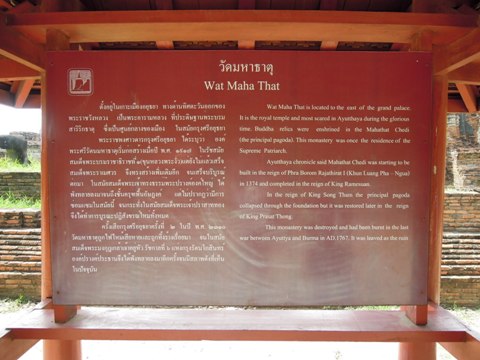 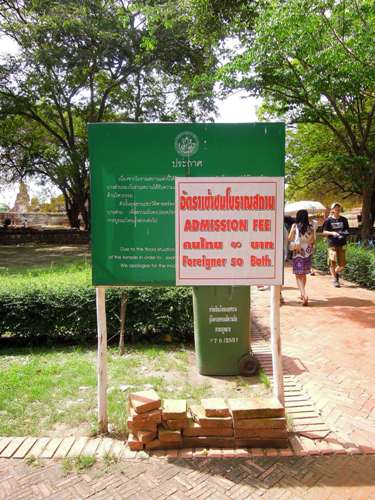 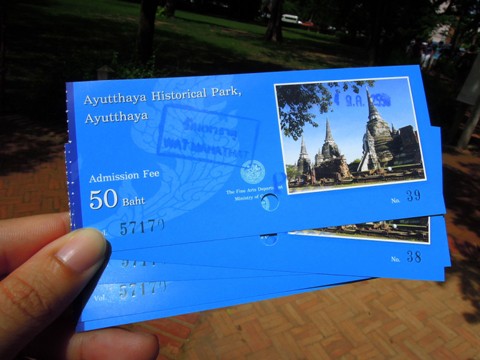 You can rent a recorder (all major languages available) if you're traveling with no guide and prefer to tour the park by yourself. 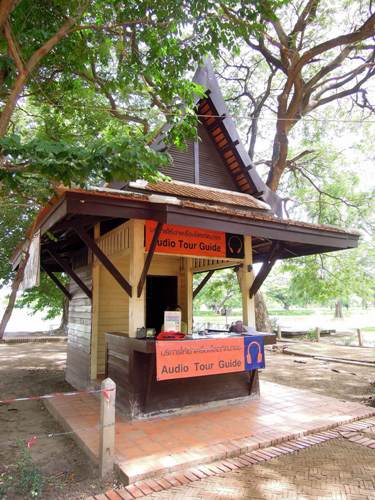 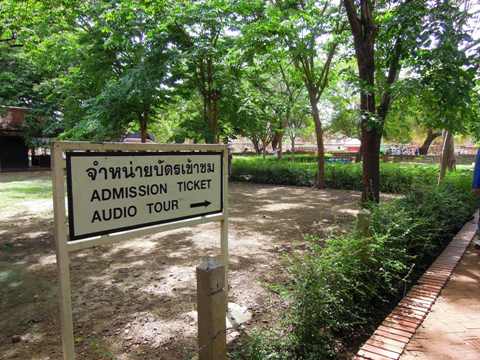 There are several temples I wanted to visit in Ayutthaya but since we started the tour later than scheduled, our guide suggested that we prioritize going to the ruins of Wat Maha That. The place reminded me of the temple ruins we visited in Cambodia two years ago. 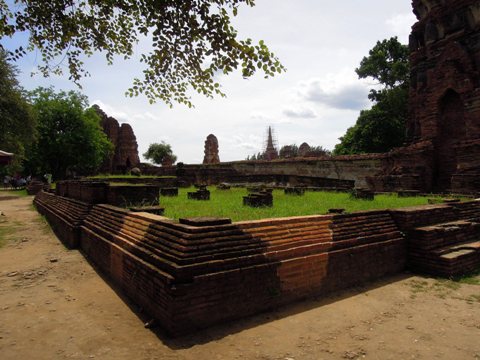 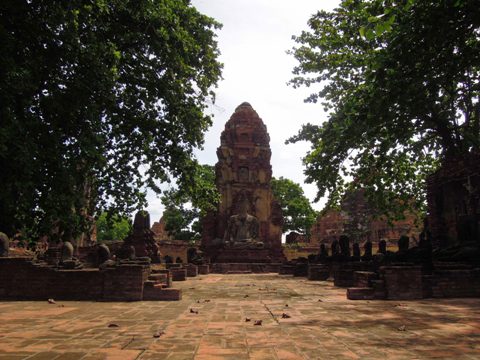 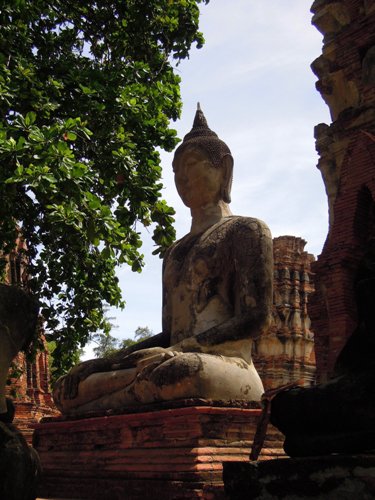 Probably the most photographed spot in Wat Maha That is the Buddha head beneath the tree. 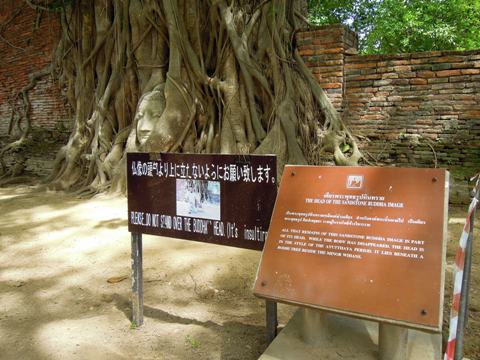 According to a guide we met there, the reason for the Buddha's head placement beneath the tree roots is still unclear up to now. The more famous story though is of the thief who tried to steal the head of the Buddha but the weight was too much to bear so he left it on its current location where a tree grew and embraced it under its care. 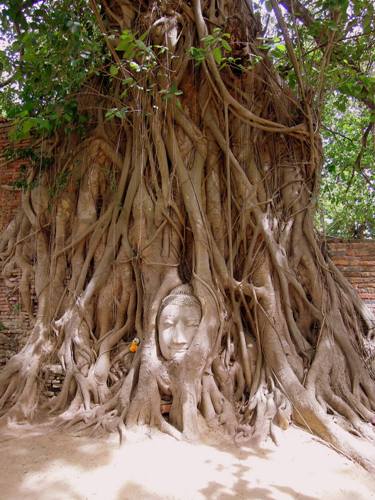 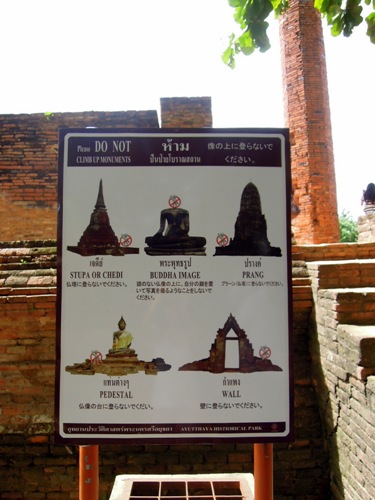 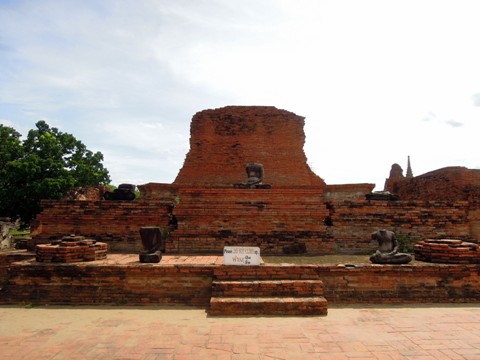 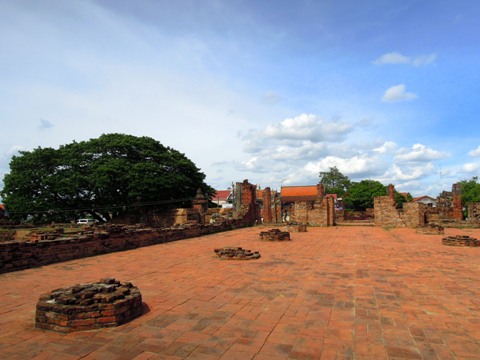 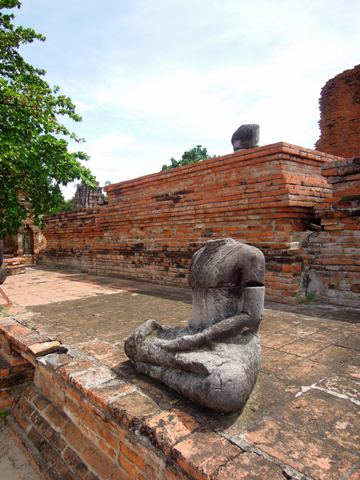 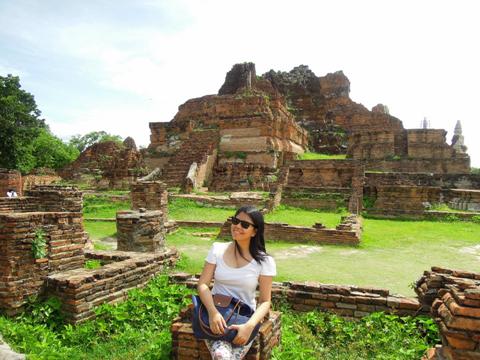 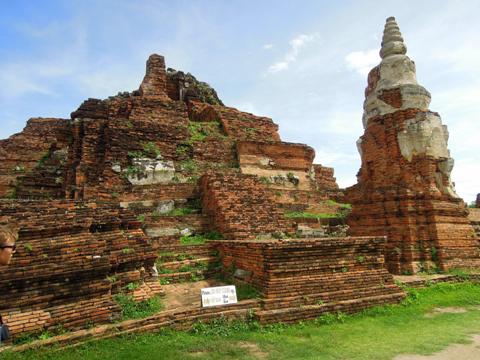 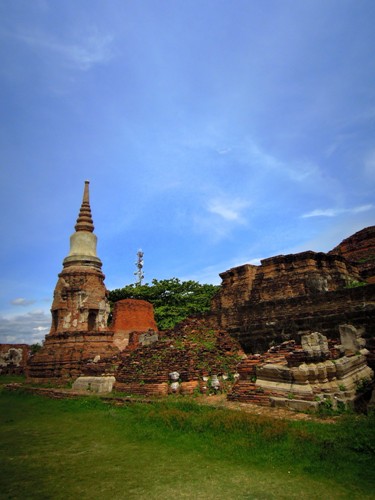 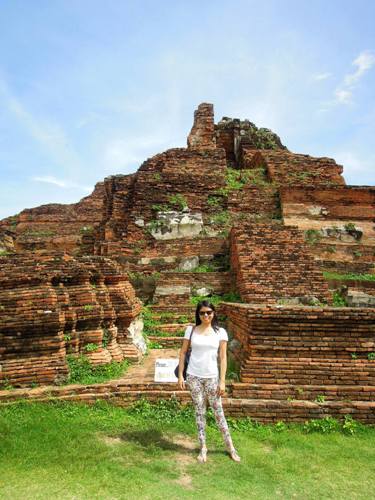 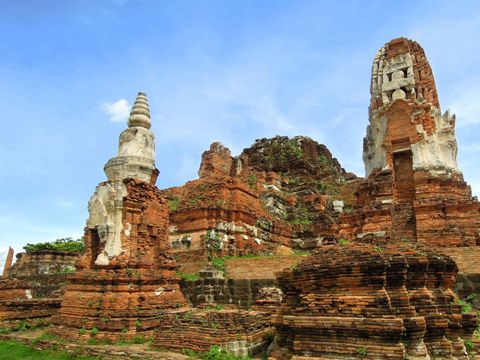 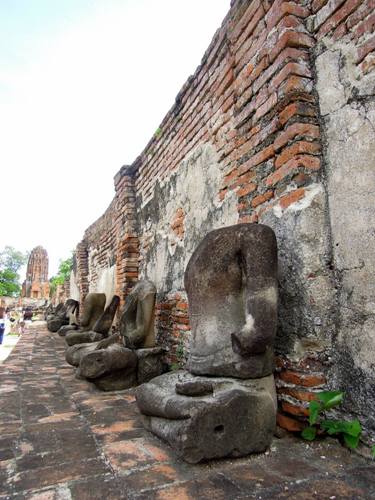 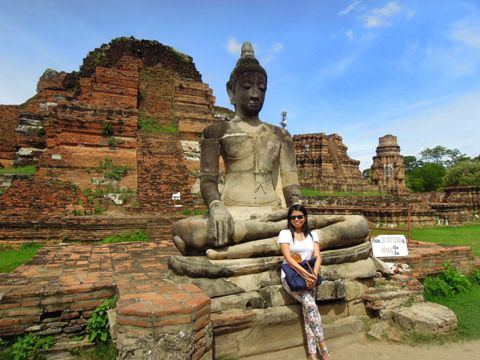 Outside the park is where you could find stalls for your last minute souvenir shopping. T-shirts, key chains, elephant stuff toys, pashmina scarves, local handicrafts and other trinkets can be bought at bargain prices if you know how to haggle. We were fortunate that our driver/guide Kasem did the haggling for us and he was really good! 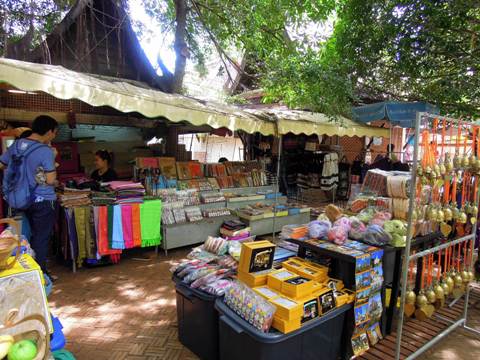 We saw a local vendor selling ice cream on our way back to our service and who we are to resist? It was indeed the perfect way to cool down as it was blistering hot that afternoon. 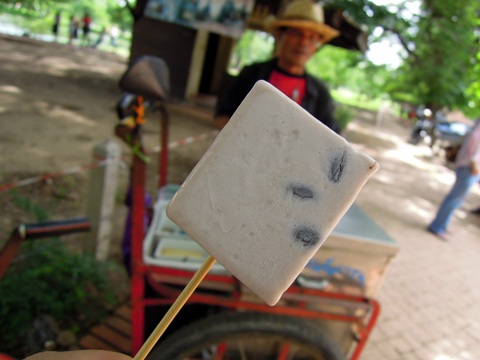 One day is not enough to visit all the historical temples and ruins in the City of Ayutthaya. So if you're planning to go to Bangkok anytime soon, I would suggest staying at least four days so you can visit the sites on your own pace and still have time to go crazy shopping! *wink*
Posted by Dek at 12:52 PM