Any visit in Vietnam's capital Hanoi would not be complete if you haven't been to the Old Quarter, a maze of streets famous for its merchants selling anything from silk, jewelry, clothes, shoes, delicious Vietnamese cuisine and other local products. 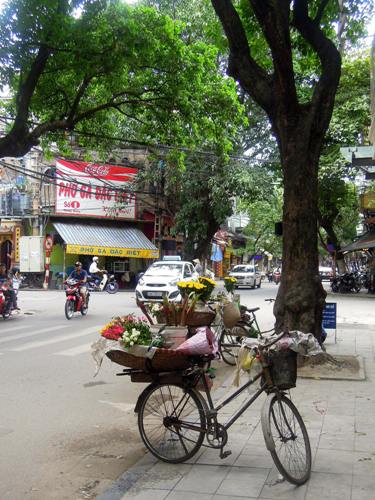 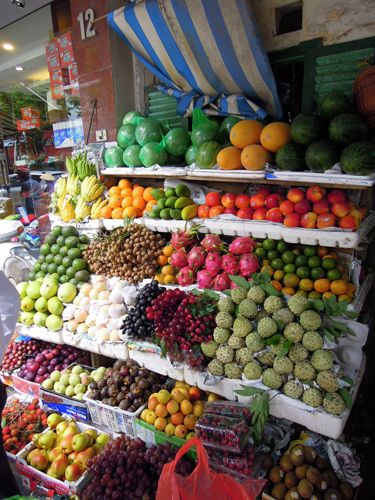 Part of the Luxury Package we availed through Calypso Grand Hotel is a four-hour tour of the Old Quarter. So from Halong Bay Cruise, the wonderful staff of the hotel arranged for DB & I to explore every corner of the Old Quarter with a tour guide, of course. 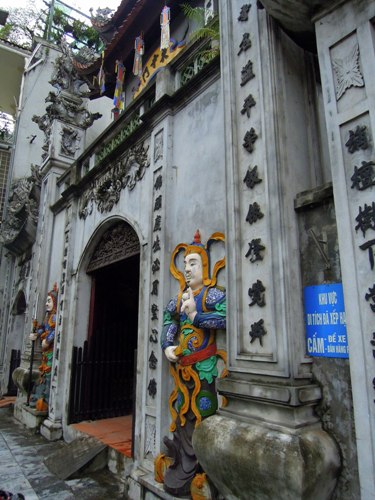 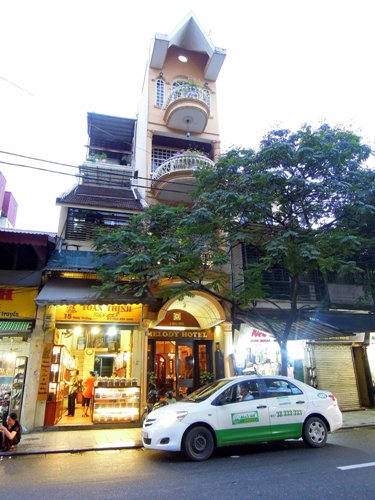 The Dong Xuan market located in the center district of Hanoi is considered to be the largest covered market in the city where you could buy gifts, souvenirs and local handicrafts at low prices. 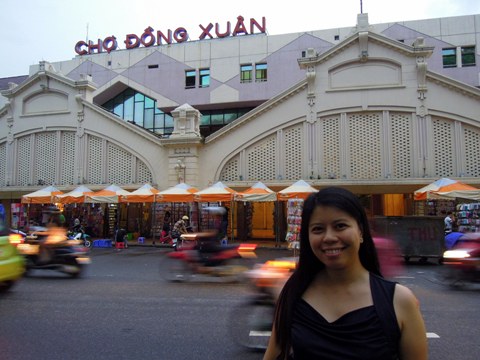 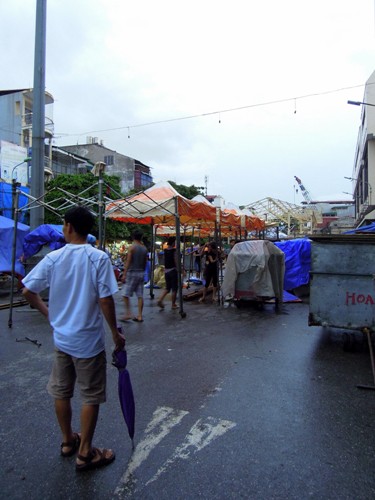 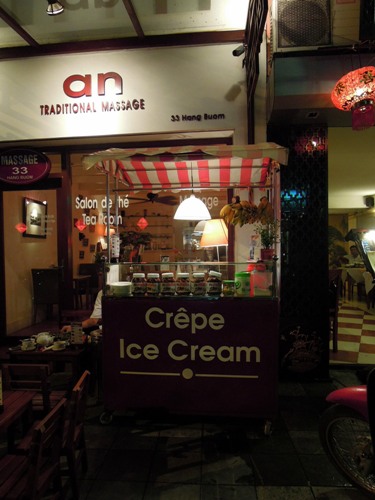 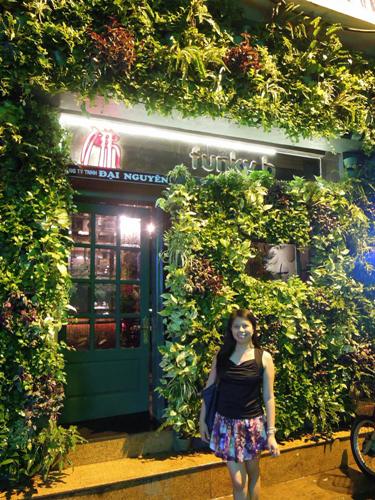 Since properties are taxed by the width in Vietnam, most buildings and establishments in Hanoi are narrow and tall. European architecture is also very evident having been colonized by France in the 19th century. 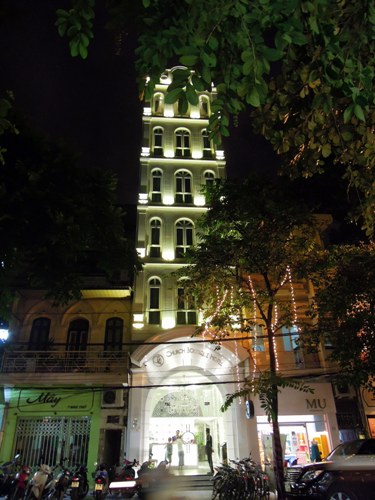 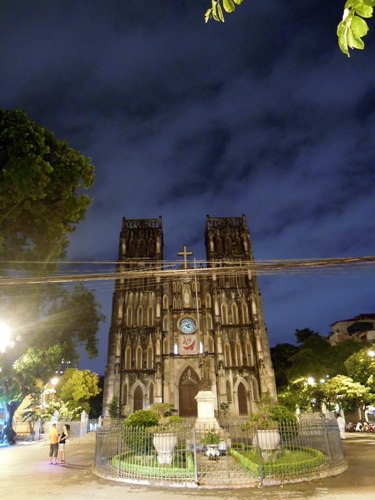 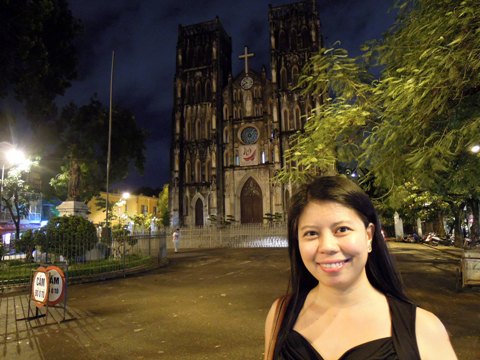 One of the most scenic spots in Hanoi is the Hoan Kiem Lake or Lake of the Returned Sword. According to the legend, then Emperor Le Loi was boating on the lake when his magic sword was grabbed by a turtle which was never found. The emperor believed that the Golden Turtle God had came to reclaim the sword that it had given to him during his revolt against the Ming Dynasty. 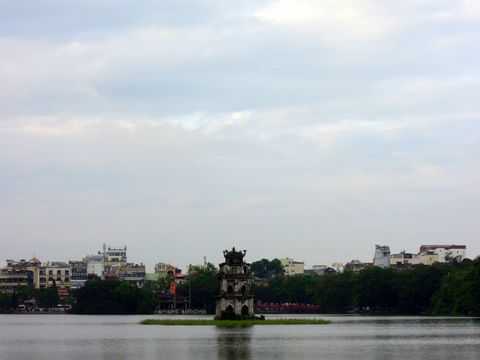 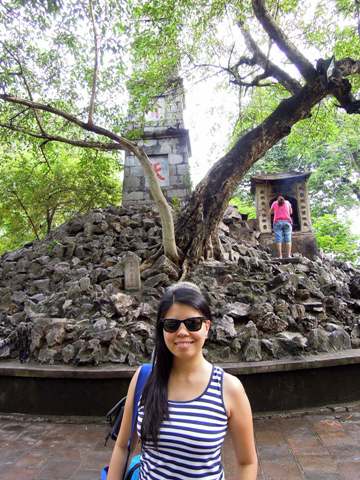 Locals say that the best way to travel in Vietnam is by motorbike. DB wanted to rent one but it was raining when we were there and so taking cabs deemed to be more convenient. I remember our guide telling us that 3/4 of Hanoi's population owns a motorbike and you'll see lots of them in the city. Remember to be extra careful when crossing the streets because they come from different directions and doesn't give way to pedestrians. 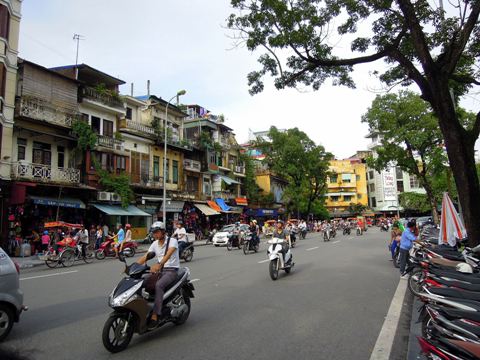 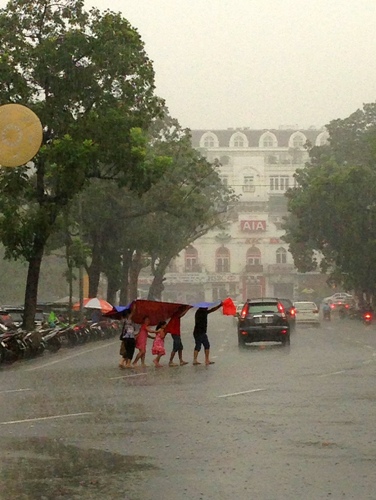 I now know why most people who come home from Vietnam carry a North Face bag or two -- because they just grow on trees!