Situated in the center of Halong Bay's heritage zone, Sung Sot Cave was discovered in 1901 by the French and have been called as Grotte de Surprises or Cave of the Surprise since then. Sung Sot is probably the most spectacular cave DB and I have ever been to with its two chambers and high ceiling (30 meters max) with stalactites in various shapes. The first chamber has been described to be similar to that of a wide theater hall where a narrow passage leads to the second chamber. The deepest part of this chamber is where you can find the fascinating "royal garden" with a clear pond and a broad diversity of flora and fauna. 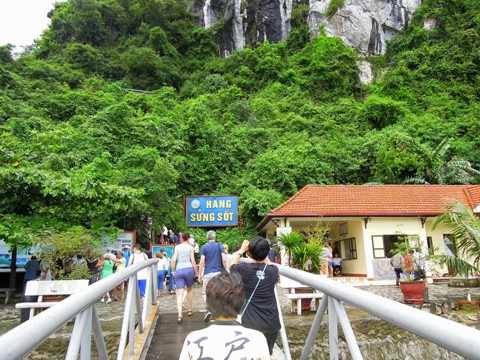 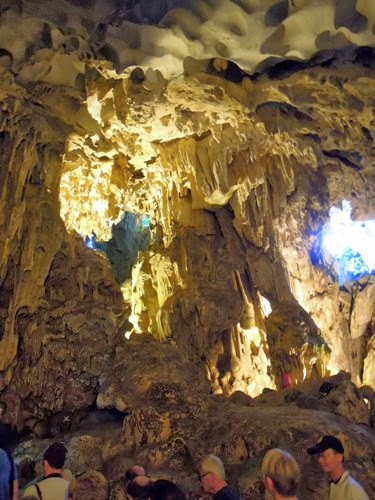 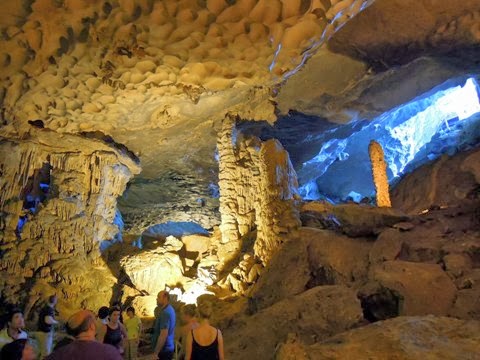 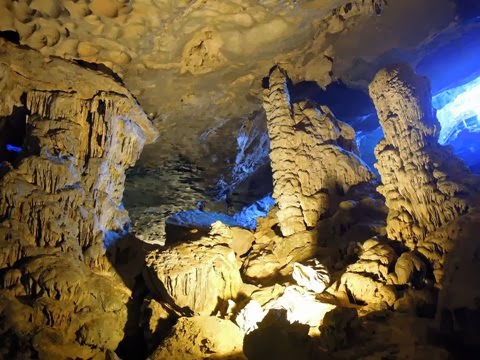 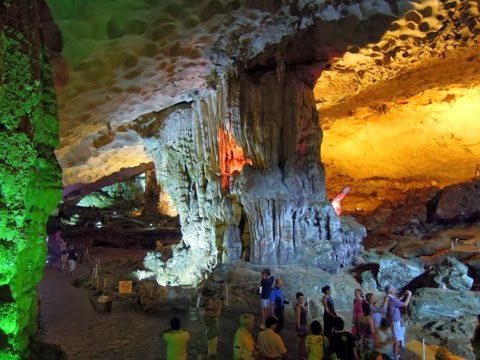 The grotto covers an estimated area of 10, 000 sqm. with about 500 meter paved passage intended for tourists wandering the famous cave. Light posts and spotlights with varied colors installed for illumination adds charm and enchanting feel once you step inside Sung Sot Cave. 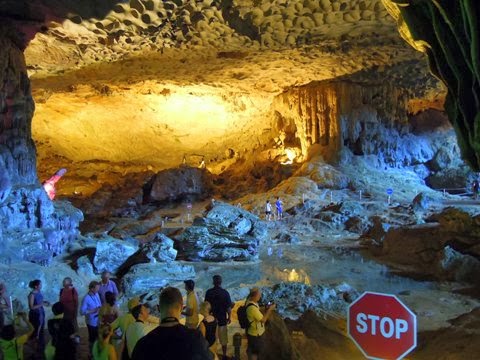 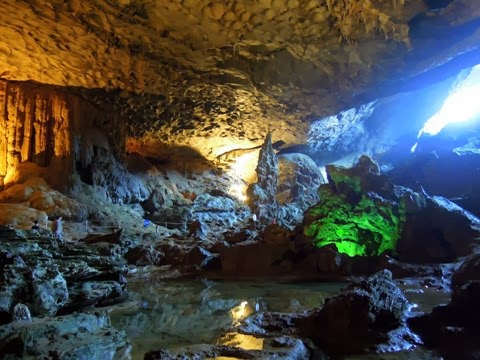 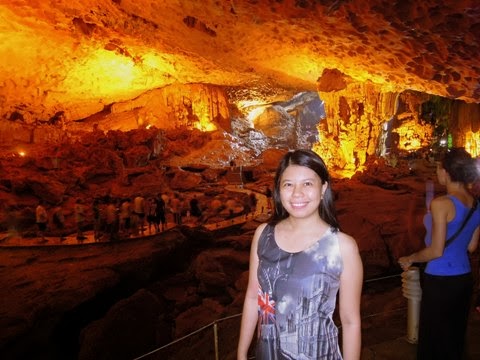 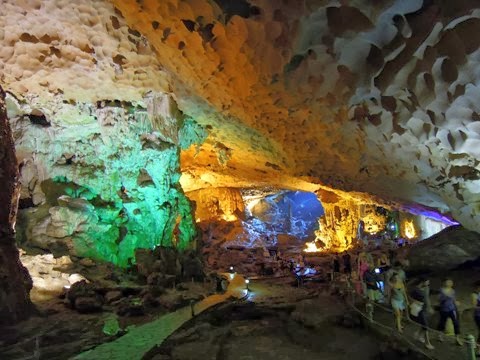 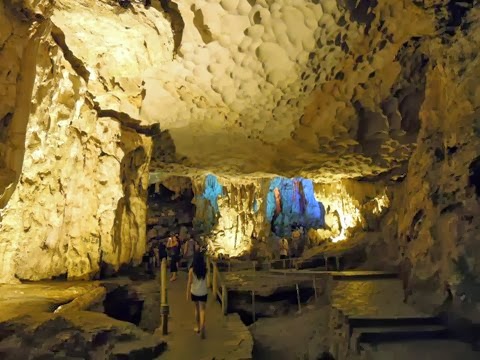 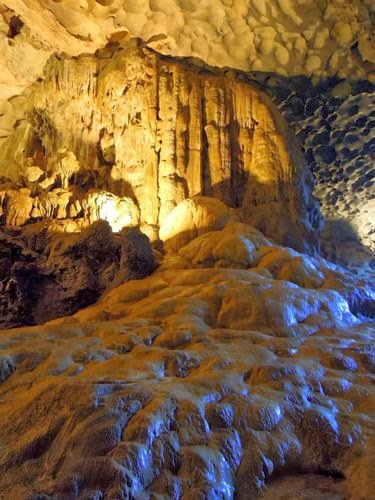 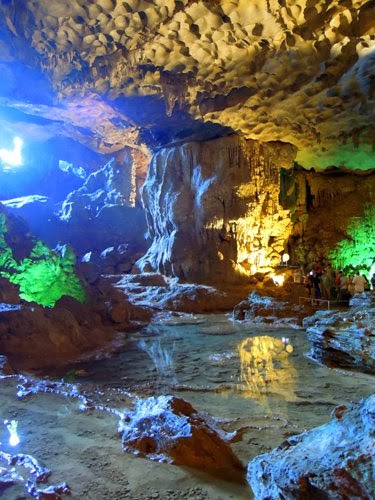 The exit will lead you to the steps going to the deck with an amazing view overlooking the famous Halong Bay. Such a picturesque sight! 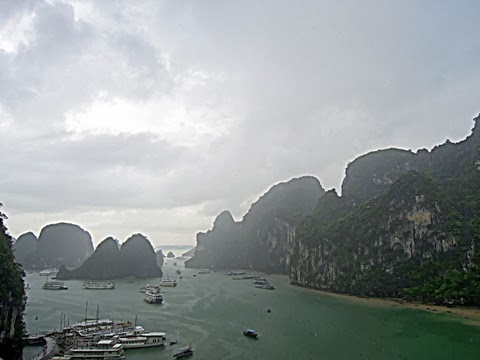 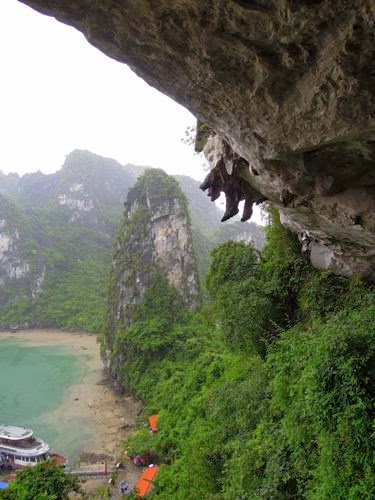 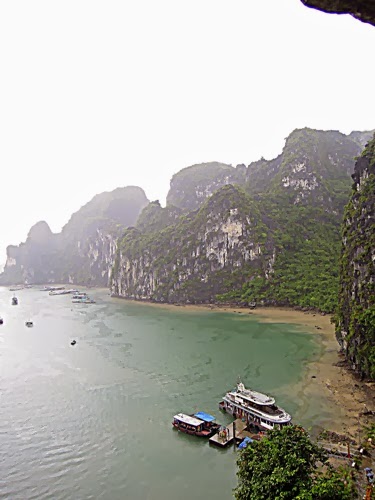 If you don't like too much crowd, I suggest visiting Sung Sot Cave early in the morning while most tourists are still having their breakfast. Remember to wear comfortable clothes and shoes as there are slippery and uneven paths you have to climb and walk to. And lastly, keep an open mind, bring a camera and be prepared to be surprised!
Posted by Dek at 2:46 PM