With all the hype and great reviews online, Ramen Yushoken has been on the top of my list since it opened in 2012 but I never really had the chance to visit the most famous ramen place down South until recently. The restaurant instantly popped into my mind as we were looking for a place to dine that night that's near Azumi Boutique Hotel where we were billeted for the weekend.

It was already nearing the 9pm mark when we arrived and place was still surprisingly full! We even had to stand behind 8 more groups/couples on the waiting list before we were ushered to the chairs by the counter as we cannot wait for a table any longer. 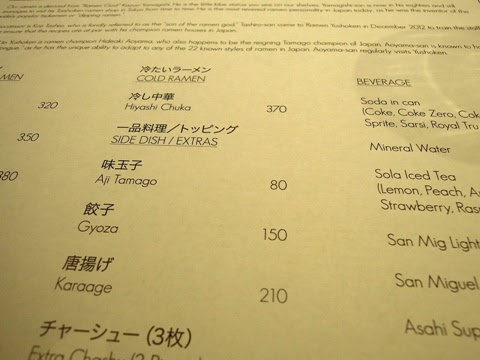 If you prefer to try something new and exciting, you must order their best-selling Tsukemen which means "dipping noodles". Get the noodles using your chopsticks then dip it into the flavourful and rich broth that comes with the order. The soup is highly seasoned so do not make the mistake of dipping the noodles for too long. 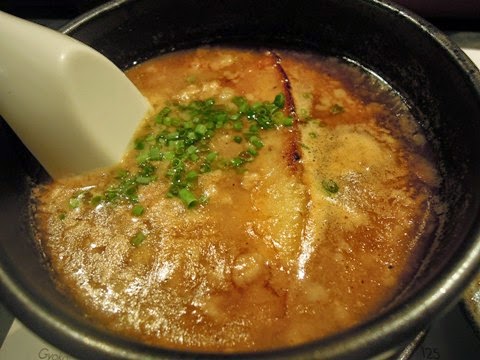 A friend of mine has been raving non-stop about Yushoken's Hiyashi Chuka so I made up my mind that when I got the chance to visit, there's no way I will let it pass. This version had generous ingredients which I loved but it was lacking the oomph factor that makes me salivate whenever I think of Ukokkei Ramen Ron's Hiyashi (still the best ramen place for me). 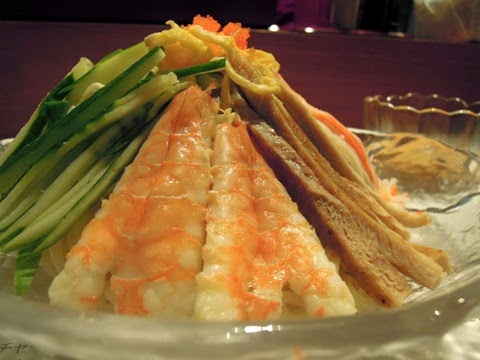 Maybe it's the sauce, maybe it's the noodles, but Yushoken's Hiyashi and I don't have chemistry I was betting on. It's probably a sign that I should try to check out other dishes on the menu rather than sticking to one and being loyal to one flavor only.