Did you know that Japanese women have the longest average life expectancy in the world? Because their traditional diet is known for being high in fish and low in fat, majority of these women tend to live until 87 years old, that's 15 years more than the average life expectancy of Filipinas! While I still have more than half a lifetime left in me to travel the world, who wouldn't want to have that extra 15 years? I guess that's more than enough reason to eat Japanese food everyday!

My journey to a healthier and longer life resumed with CS' suggestion for us to dine at one of the most underrated Japanese restaurants in Metro Manila - Yuujin. The place has been around since 2012 but it was only recently that we were able to try it ourselves. The place was packed when we arrived on a Saturday night, a great indication that we made the right choice. 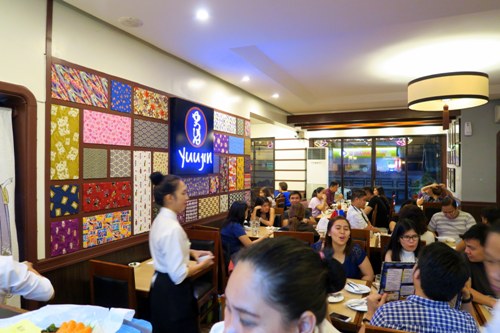 We opted to take the seats by the sushi bar instead of waiting for a table to become available as we were too excited to try Yuujin's delicious offerings. Besides, it was amusing to watch the chef and the staff do their magic right in front of us, makes the waiting even more bearable. It did not took long enough until the staff handed us bowls of stewed ground pork with potatoes, bell peppers and carrots. The savory starter was an unexpected but a welcome treat to condition our palate to a delectable evening. And who even says no to free, right?

We made sure to order the Salmon Sashimi upon seeing that all tables have at least one plate each. The price may be standard for any Manila-based restaurant but look at that thickness! I know that sashimi should be consumed as a whole but it was a mouthful that I had to bite in the middle to fully enjoy it. The freshness of the salmon was also exemplary as evident in its vivid color. CS saw how fresh the Saba is from our seats which made it even harder for him to resist after seeing it on the menu. Another steal for its quality and the generous cut of the sashimi. 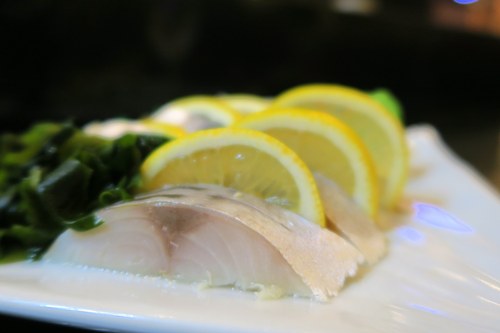 The server recommended their bestselling Crazy Maki with insane toppings of shredded kani and rolled in tempura flakes. I usually prefer my maki with raw fish but this one's hard to forego with its tasty flavors and crunchy bite. Such a fun treat for customers who prefer cooked dishes. 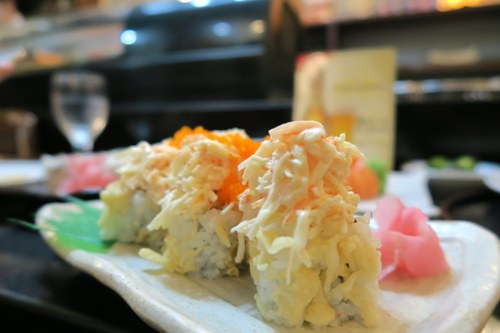 Anything with spicy tuna and I'm sold! Seeing that Yuujin offers it in maki form made me curious and thrilled at the same time. Not only are the ingredients topnotch, but all our orders are filled with huge cuts of raw fish including this Spicy Tuna Maki. 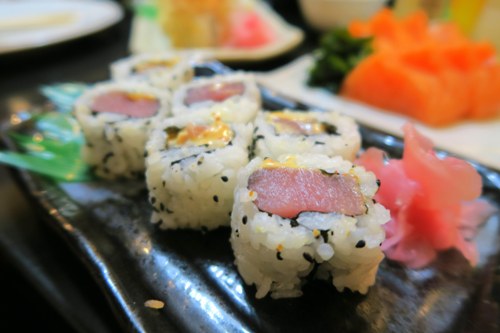 If you live and breathe Japanese food like us, it would be a shame if you've never heard of or haven't been to Yuujin at least once in your lifetime. So save yourself the trouble of going around town to look for the best because we've got it covered!

My Top 3 Japanese Restaurants in Manila are: