The world's first ever GPS-guided storytelling car, GoCar tours offers the most unique and exciting way to roam around San Francisco. These electric mini yellow cars are pre-loaded with more than 500 attractions and points of interest throughout the city. So when my good friend A asked us if we're game to try this instead of driving a car to tour us around, we immediately said YES! First thing to do is to choose the package and tourist spots you wish to visit. In our case, we paid $120 per GoCar for a half day tour of the most famous landmarks in San Francisco plus insurance. Making an online booking is also recommended because they only have several GoCars available for rent. The staff then requested for the licenses of the drivers for the necessary paper works while we went ahead and watched the safety video. After signing the papers and paying the fees, we hopped onto our respective cars and made our way to the city. Talk about sightseeing in style! 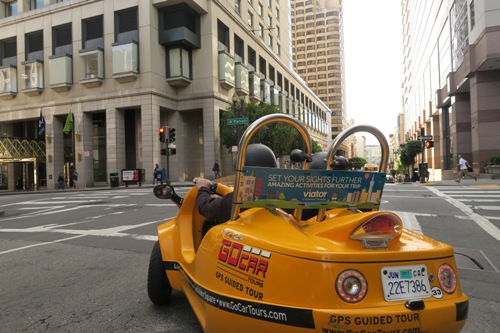 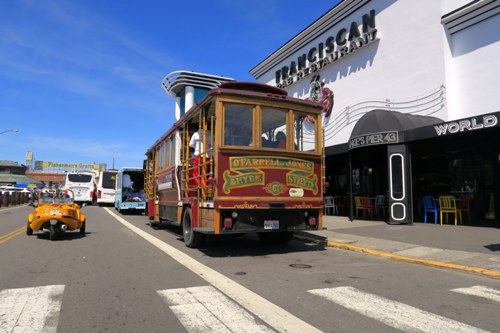 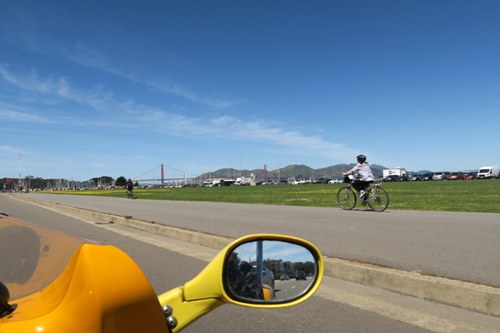 
Perhaps the most recognizable landmark of San Francisco, the Golden Gate Bridge is a mile-wide suspension bridge that links the city of San Francisco and Marin County. Standing high and proud at 746 feet tall, it opened in 1937 after four years of struggling in construction due to fog, relentless winds and treacherous tides. The GoCar GPS guide took us to a vista point under the bridge at the Fort Point site (best angle in the morning) but A thought of a better idea to drive north of the bridge and hike up the Marin headlands for a more scenic view of Golden Gate Bridge. 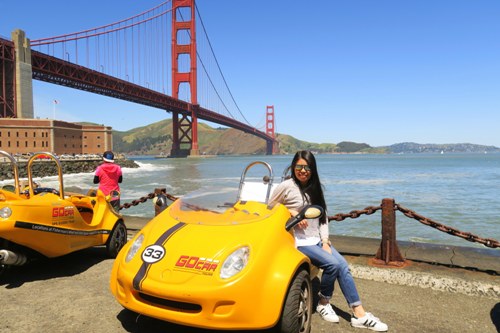 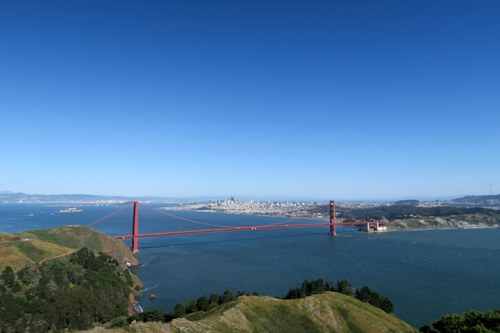 International orange (not red as I thought) was the color of choice for the Golden Gate Bridge to provide visibility for passing ships especially when there's heavy fog. 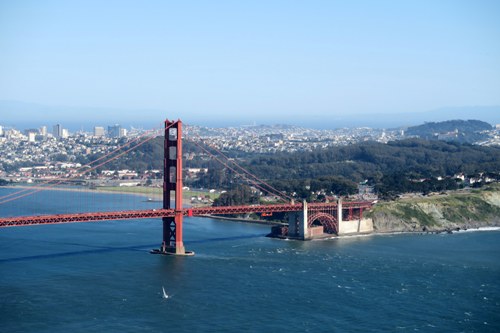 
The third oldest chocolate company in the US, Ghirardelli prides itself as a manufacturer of premium chocolates by using only high quality cocoa seeds for its products. Situated on the west side of Fisherman's Wharf, Ghirardelli Square is the exact location of the original ice cream and chocolate shop where customers can now see chocolate manufacturing equipment, indulge in hot fudge sundaes, sample Ghirardelli Squares (they're very generous in handing them out), visit an assortment of boutiques, and dine at the numerous restaurants located within the plaza. 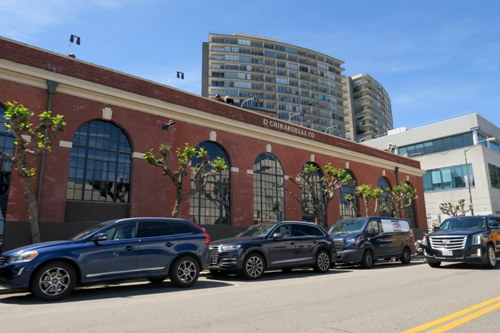 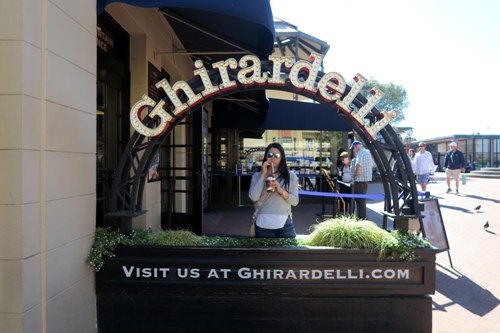 By noon time, we made our way back to the GoCar booth along Mason Street to return our rides. It was an exciting experience but a half day tour is enough as we wanted to travel farther and in lesser time. We could have visited more places as recommended in the guide book but we wanted to stay longer in certain spots as this was my first time in San Francisco. So after returning the GoCars, we picked up the car and drove to other famous attractions in the city.


Known for its world-class dining, shopping and entertainment options, Fisherman's Wharf is the most famous waterfront community in the whole of San Francisco. This vibrant and thriving local neighborhood is also home to Ripley's Believe It or Not! Museum, Musée Mecanique (San Francisco's Antique Penny Arcade), the Aquarium of the Bay at Pier 39, the S.S. Jeremiah O’Brien (one of 2 remaining fully functional Liberty ships) and the World War II submarine - the USS Pampanito. 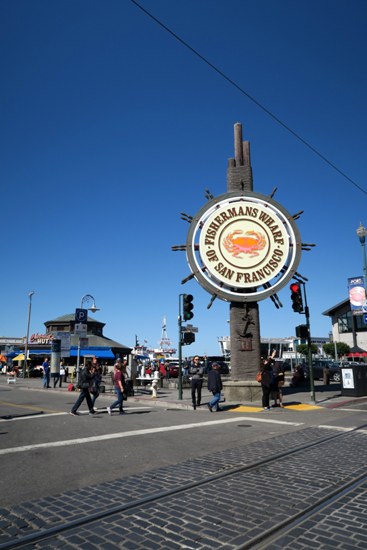 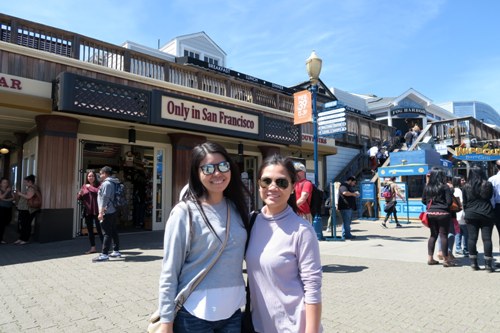 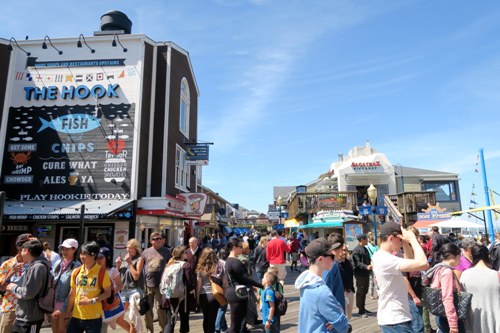 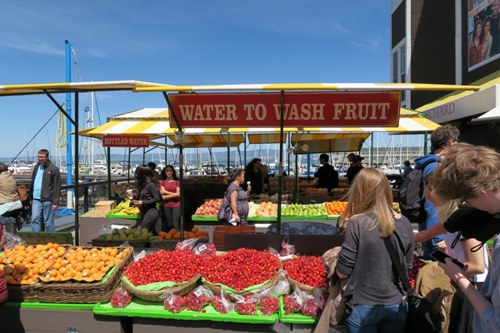 If schedule permits, a tour of The Alcatraz Island (aka The Rock) is recommended as well. The infamous federal penitentiary was once home to America's most notorious criminals such as the likes of Al Capone from 1934 to 1963. Day tour to The Rock costs about $40.00 per person. 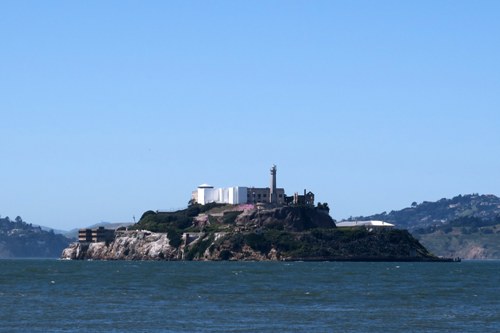 Another popular sight at the Fisherman's Wharf are the hundreds of sea lions that camped out at Pier 39's West Marina. Shortly after the 1989 Loma Prieta earthquake, the sea lions suddenly appeared in droves of 10 to 50 but the population grew to about 300 within a few months. 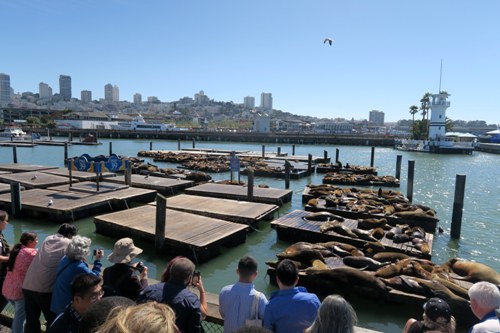 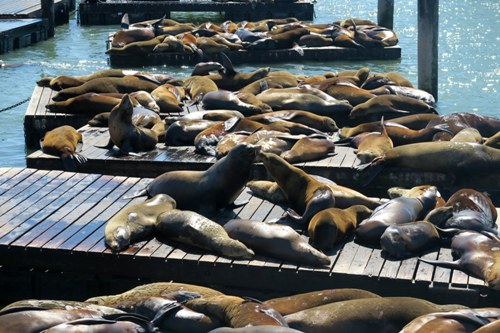 
The iconic Palace of Fine Arts is a popular wedding and photography spot in San Francisco with its Greco-Roman style Rotunda and colonnades across a peaceful lagoon. Offering a lovely view and a calming vibe, no wonder a lot of local and international movies and television shows choose this spot for film productions. The structure was originally built for the 1915 Panama-Pacific Exhibition and has became a city treasure since. Admission and parking is free of charge. 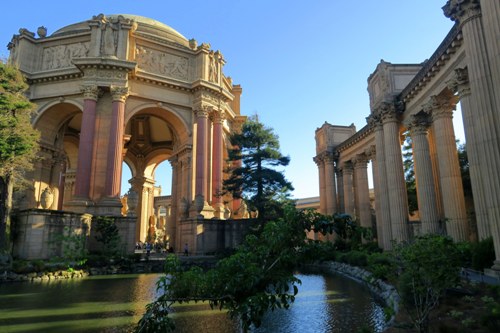 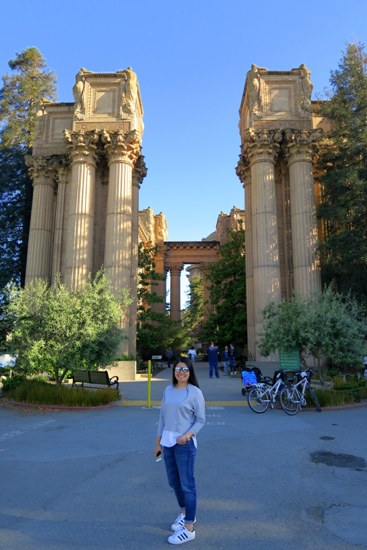 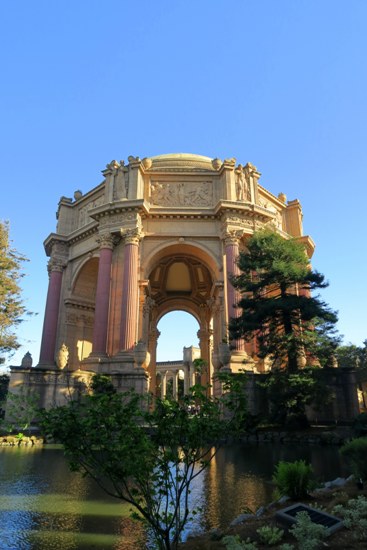 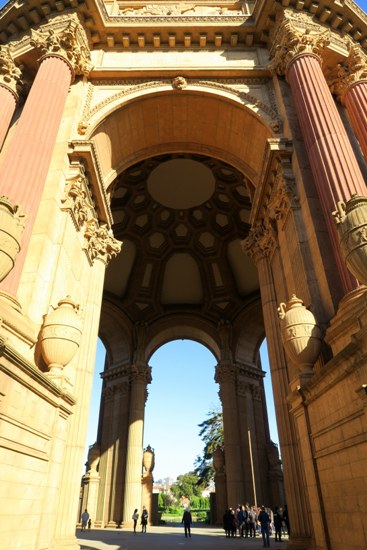 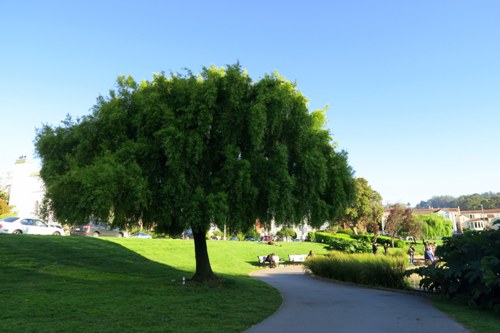 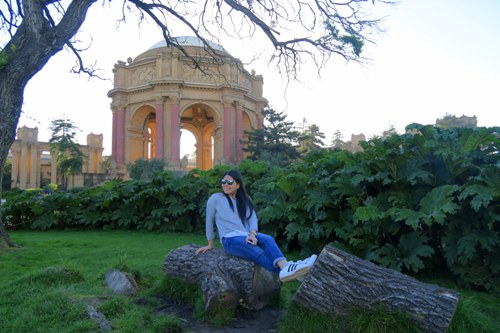 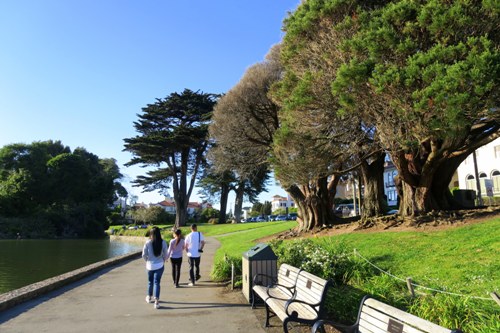 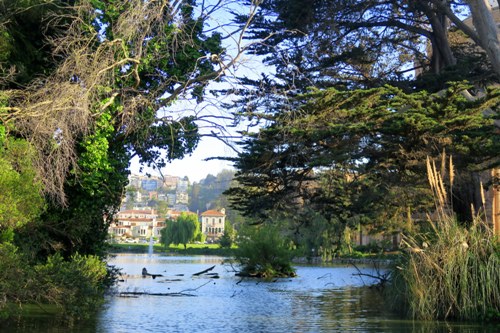 As the song goes, I left my heart in San Francisco but I'm hoping to redeem it soon!
Posted by Dek at 12:49 PM