Ta Som Temple is a small and charming Buddhist temple built by King Jayavarman VII in the 12th century in a classical Bayon style. This style of architecture depicts towers with large faces and giant roads in between them. 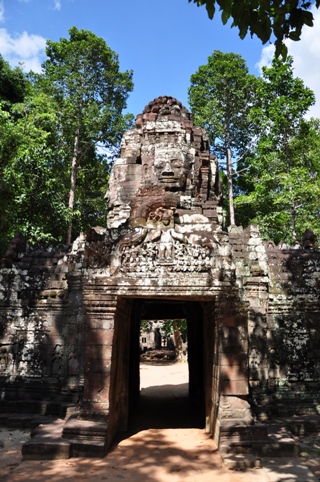 The design was simple but genius! 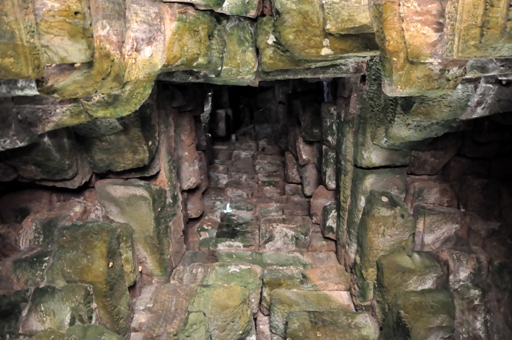 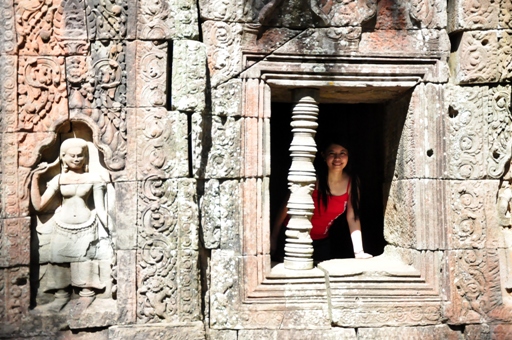 In spite of its semi ruinous state Ta Som has a captivating beauty like very few of the Angkor temples due to its remote location and the merge of nature with the temple. 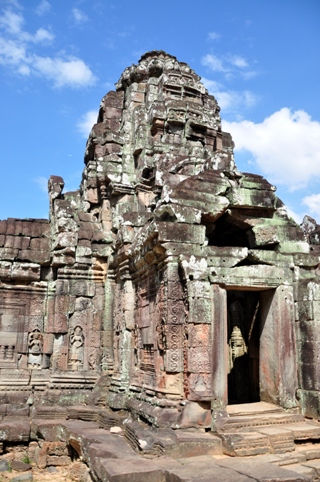 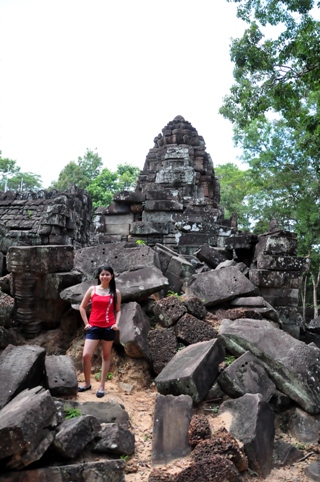 Renovation is still on-going as with most of the temples. From what we've read, a lot of countries including Japan, South Korea and Germany have already sponsored in restoring them. 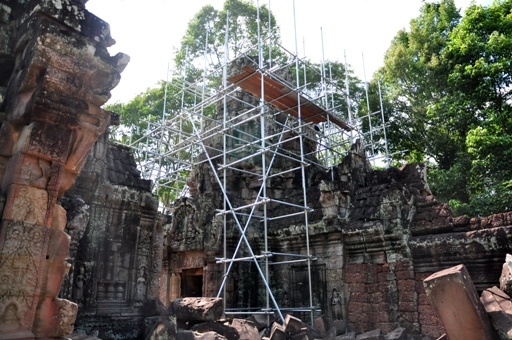 A large ficus tree has grown out of the East gate causing considerable structural damage but creating a picturesque sight. 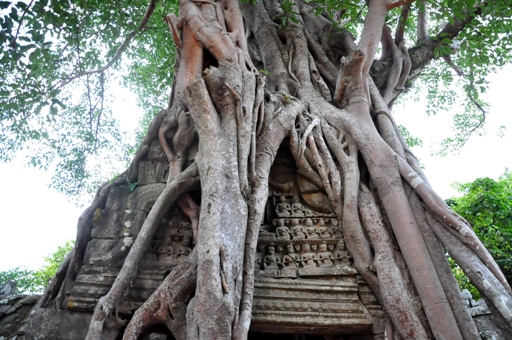