After spending a few good minutes at Uniqlo which recently opened its first store in the Mall of Asia (I was able to score some colored pants at Php590 only!), we proceeded to Cafe France just across the popular Japanese clothing store to have dinner. DB and I wanted something light and delicious so we both agreed to eat at CF.

We usually go to Almon Marina for our sandwich fix but a 10-minute shopping for DB is like spending the whole day at the mall. So walking for another 5 minutes or so is not an option. 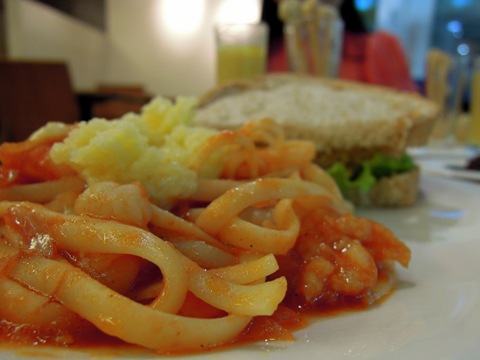 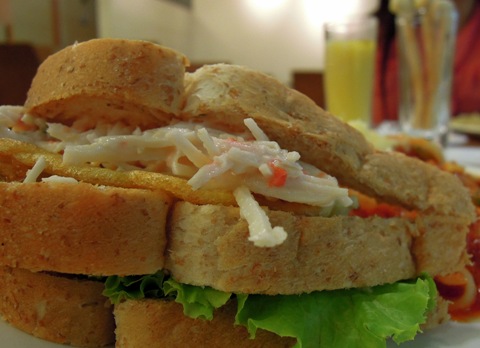 The tray also comes with three mini bread sticks with Chicken Soup dip and a glass of fruit juice. 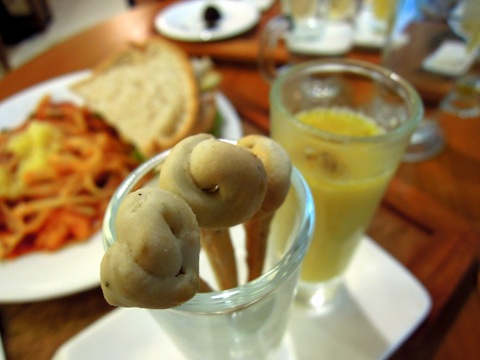 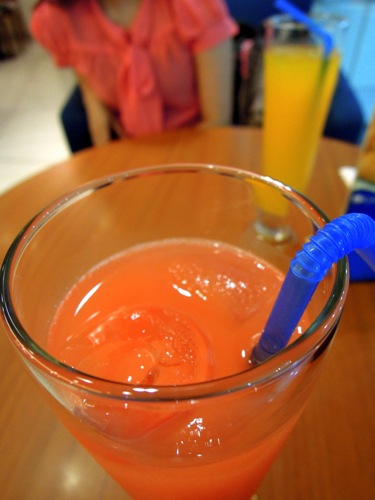 I, on the other hand had the Philippe Tray Couture which has everything I wanted! The French Dip Roast Beef was tasty and tender as expected while the Beef Stroganoff was a revelation! It was my first time to try Cafe France's version and I really liked it. The sauce was creamy and tasted mighty fine and the pasta was cooked to perfection. 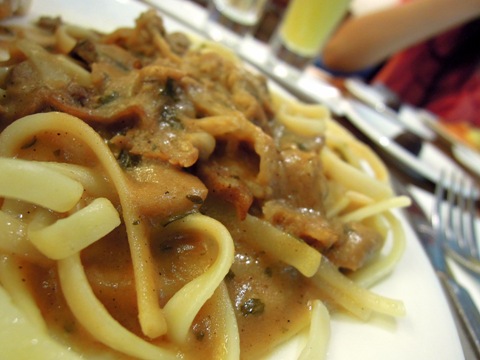 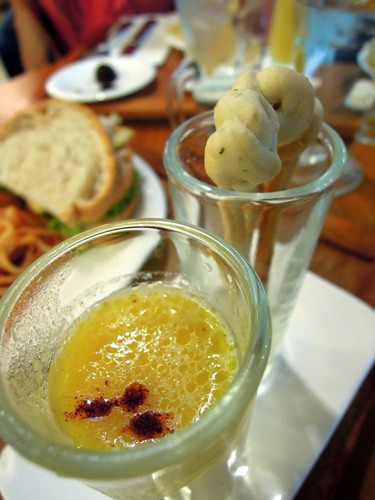 The trays also comes with a piece of milk chocolate with dried apricot inside for dessert. I asked the staff for the chocolate's brand and I was told that it was being delivered in the store in boxes with no name. 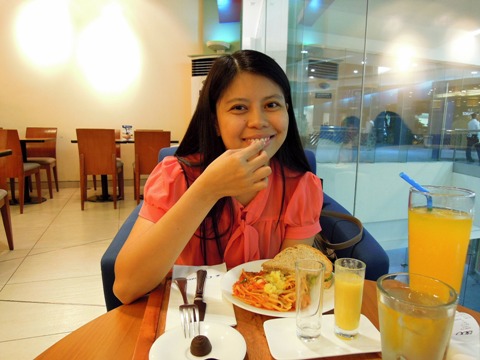