Serving mostly Colonial-Spanish cuisine, The Wine Museum is now becoming a popular spot for couples, friends and families craving for delectable meals paired with wine from the restaurant's great selection (imported from different countries all over the world) in a very intimate setting.

The restaurant is also owned by the Joseph brothers who have been distributing wines across the Philippines for over 35 years now through their popular store Ralph's Wines and Spirits.

Aside from the restaurant on the ground floor, they have a wine museum (hence the name of the building) and a seminar area on the second floor which can also hold your birthday parties, company gatherings and just any occasion which requires good food and cozy ambiance. The third and fourth floor is where the rooms are located since The Wine Museum is also a boutique hotel.

I was surprised to see that the Beef Stroganoff came with pasta since I was expecting a rice meal but it was still a great pick off the menu nonetheless. The pasta was cooked al dente while the beef was soft but not soggy. I just added a dash of pepper and voila.. muy delicioso! 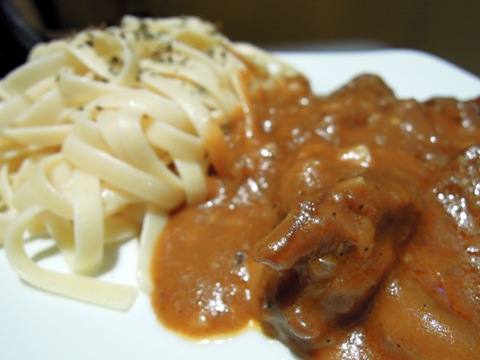 There are actually two types of Paella being offered here -- Seafood Paella and Paella Collonal which has seafood, chicken, pork, ham and sausage. I've heard The Wine's version is one of the best in Manila but I feel like it lacks flavor and color. Maybe I should try Paella Collonal next time for its variety. 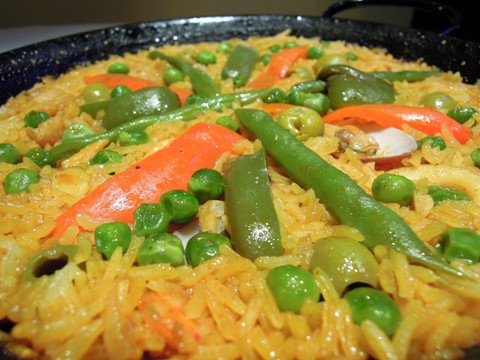 I'm glad that we now have more choices near the airport area. So if you're flight got canceled or delayed for a few hours, you know where to go.