I Met Butchoy in Boracay

It's been two years since I last set foot on the fine and powdery sands of Boracay. I was quite worried the night before because the news said that typhoon Butchoy is set to land in the Philippine Area of Responsibility the following day, our trip to the island. I was constantly texting with my friend who is monitoring the weather until the morning of our flight. He said its not going to hit the province of Aklan so we decided to pursue with our short vacation.

A plane, a tricycle, a boat then a multi-cab ride after and I am back in my ultimate beach destination! The weather was gloomy the whole day but it didn't dampen our moods, we explored and walked from Station 3 to Station 1 like its our first time there. 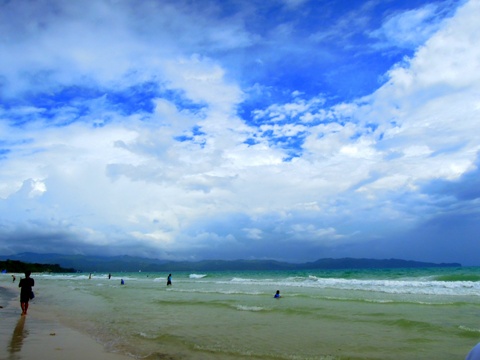 A lot of people enjoying the waves brought by the strong winds courtesy of Typhoon Butchoy. 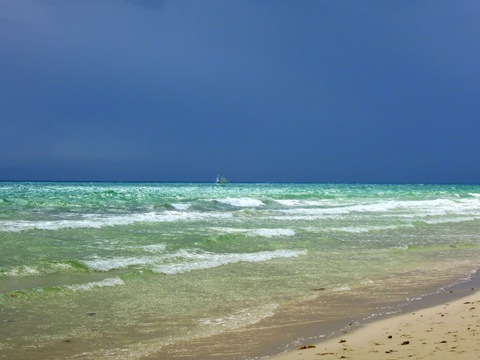 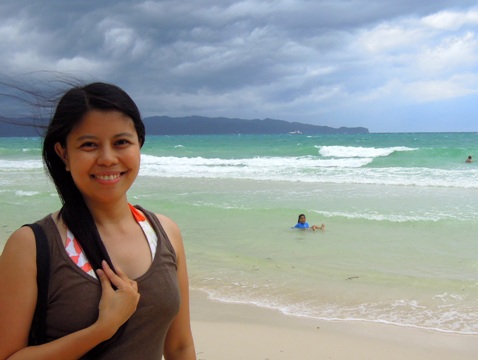 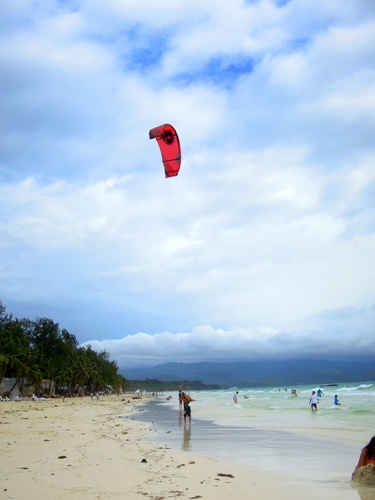 I saw on CNN that Kiteboarding is now officially considered as an Olympic sport and will make its first appearance in the 2016 Olympic Games in Rio de Janeiro, Brazil. That's enough time to practice folks! 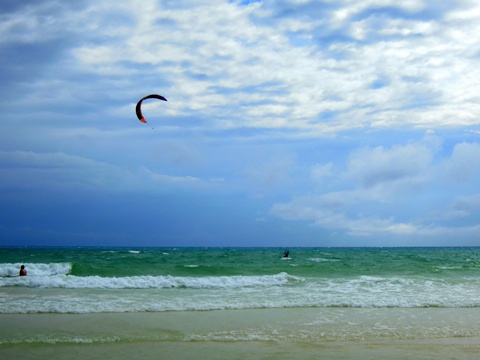 A lot of seaweeds by the shore especially in Station 3, one disadvantage of traveling to Boracay during the rainy season. 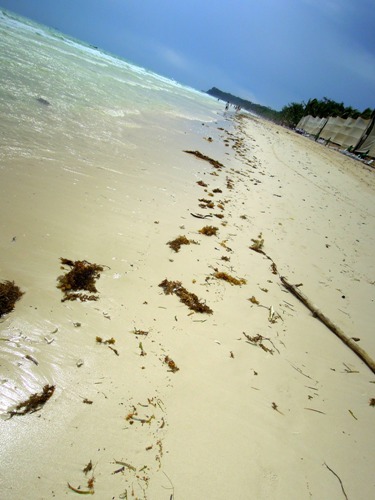 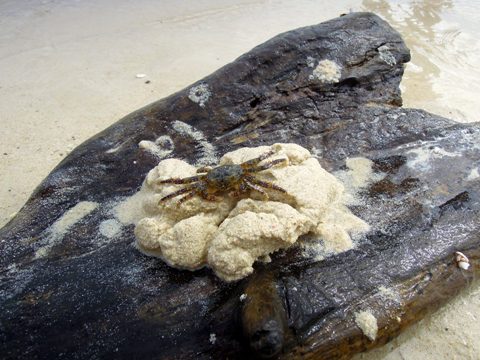 I was scared to go on an island-hopping trip seeing how strong the waves are. The 50% discount off the usual rate that they are offering did not appeal to me at all. 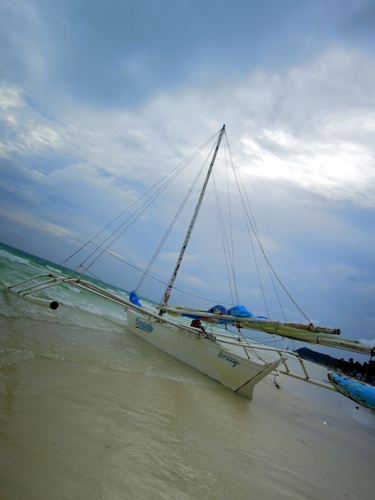 A favorite landmark in the island -- Willy's Rock! 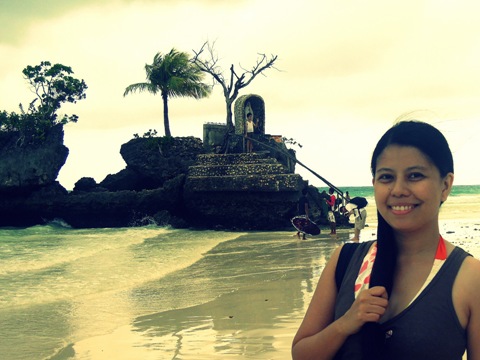 We watched a Fire Dance performance before heading to a massage place by the beach near Starbucks for Php299. What a steal right?! 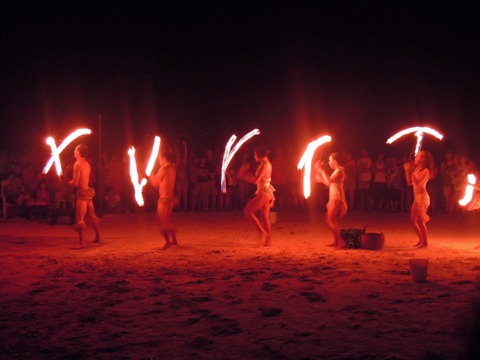 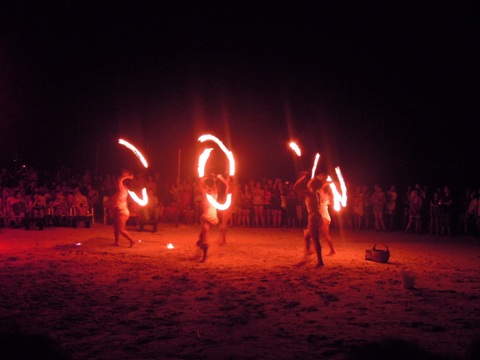 They're really good ha! People can't stop applauding the group after each performance. 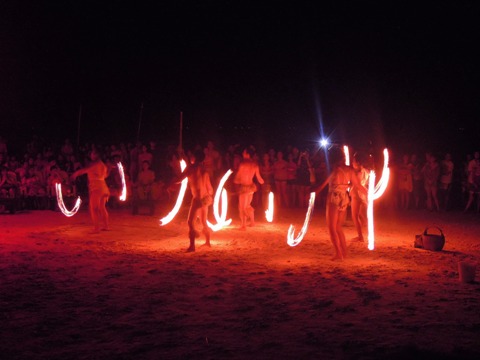 I thought making sand castles is already prohibited here but we saw one along Station 1 so a photo is in order. 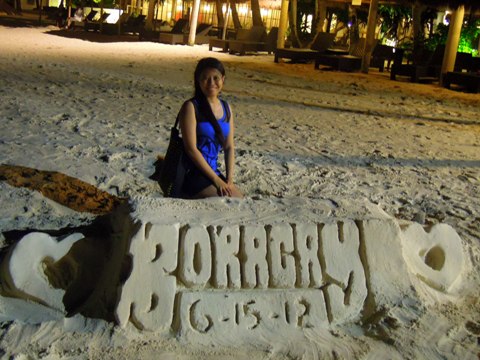 I woke up the following day and the sun is out and shining! 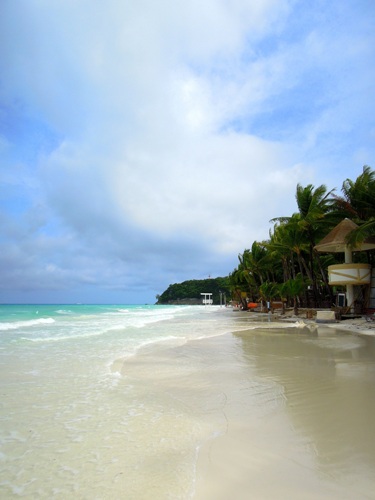 I can live here forever.. 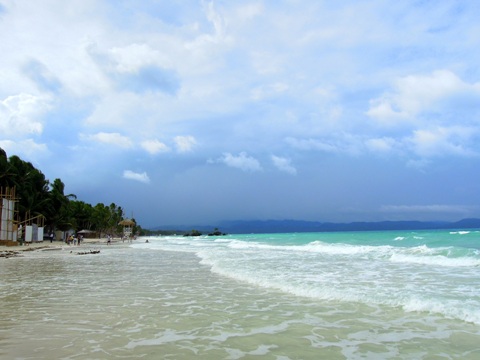 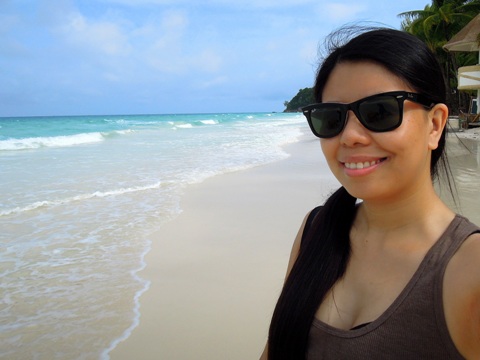 Oh Boracay, you never cease to amaze me!
Posted by Dek at 3:17 PM