If you have a big appetite and a bigger love for yummy food, you've come to the right place!

Out of the eight countries with Hot Star franchise outside of Taiwan, the Philippines now has 7 branches within Metro Manila in locations such as Katipunan, Banawe, Fishermall and Eastwood in Quezon City, SM Manila, SM Megamall and Blue Bay in Pasay City. I've tried it once before but didn't really liked the flavor so I thought of giving it another shot. With food prices getting more expensive nowadays, you'd be amazed with what your Php180.00 can get at Hot Star. 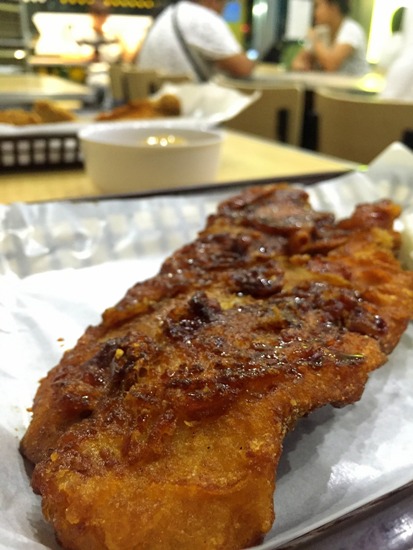 Hot Star lived up to the hype of having a 12-inch deep fried chicken with our orders as big as the basket it came with! Between the Crispy Large Fish and the Original Large Chicken, we liked the fish more with its delicious barbecue sauce. The chili pepper was generously poured over the chicken that made it way too hot to eat ala carte. I asked the staff for a serving of the barbecue sauce to balance the flavor of the chicken but my request was denied even if I was willing to pay for it. I honestly do not understand how some establishments can be so unaccommodating! 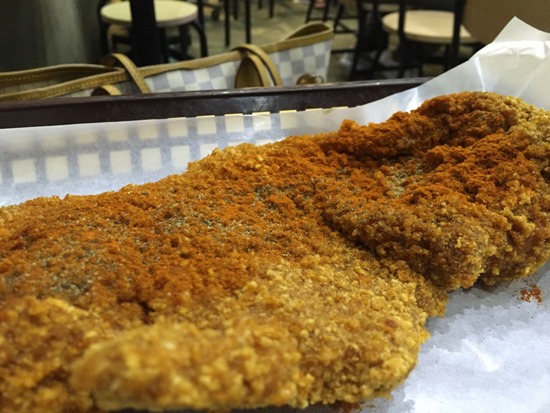 I'd probably stick to the barbecue sauce or just plain salt and pepper next time. But that would be in another branch with hopefully a friendlier staff and more flexible store policies.