I say hearty because everything we ordered were just what our hearts desire.

Before continuing our journey up north where Thunderbird Resort Poro Point is, we made a stopover at Cafe France for breakfast. We were feeling kinda lazy and relaxed so we chose Cafe France even if it means that we have to spare at least an hour here, well, we're not in a hurry so why not.

We were standing in front of the counter for quite sometime already before we finally made up our minds on what to order. If you've tried CF's sandwiches in the past, you'll know why. After paying, we chose the most comfortable seats in the cafe and waited until our orders were served.

First to arrive were the drinks -- Orange and Four Seasons in tall slim glasses. Two things I would love to be. 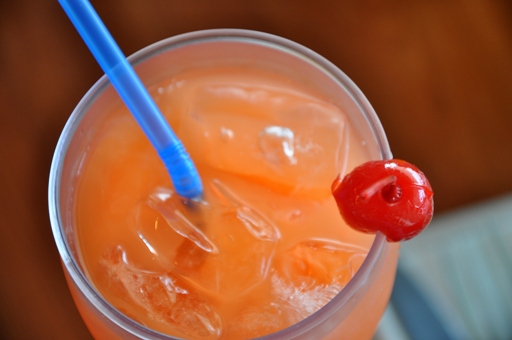 Afraid to fall asleep while driving, we also ordered a tall Iced Mocha. I guess with all the fluid intake, falling asleep won't be a problem because we would constantly be looking for a restroom.

I've always loved Cafe France's French Dip Roast Beef ever since that it came to a point that even after having dinner somewhere else, I would still drop by CF and order this. There's something about the bread making a dunk on the gravy that makes it so delicious. 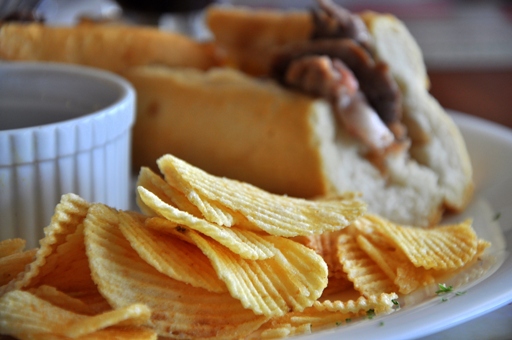 I don't really like croissant so I passed taking a bite on this one. The oiliness of this bread turns me off. But if its Norwegian Salmon in Ciabatta Bread, I would take credit for finishing everything on the table. 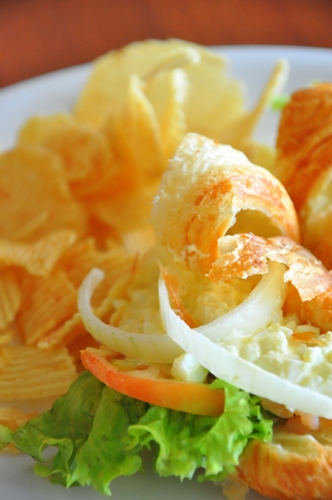