DB surprised me one night with a box of goodies from Park Avenue Desserts! 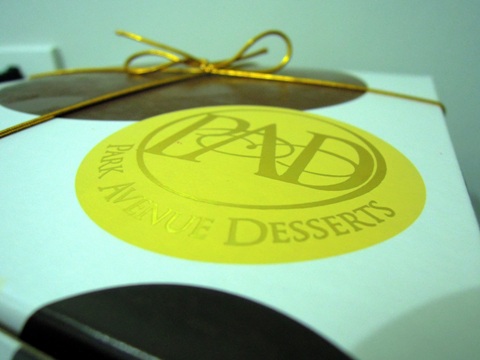 I've been meaning to go back to this dessert wonderland since my last visit in 2011 (read it here) but never had the chance nor the time to come back. 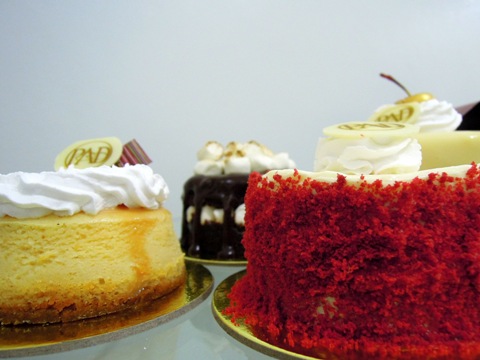 The box had four gorgeous looking cakes inside. So even if I was drooling just by looking at it, I had to take photos for souvenir and so that I can share them all to you. The pictures I mean.


It was too pretty to look at, another view is in order.


I first tried the Red Velvet Cake which was overly sweetened (I've recently tried Red Velvet from Karen's Kitchen and it was the bomb!) then I moved on to the Chocolate Malt which was okay but lacks a magical connection with my taste buds, the Dulce de Leche Cheesecake on the other hand was the best among the group (how can you go wrong with Cheesecake anyway) and lastly, the Black Forest Mousse which was a lovely sight until I tasted it. Let's just leave it at that.

This box of surprises made me sad and worried. Is PAD losing its magic? Or DB just chose the less favorites among the chiller-full of cakes? But even he was quite annoyed since according to the staff at the counter, all of those are their bestsellers (except for the Cheesecake which he chose himself). It was not a sweet night I tell you and we were both unhappy with how the night ended.

I really hope PAD will redeem itself soon because I'm not giving up. Please for the love of my tummy, bring the magic back!