I have a confession to make.

I was born and raised in Cavite but since I hardly go out unless necessary, I am probably the last person here who hasn't been to Subi-Monte Cafe. Well, that was until a few weeks back. 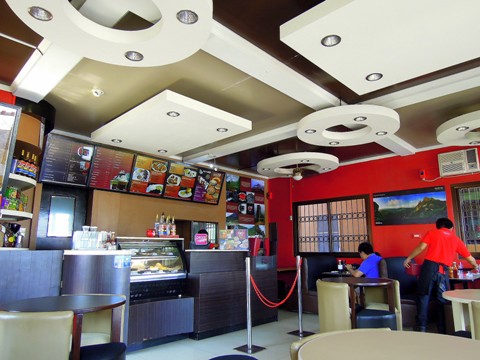 DB and I had to run some errands in Kawit and when we arrived around lunch time, we decided to have lunch first before meeting up a friend. Another surprising revelation to me was that most restaurants around town is closed on Sundays. We were lucky that Subi-Monte, which I've been hearing a lot from friends and family for years now, is open for lunch!

If memory serves me right, Subi-Monte started out as a coffee shop then later on ventured into a casual dining place with menu that ranges from your favorite breakfast meals to pasta, sandwiches and other rice dishes.

The waitress recommended for us to try their own tea mixes. I chose the Strawberry Peach Tea which I liked very much though I hardly tasted the Peach in it but it was good nevertheless. DB had no choice but to go for the Basil & Lime because we wanted to try both. It was a mistake! It tasted medicine and it was so bad! If you still remember Frosty back in the 90's, it tasted like that but this one's 10 times worse.

The Beef Tapa was delicious but the serving size was too small (it only had a few pieces of meat) it looked like DB was eating a kiddie meal. 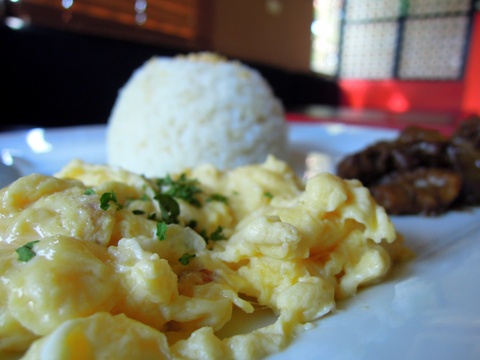 So to make up for the size of his order, we also had Spaghetti Pesto to share. It was okay but could use more flavors and seasoning. 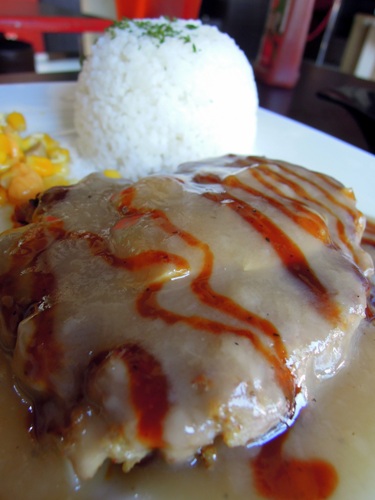 I wanted to try the Liempo, Subi-Monte's bestseller, but it was unavailable that time so I settled for this Salisbury Steak. It was surprisingly good and I was definitely satisfied with the serving. 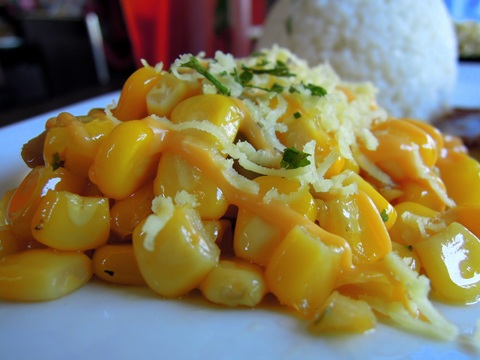 The staff were courteous, the place was clean and nice and the menu was affordable. I think I found a new hang out place.

Or should I say, I can totally relate now to my friends' Subi-Monte talks.