We were on our way to Malate one afternoon when I saw a familiar logo that I've been seeing a lot in the blogs I read these past few weeks. So after doing our errand at Robinson's Place Manila, I convinced DB to try out Kokoro Ramenya for dinner. 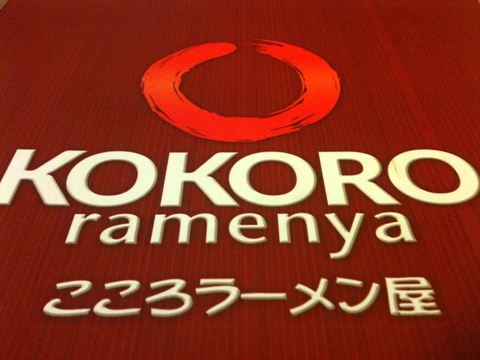 I love Japanese food but Ramen is at the bottom of my list. The only reason I would agree going to a Ramen place is whenever I hear the words Ukokkei Ramen Ron and I'm so there! You can read my posts about it here and here.

Anyway, since we wanted to try something new and this seems to be a promising place (from what I've read) we parked the car, climbed the stairs and chose the most comfortable seat in the restaurant. One of the waitresses handed us the menu and left to get some hot tea which was perfect for that rainy night.

The Spicy Tuna Maki is one of the top-selling items in Kokoro Ramenya. And after taking a bite, it is now a bestseller to me too! The spicy level is bearable and I love that there's a crunchy sound every time I chew. So worth the calories! 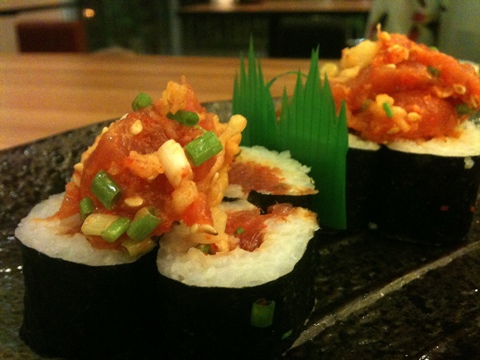 DB ordered the most popular choice in the Ramen family -- Hakata Classic. He made me taste it and I must say that it was really tasty and flavorful! 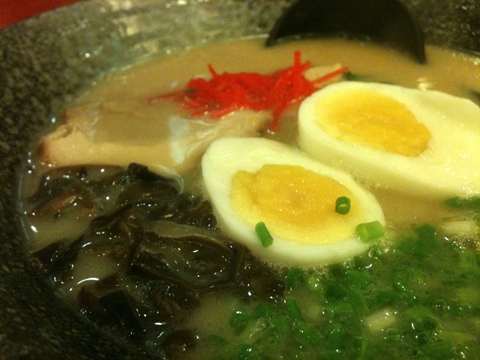 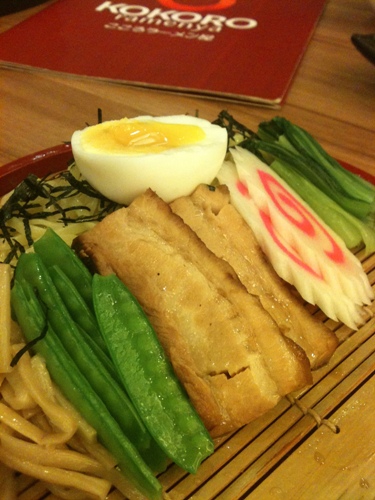 I had the Kokoro Tsukemen hoping my beloved Hiyashi Ramen from Ukokkei will finally have a competition. I was actually torn between this and Kokoro's Hiyashi but upon recommendation of the waitress, I settled for the Tsukemen which was a big mistake! The description on the menu said that it comes with Kokoro special dressing but it was just plain noodles. I asked the waitress about it and she said that I actually have to dip it in the "dressing" which I thought was Miso Soup.

Left with no choice, I tried dipping it with the warm soup/dressing which by the way defeats the purpose of ordering cold noodles, but I still didn't liked it. I was forced to eating one bite after another because we did not want it to go to waste but after finishing half of it, I gave up!

The only thing I liked about my order was the melt-in-your-mouth Chashu (sliced pork) and this soft boiled egg. 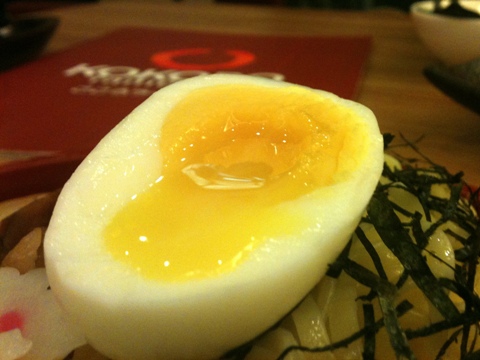 I would love to come by again soon, trust my instinct and order Kokoro's Hiyashi.