We were leaning towards having hotpot for dinner so I convinced DB to go back to Shabu Yaki. I was already making a mental note on what will I order along the way since I was so hungry then. Upon arrival, we were both surprised that the name of the restaurant was changed to Songdowon!

First thing I noticed when we entered was the smell of grilled meat. One of the waiters who looked very familiar approached us and informed us that Shabu Yaki is indeed closed and Songdowon is under new management. We are happy to learn that he was one of the lucky ones who were hired by the new owners. 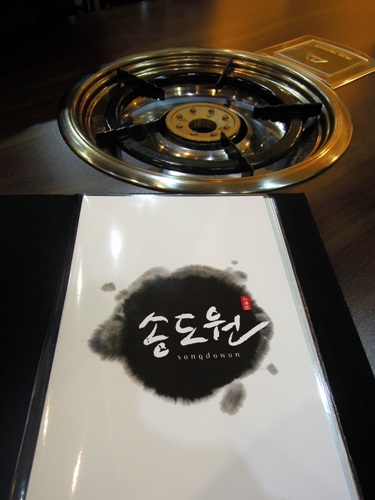 The interior was revamped which looked more pleasing to the eyes with brighter lights and new wallpaper. DB was guessing the owner is a lady with all the flowery designs on the walls. 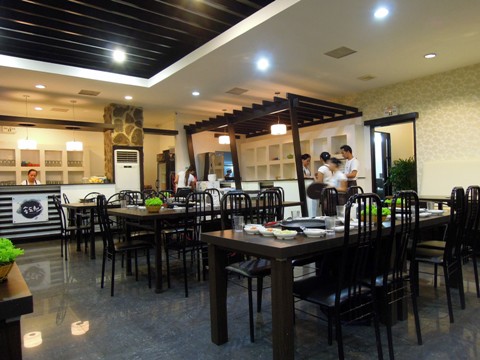 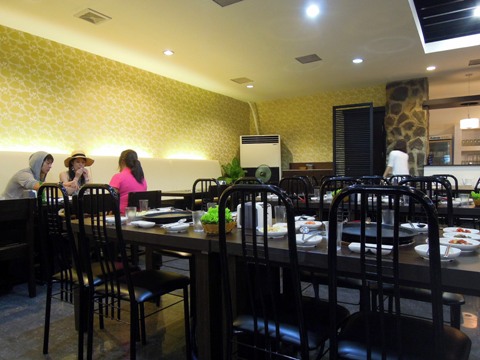 As soon as we were comfortable seated on the table we chose (the one directly facing the aircon), the waiter gave us a set of Banchan for appetizer. 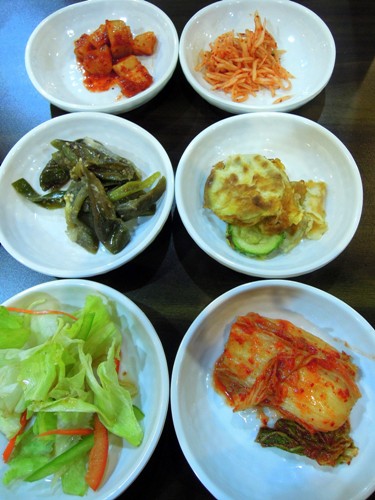 The Banchan was quite filling but we also wanted to try out Songdowon's other dishes.

Just by looking at the color of the sauce, one would have an idea how spicy it is! Well, that and the fact that DB was sweating buckets in a fully air-conditioned restaurant. Good thing I had an excuse (bad case of colds that night) so I wasn't forced to help him clear out the plate.

There's a minimum order of two plates for the grilled meat which is not a problem with me as I can have both by myself! That was the initial idea but I had to share it with DB since he was the one who cooks them while I eat. *wink* 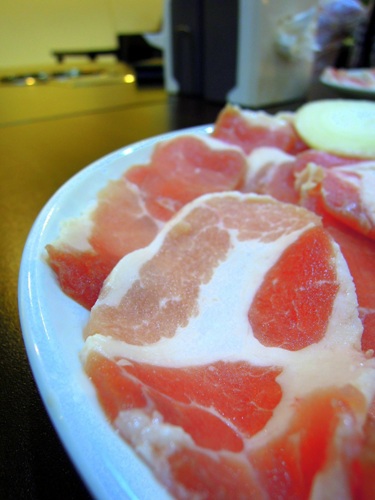 It comes with lettuce and sauces so you can eat it the way Koreans do. 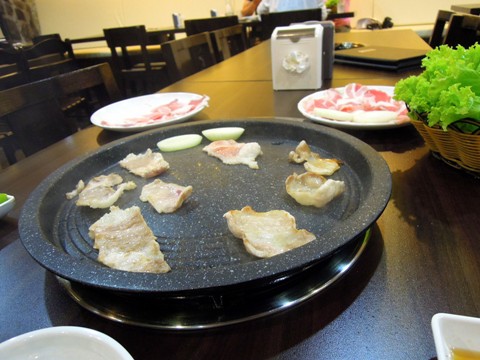 I loved how crunchy, tasty and fatty it was that I had to order an extra rice and eat like Pinoys do. 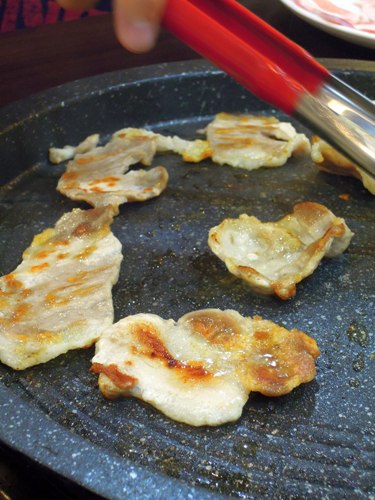