Chosen as one of the 7 Wonders of Nature, the Puerto Princesa Subterranean River National Park is the main reason why I decided to spend my birthday in Palawan. 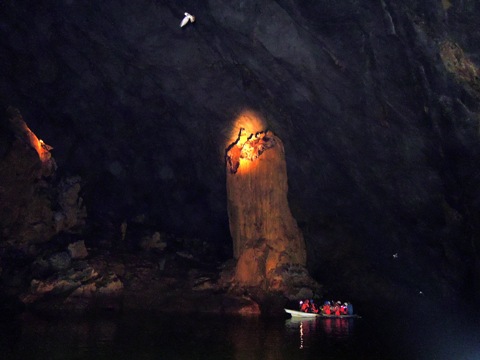 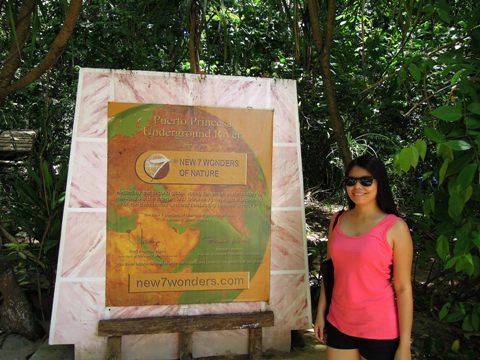 I sent an email to Hibiscus Garden months before the trip to inquire about the rates and the Underground River Tour since I read that it is now required to book in advance if you want to see the spectacular river.  During peak season, you will be asked to book as early as two months before your trip! According to our guide, UNESCO sets the number of guests that can enter the Underground River in a day so the government is very strict about the booking process.

We were still undecided up to the last minute so I never paid for the tour before the trip hoping they can accommodate us upon arrival.

When we arrived in Puerto Princesa, I got a call from Hibiscus Inn asking if we pursued our trip to Palawan and if we still wanted to go to the Underground River the following day. I was surprised since I never paid for the reservation but thankful that Sanctuary Tours (contact them at +639175911234) decided to secure us entry permits even without deposit.

Our guide fetched us around 8am from Purple Fountain Inn then traveled for an hour until we reached the entry point. The place is packed with local and foreign tourists waiting for their guides who line up at the registration area to pay the fees. It was so convenient having a guide here rather than doing it by ourselves like we usually do. 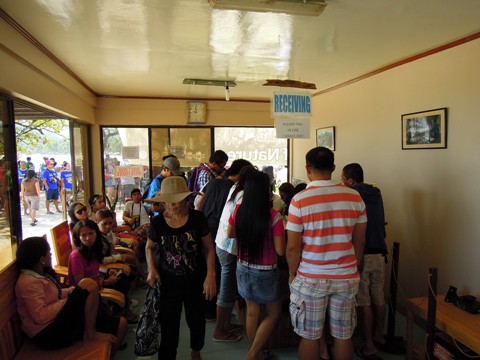 Apparently, no entry permits are being issued to walk-ins. Thank you Sanctuary Tours for making my dream of seeing the Underground River possible! 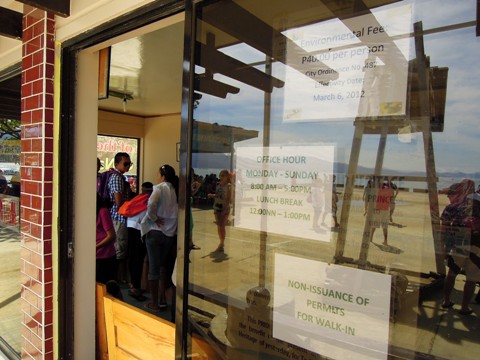 Another line is formed for the boat ride. We waited for about 30 minutes here before it was finally our turn. 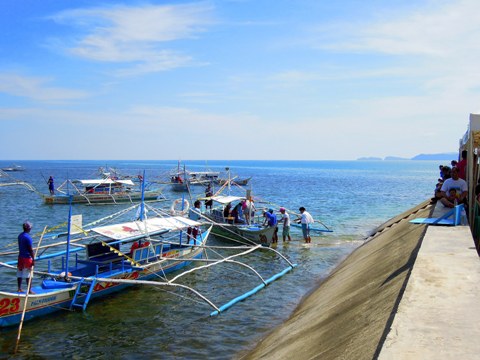 Everyone is required to wear a life jacket. Safety is a must! 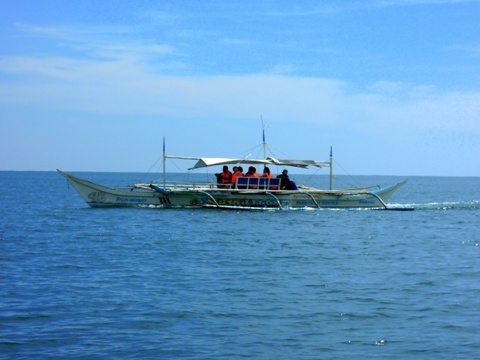 The view going to the Underground River is so beautiful! It's really More Fun in the Philippines! 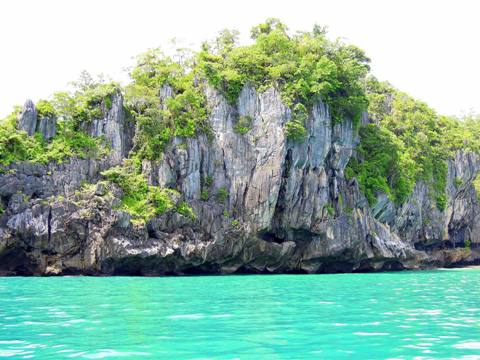 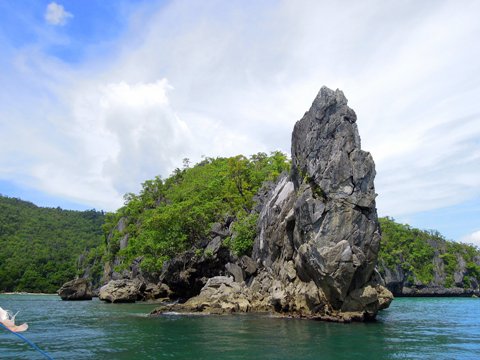 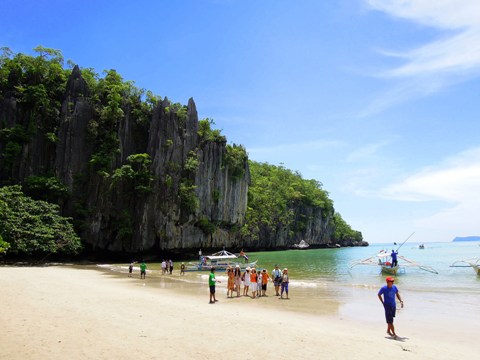 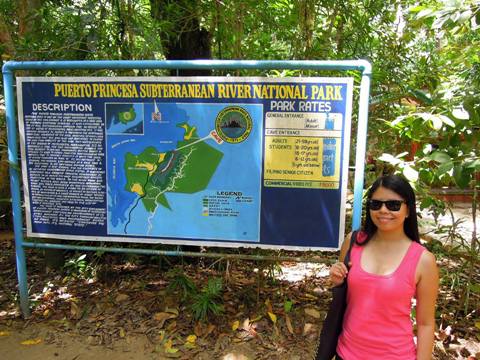 Another registration well taken cared of. No more queuing for us. 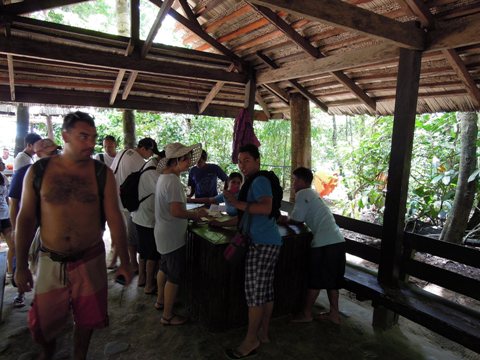 The pathway going to the waiting area of the Underground River is built with woods and rocks. 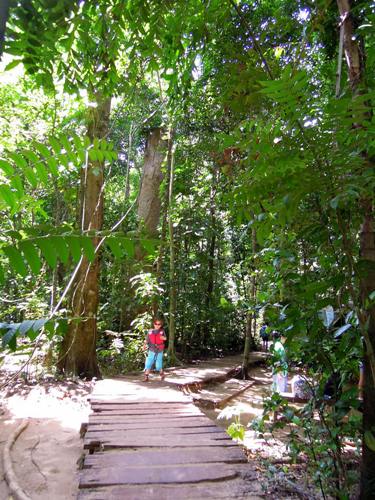 Be cautious on where you are stepping because there are animals roaming around freely here. You wouldn't want to hurt them right?

A few minutes after we arrived, I heard a loud scream and when I looked around, I saw this money climbing the tree with a bag of chips he got from a lady's tote bag! I was amazed he knew how to open the bag and eat the chips like a human being. 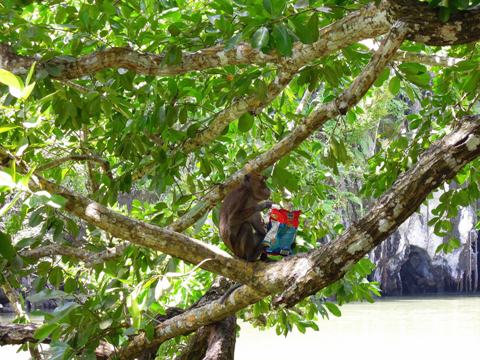 
According to her, some tourists are made to wait for a minimum of 2 hours during peak season before they are given the chance to go inside. Lucky for us the waiting only lasted for about 40 minutes. 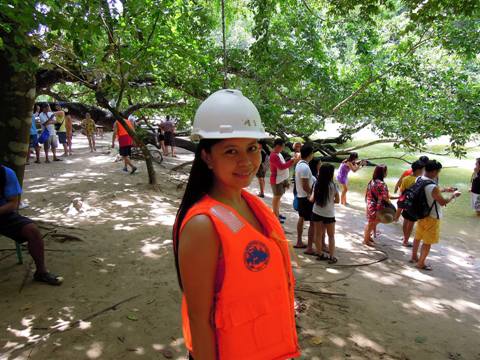 So, what's so special about this Underground River?


"It features a spectacular limestone or karst mountain landscape with one of the most impressive cave systems in the world. It contains an 8.2 km long underground river that flows directly to the sea. The lower half of the river is brackish and subject to the oceans tide. A subterranean river flowing directly into the sea and the associated tidal influence makes it the most unique natural phenomenon of its type to exist. The discovery of 11 minerals, scientifically and aesthetically unique speleothems, and a 20 million year old Serenia fossil permanently embedded in the walls of the cave justifies the declaration of the Puerto Princesa Underground River as one of the New 7 Wonders of Nature." Source 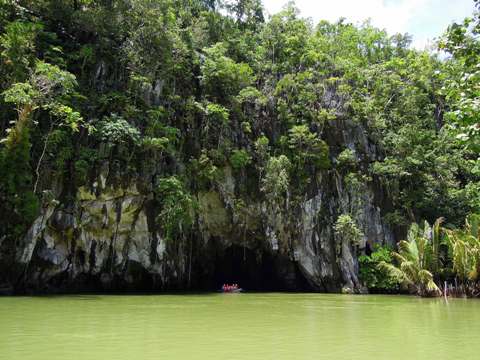 The smell of bat poop was unmistakably strong as you approach the entrance of the cave. 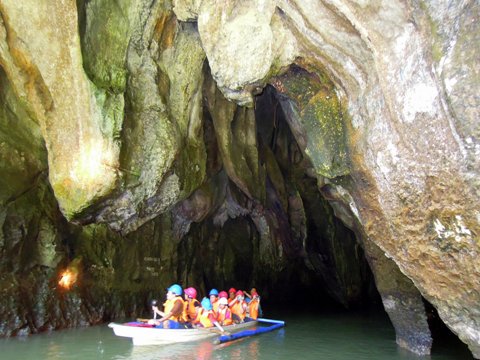 But it will disappear as you go deeper into the cave. Besides the fact that you will be blown away with the sight you are about to see. 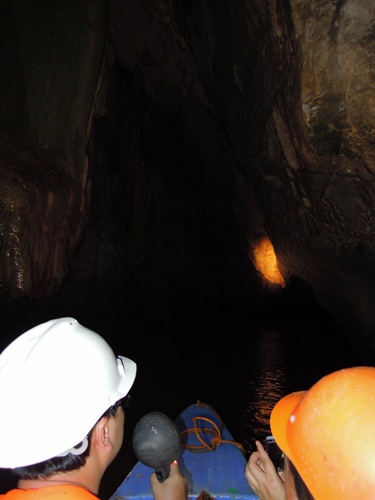 It's so dark inside and without a flashlight, you won't be able to see anything at all. Good thing we brought a camera that's great for low light setting such as this. 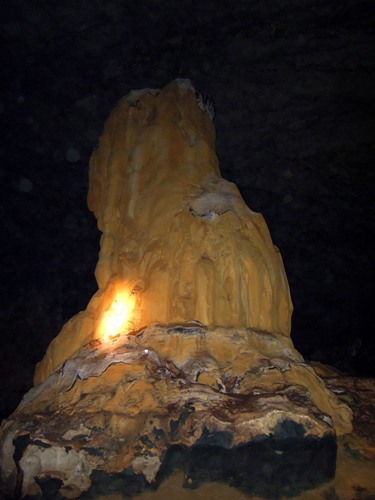 The boatman/tour guide with his hilarious antics kept us entertained during the tour. At this point, we are now entering the market place as what he said. 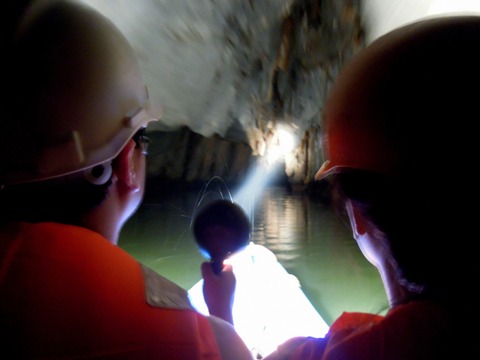 There's a lot more fruits and vegetables we saw along the way until we reached the end of the unrestricted area and we had to turn back. More than half of the river is still left unexplored and undiscovered.

The guide told us to look out for Simba then I heard one of our fellow tourists shout, "There!" pointing upwards. 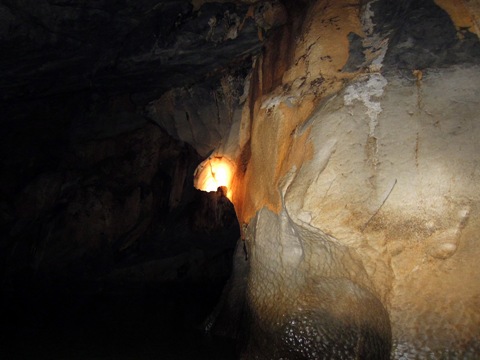 And there was light.

The tour inside the Puerto Princesa Underground River took only an hour but all the queuing and waiting is all worth it! I really hope that the city government will do their best to maintain the cleanliness and orderliness of the place not only to keep its 7 Wonders of the World status, but most importantly, so that our future kids and grandchildren can still see it in its full glory. 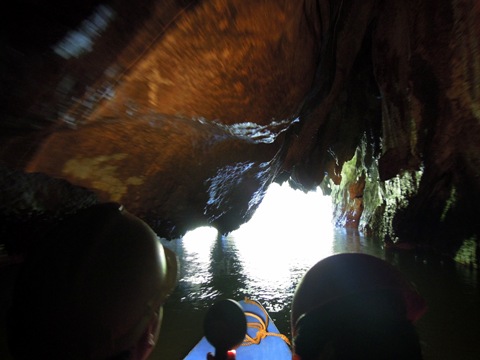 We took another boat ride going back to the port to have lunch as part of the package. Our guide ushered us to a reserved kubo in one of the beachfront restaurants. It took no time before everyone was on their feet again to line up at the buffet table.

Food was okay but not one worth raving about.