No visit in Bangkok is complete if you haven't been to The Grand Palace.

The spectacular Grand Palace is probably the most famous landmark in Bangkok. So before heading to the historical city of Ayutthaya, we asked our kind driver/tour guide Kasem to bring us to the Grand Palace for a quick tour. 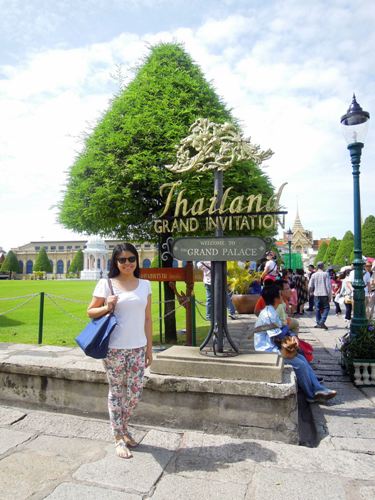 Open daily from 0830H to 1530H, tourists from all over the world sojourn to the Grand Palace to get a glimpse of the breathtaking home of the King, the Royal Court and the administrative seat of the Thai government for 150 years since its establishment in 1782. 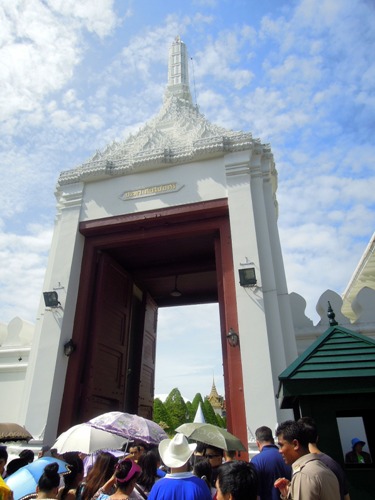 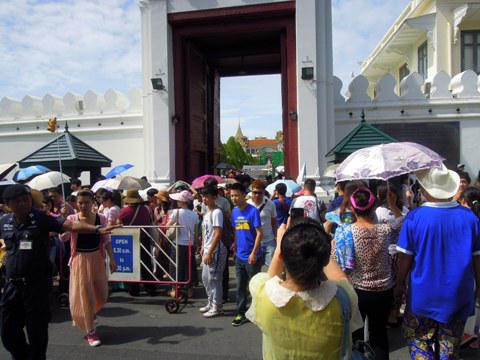 An entrance fee of Thb500 (Php750) must be paid before entering the grounds of the Grand Palace. 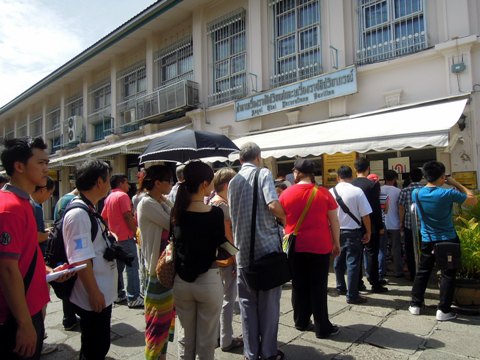 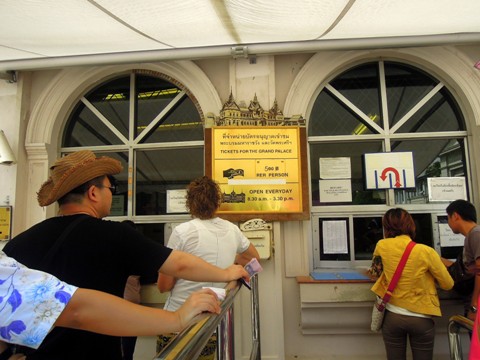 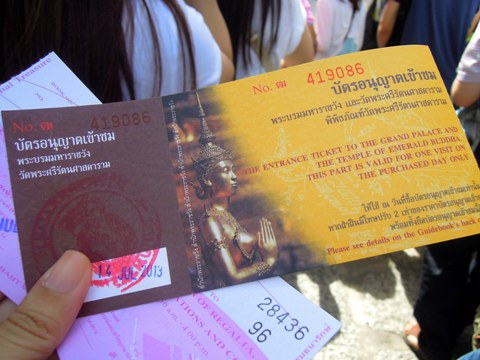 A strict dress code is observed since Thailand's most sacred site -- The Temple of the Emerald Buddha, is found inside the Grand Palace complex. Ladies must be conservatively dressed -- no sleeveless, no shorts or skirts above the knee and no flip-flops, whereas men must wear long pants, shirts with sleeves and shoes with socks. If you show up improperly dressed, you will be advised to go to a booth near the entrance where you can borrow a sarong for free but with a deposit of Thb200 (Php300) or buy one for Thb50 (Php75). 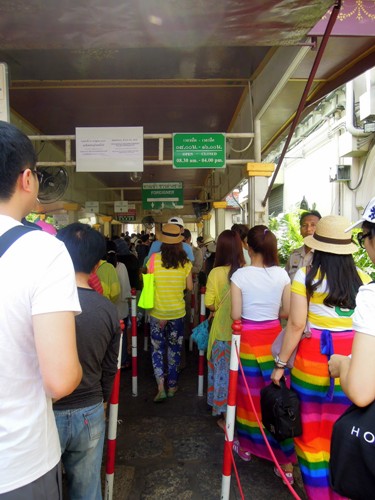 Today, the Grand Palace is no longer the royal residence and is used for occasional ceremonial purposes only since King Bhumibol (Rama IX) now resides in Chitralada Palace located close to Bangkok's Dusit district. Nevertheless, most buildings/temples remain off-limits to the public. 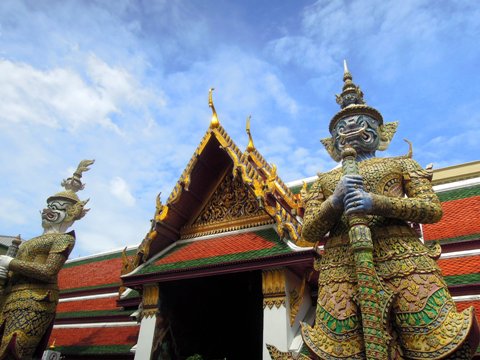 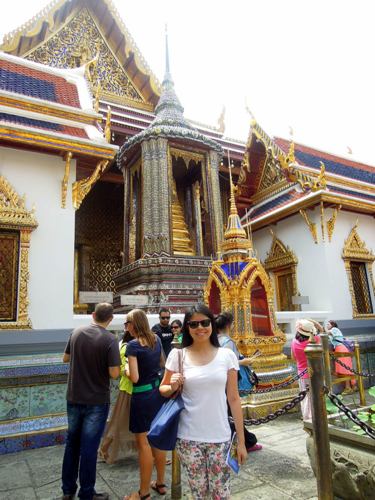 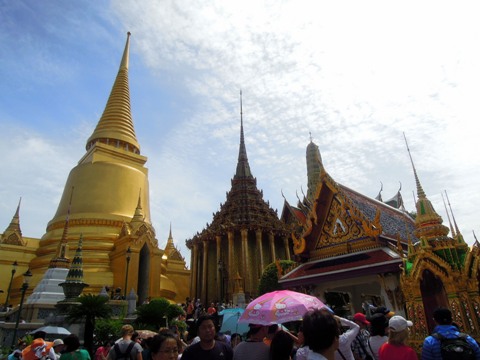 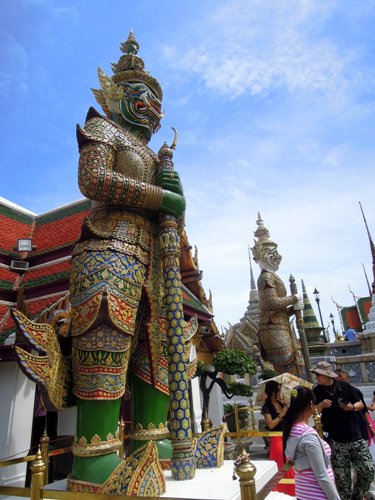 Within the ground of the Grand Palace enshrines the greatly revered Emerald Buddha from the 14th Century. Wat Phra Kaew or the Temple of the Emerald Buddha is regarded as the most valued and most sacred Buddhist Temple in the whole of Thailand. 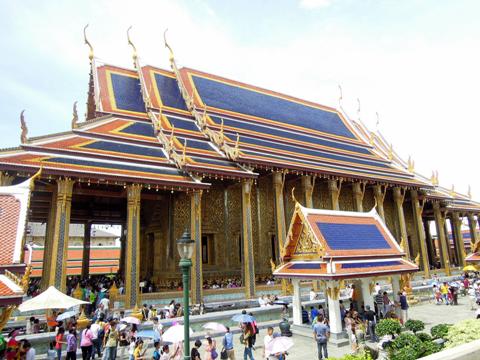 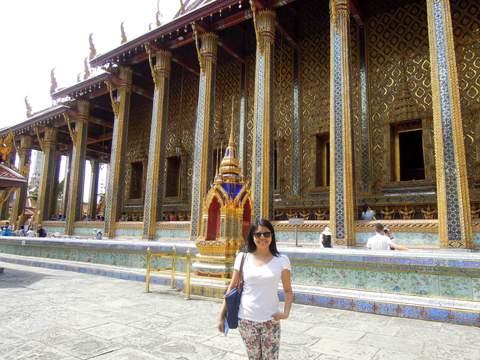 Intricate details of the temple will leave you in awe and truly fascinated. It made me wonder what it felt like seeing it during its heyday. 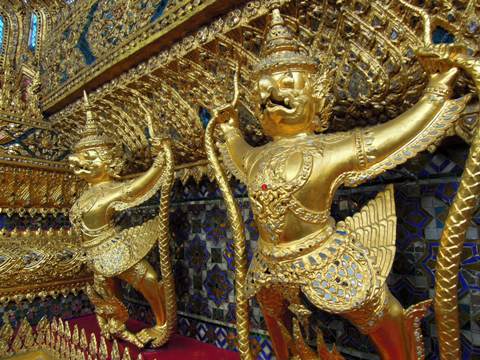 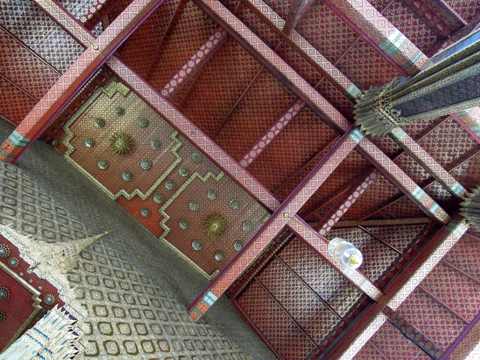 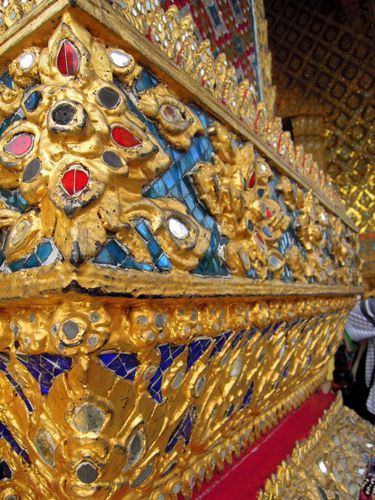 Taking photos inside the temple is strictly prohibited. There are guards roaming the temple to make sure everyone complies and remains respectful of this sacred place. So after saying our prayers, we went out and traversed the rest of the palace complex. 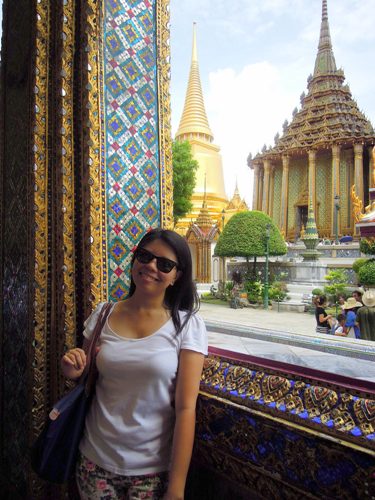 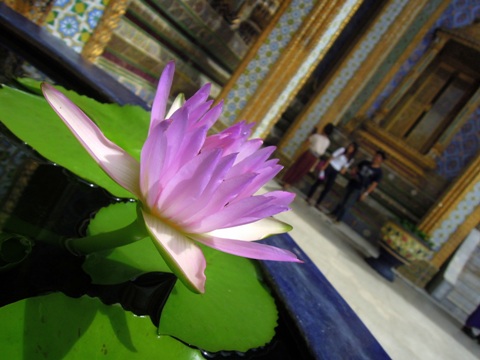 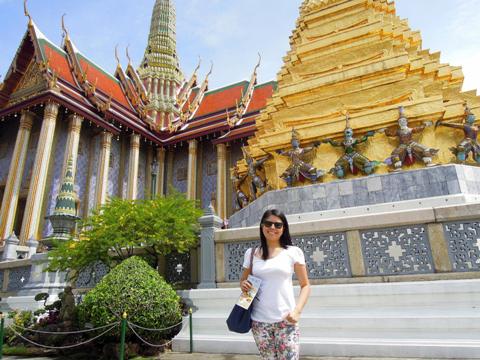 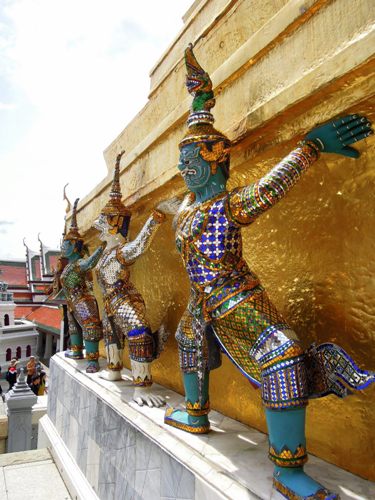 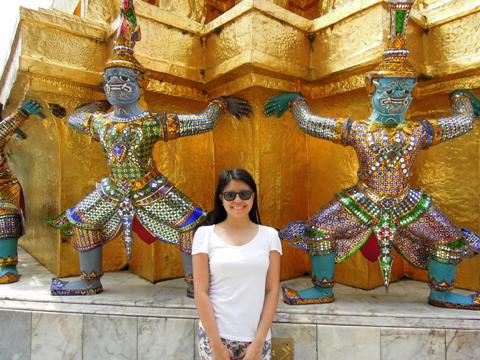 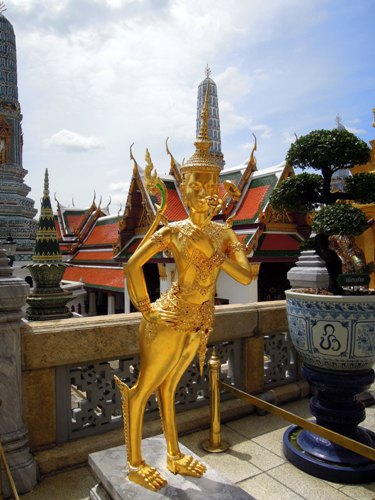 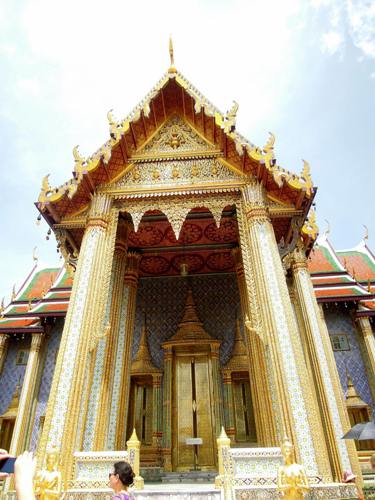 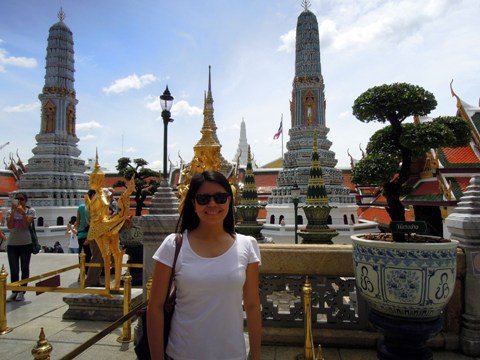 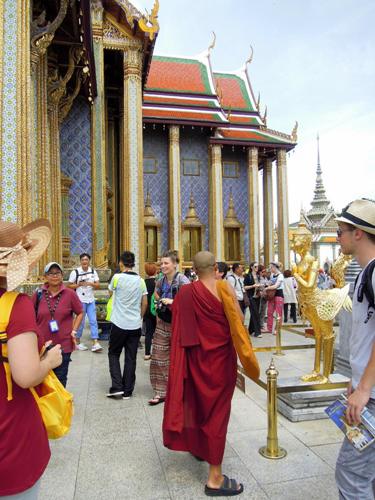 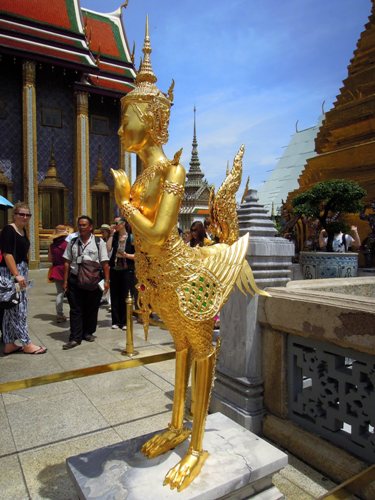 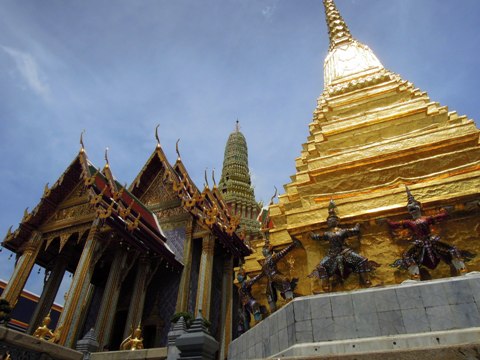 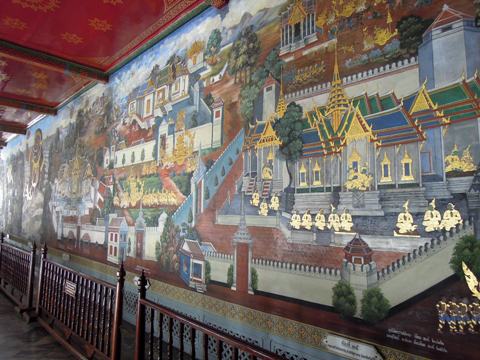 Towards the exit, you'll find the well-guarded Royal Reception Halls where important ceremonial occasions like coronations are held. 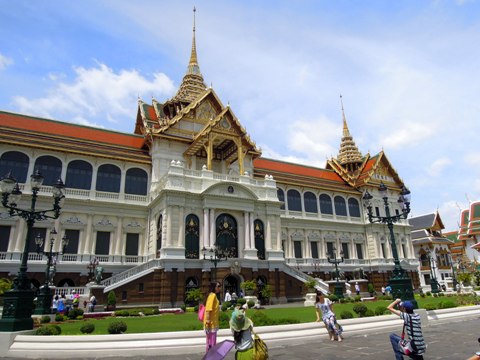 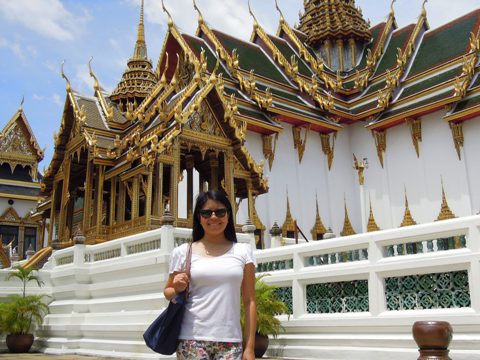 The place can get really crowded so be prepared and plan ahead -- bring water to keep yourself hydrated, wear appropriate clothes to avoid the hassle of going back and forth, apply sunblock especially if you're going during a sunny day and most importantly, don't forget to bring your camera so you can capture the beauty and magnificence of The Grand Palace.
Posted by Dek at 8:59 AM