Perhaps the most visited and famous attraction in Taipei, the Chiang Kai-shek (CKS) Memorial Hall is a must-see not just for foreigners learning the life of Taiwan's great leader but for locals as well who wishes to revisit his lifelong journey to peace and freedom. In fact, half of the people we saw there were local tourists -- families, friends and students spending a quiet afternoon at the monument and its surrounding parks. The CKS Memorial Hall was established to commemorate the memory of Taiwan's well-loved president, Chiang Kai-shek who passed away in April 1975. 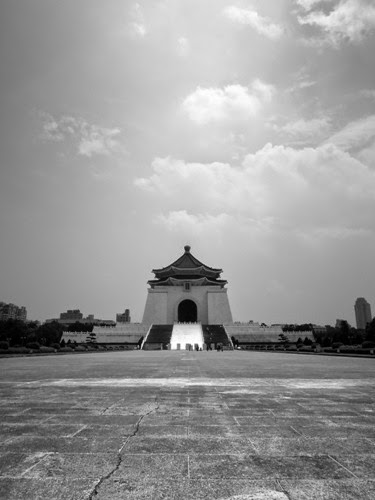 There are two identical red buildings located on your both sides just as you approach the CKS Memorial Hall, which are utilized as exhibition halls and venues for concerts and operas. 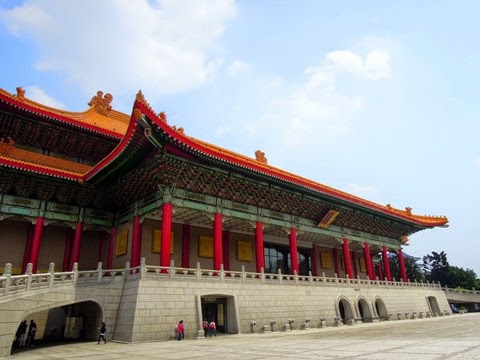 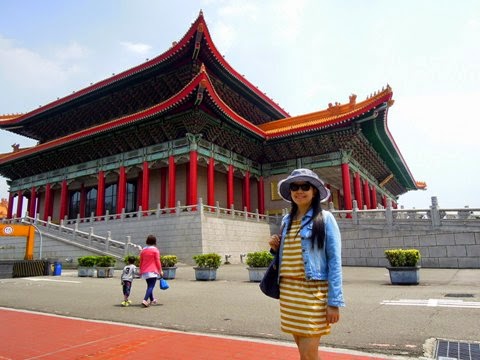 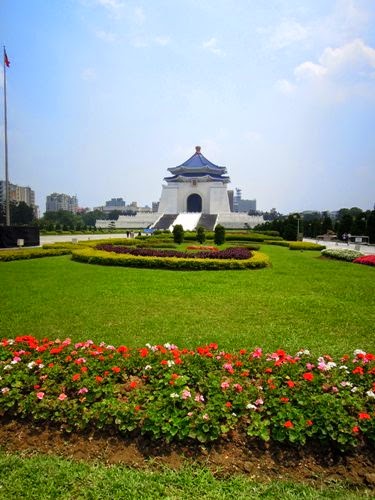 The magnificent Chiang Kai-shek Memorial Hall, encircled by a 25-hectare garden, was built on broad and solid foundations that symbolizes "Zhong Zheng", which translates to impartial and righteous. Apart from the gold octagonal apex of the roof, no other artificial colors were used in the memorial hall to impart the feeling of peace, sacredness and solemnity. 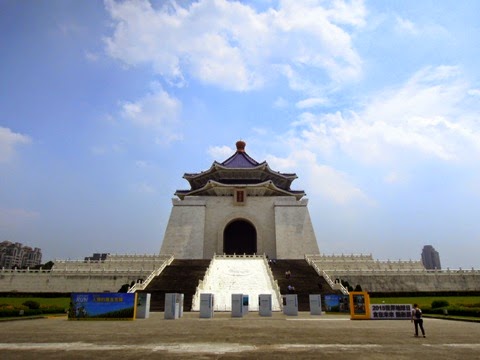 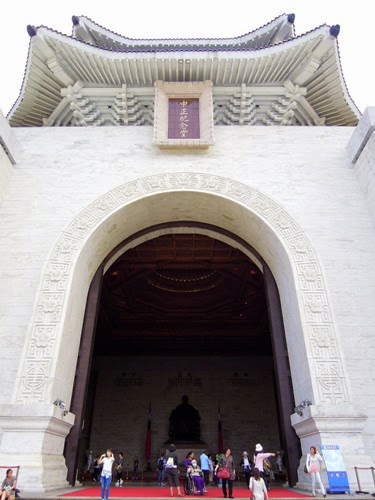 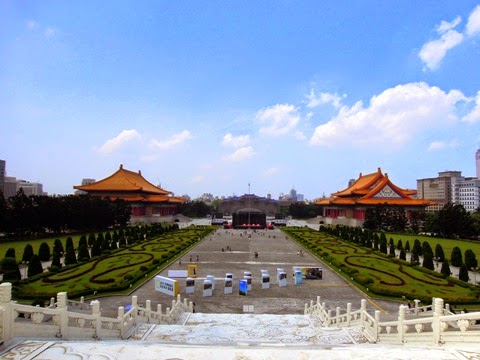 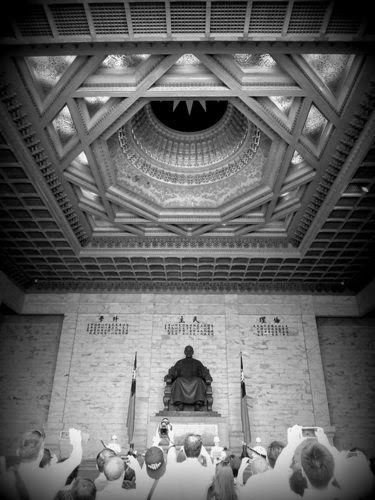 A large bronze statue of Taiwan's greatest leader, Chiang Kai-shek, commands the main gallery as you step inside the grand hall built in his memory. The ceremonial changing of guards, which happens every hour, is quite a sight with their synchronized march and movements. 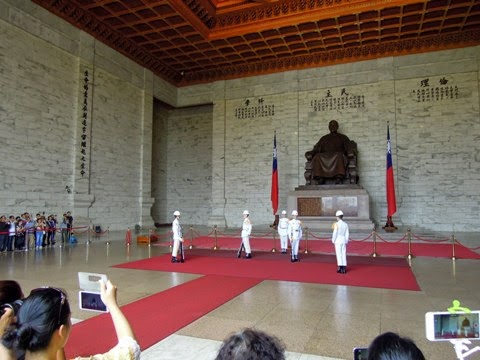 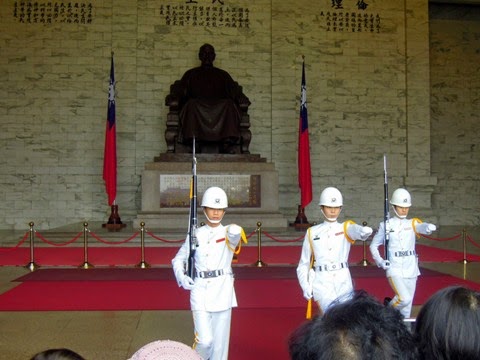 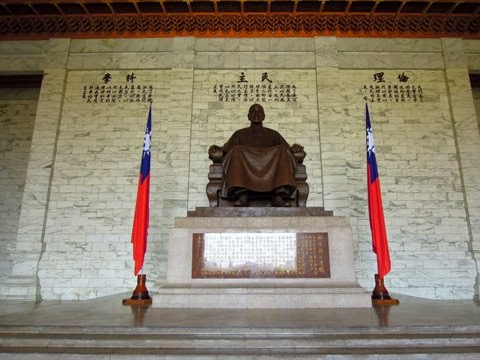 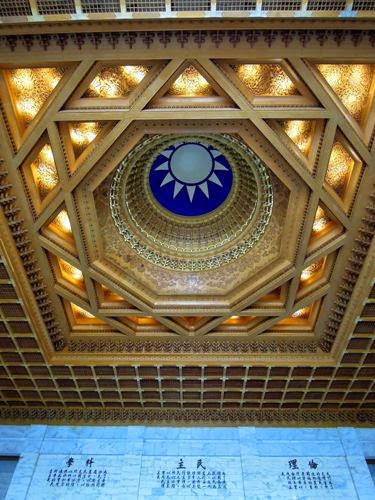 From the Bronze Statue Hall, visitors can take the elevator two floors down to the display rooms where you can learn more of late President Chiang Kai-shek's early life and political career. A military and political leader, he led Koumintang (KMT), a nationalist party liable for the uprising that overthrew the Qing Dynasty and paved the way for the establishment of the Chinese republic. 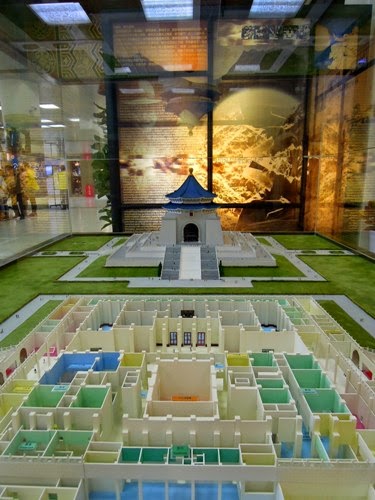 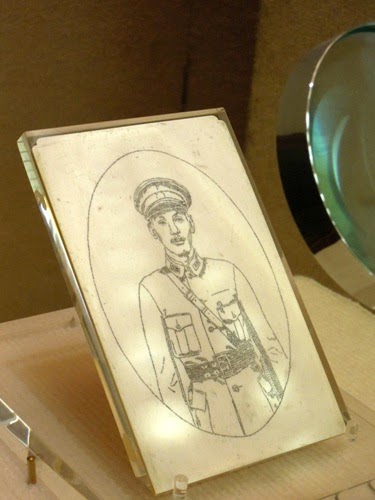 A genius way of sending a private message that can only be read through a magnifying glass. 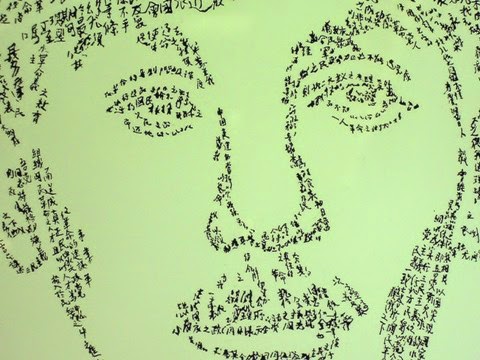 A bulletproof Cadillac gifted by the overseas Chinese in the Philippines to President Chiang. 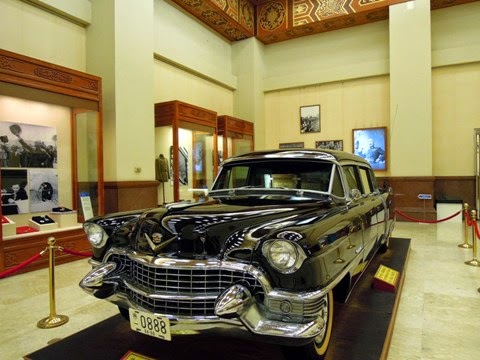 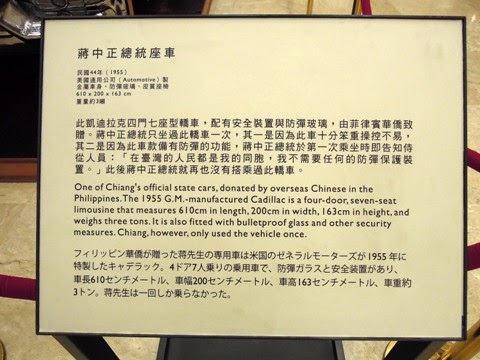 President Chiang Kai-shek was awarded with the Philippine Legion of Honor in recognition for his meritorious service in relation to the military affairs of the Republic of the Philippines. 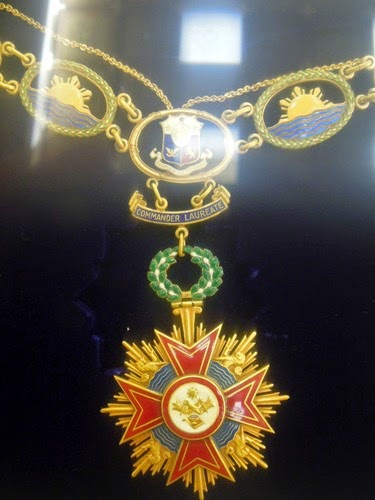 Completed in October 1994, the late president's memorial room displays all items that were brought in from his former office with simple and frugal design that is a clear depiction of his personality. 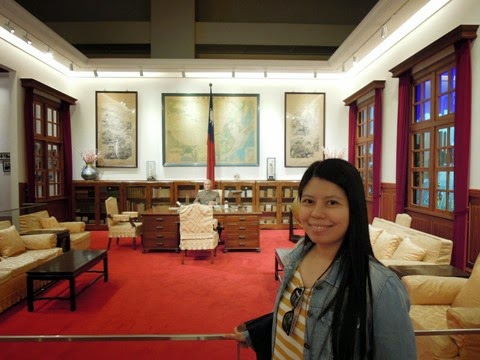 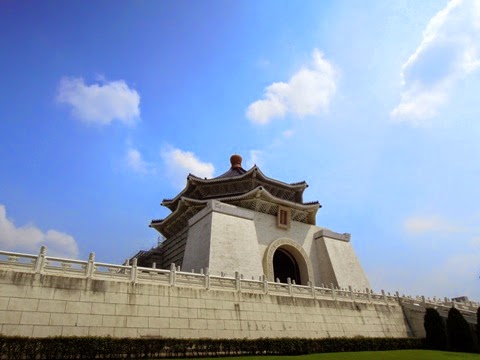 The Chiang Kai-shek Memorial Hall is open everyday from 0900H to 1800H. Entrance is free for everyone and the site is very accessible by bus or train, making this a stop worth taking off your time if you're planning to visit Taipei anytime soon.
Posted by Dek at 11:41 AM