I've always wanted to try out Bulgogi Brothers ever since I first heard there's now a franchise in Manila but traveling all the way to Greenbelt seems like a tiring and stressful task with all the traffic in Makati City.

Good thing they recently opened a branch in my second home, the Mall of Asia!

We failed to go on their launching day when they offered 50% discount on the total bill. How's that for a welcome treat right? And so, after watching The Bourne Legacy one afternoon, we decided to finally get a table and try it out for the first time.

The interior is nice and sleek. A modern version of most Korean restaurants in Manila. 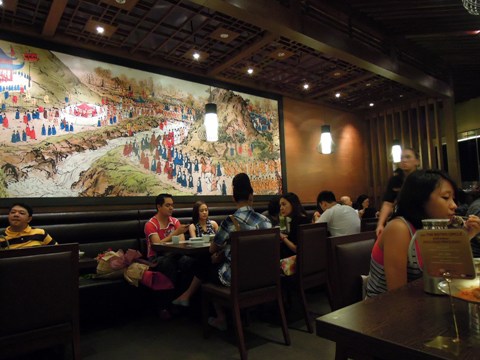 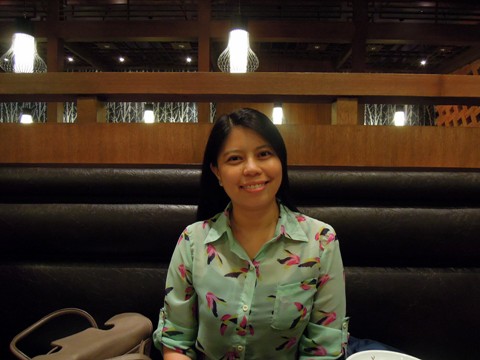 
First to arrive is a unique platter of Banchan (Korean appetizers) which has quail eggs, boiled sweet potatoes and ultra sweet corn. 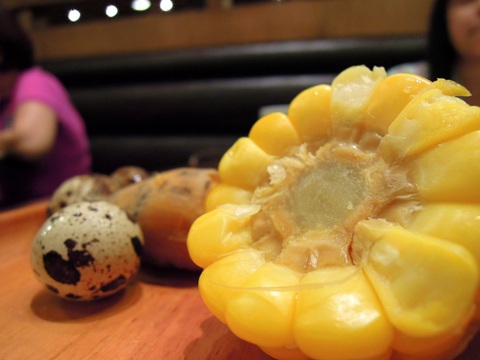 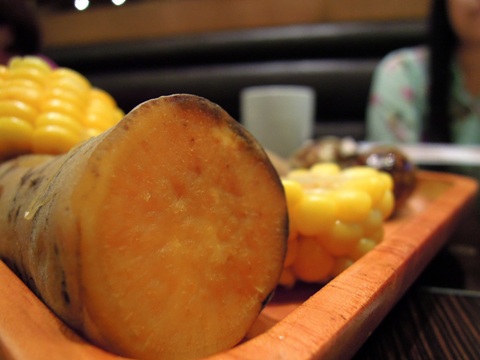 You can request for the refillable Tea of the Day, which at that time is the Bori Cha or Barley Tea. Served hot or cold, this is really a thirst-quencher! 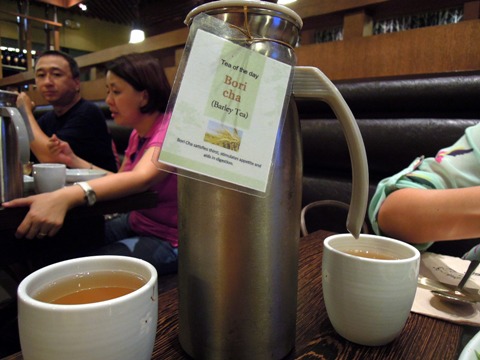 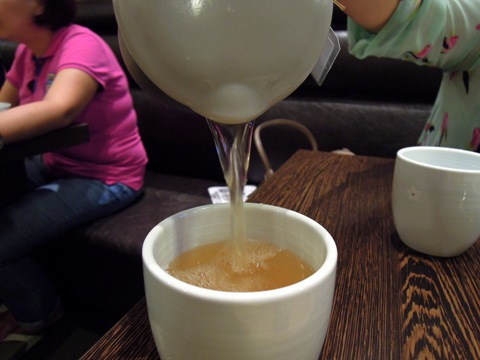 Then came the Banchan I am more familiar with but Bulgogi Brothers' taste so much better.


Looking back, it seemed like we were so hungry then because aside from the unlimited side dishes, we also ordered this appetizer which we rarely do whenever we eat Korean. 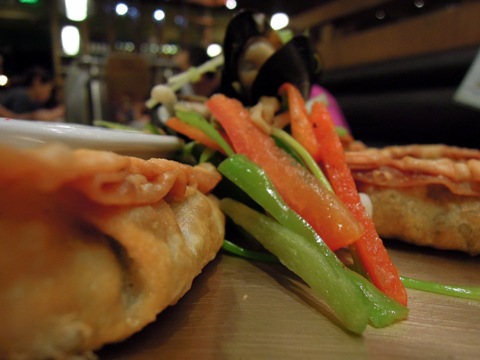 Haemul Gungdung Mandu are fried dumplings with seafood like mussels, shrimp and squid, served with spicy sauce. If you're not too hungry, you may skip this and proceed to the main course as it is a very filling appetizer! 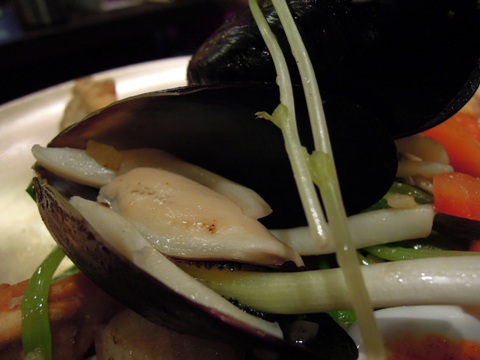 This heart-shaped Bulgogi patties also comes with some onions and sliced sweet potatoes. The Koreans really love their sweet potatoes with their meals, I bet we will all get along. 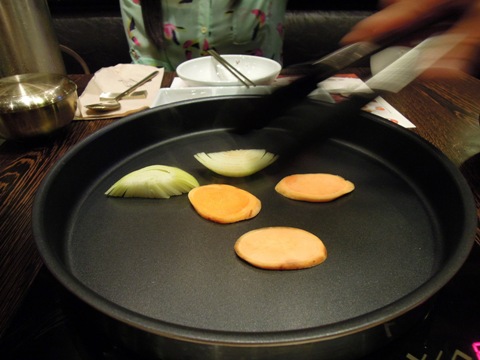 The waitress will grill/cook your orders on your table but no worries because Bulgogi Brothers has a state-of-the-art exhaust. Thank goodness I won't smell like grilled meat anymore! 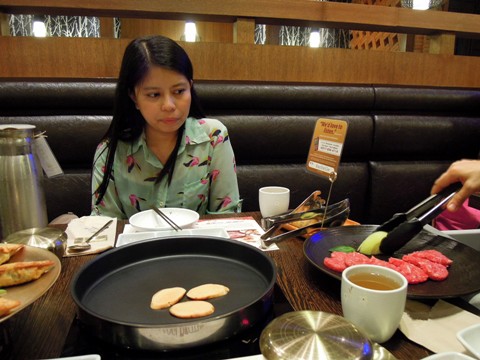 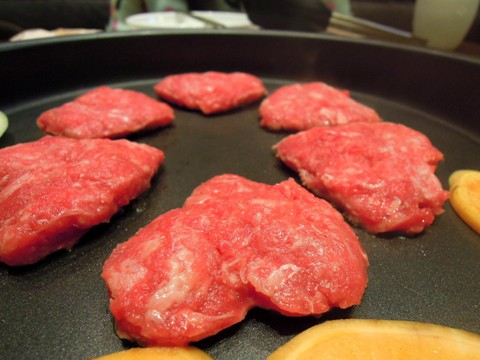 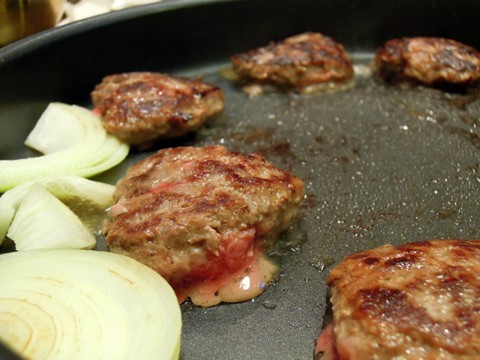 The Bulgogi Patty really goes well with rice. Just dip it to BB's special fermented paste, which by the way is the best I have ever tried in the numerous Korean restaurants I've been to, and I promise, you're in for a treat!


Seoul Style Bulgogi is really DB's choice. I was leaning towards ordering Bibimbap but he insisted on trying this out. After all the Bulgogi Patties were grilled, the waitress left and came back with a pot full of sliced beef with vegetables which she placed on the induction stove in our table. She then poured the broth made from fruits, onions and soy sauce. 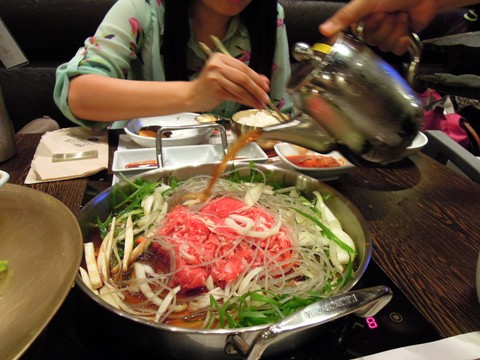 After letting it simmer for a while and the beef turned into color brown, the waitress told us that it's now ready to eat. I pour a some in my cup and for the first time, I felt the urge not to share this to anyone, not even with DB! It was so delicious and tasty and bursting with flavors! I didn't care if I was sweating or if the beef was still too hot that it numbs my tongue but I just ate and ate as much as I could.

If the Japanese has Sukiyaki, the Koreans did it better with this Seoul Style Bulgogi! 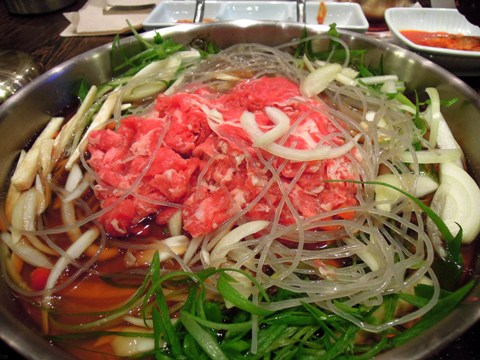 The long wait was so worth it. Bulgogi Brothers is really one of the best Korean restaurants in Manila. I would definitely come back for more! 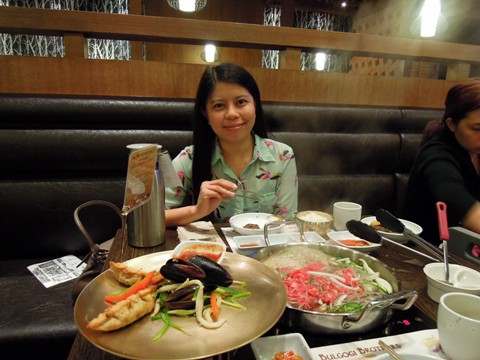