Champorado has somehow became synonymous to the rainy season. So while everyone was complaining how terrible the traffic is via Twitter and Facebook, we decided to wait at Jay-J's Inasal hoping the roads will clear out by the time we go home. Aside from their famous Inasal and Champorado, Jay-J's is now becoming a favorite tambayan because they also serve beers and cocktails here.

I was expecting to see a plate of Kangkong with bits of pork but got at least 5 pieces of crunchy and delicious Liempo instead. Yummy! 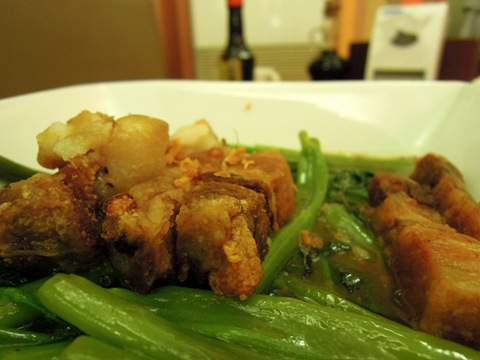 The grilled Tuna Belly was overpriced at a little under Php300. It was fresh but you could get a bigger portion at the same price somewhere else.


A lot of stores claim that theirs is the real deal. I've never been to Bacolod myself so I can't compare the authentic Chicken Inasal to the ones we have here in Manila but Jay-J's version is probably on the top 5 of the best. It's juicy, tasty and extra rice worthy!

The main reason why we chose Jay-J's is because of their Champorado! Its rare to find a restaurant that offers this on their menu so whenever we are craving for a bowl of hot Champorado, Jay-J's is the only one on the list. I think that they use premium chocolate instead of the cheap ones making it so delicious! 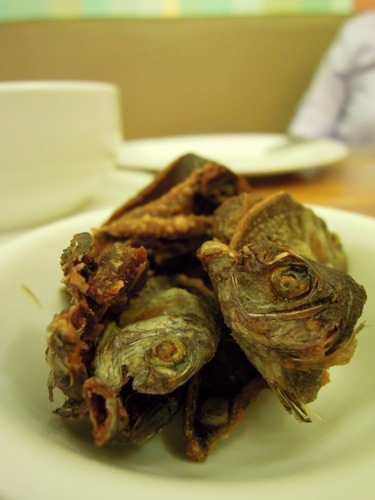 The Danggit on the other hand gave me allergies and my lips was swollen for two days! I don't have any kind of allergy to food before this so I guess this batch of Danggit is way way beyond its shelf life already.

So to all restaurants who use dried fish on their menu, please make sure you store them properly and take note of the expiry date of your preserved food.