"A life which is not consecrated to a great ideal is useless. It is a pebble lost in the field without forming part of an edifice." - Jose P. Rizal

If you went to school in the Philippines, I bet you know Rizal like the back of your hand. From grade school to college, we were all taught that Dr. Jose Rizal was exiled in Dapitan by the Spaniards. I even had a subject for an entire semester about the life and teachings of our National Hero.

So a visit to the most historical landmark in Dapitan City is a must.

In 1892, Dr. Jose Rizal along with 2 others won the lottery that made them Php20, 000 richer. His share of Php6, 200 was divided into the following: Php2, 000 he gave to his father, Php200 to his friend Basa who was in Hongkong while the rest was used in business investments, buying lands and building houses in Talisay where Rizal Shrine is located. A year after Rizal transferred, his mother, sisters, some relatives and neighbors also went to live with him in Dapitan.

During the trial, the Court Martial who imposed Capital Punishment also made him pay One Hundred Thousand Pesos! All his properties were confiscated by the Spaniards along with this property in Talisay.

Going back to our tour..

Upon entering the park, you will immediately see the museum to your right. Everybody can come inside because there's no entrance fee here.

During his four-year exile in Dapitan, he worked as a physician, teacher, painter, sculptor, inventor, engineer, architect, poet, archeologist, surveyor among others. A proof that Rizal was really a genius! 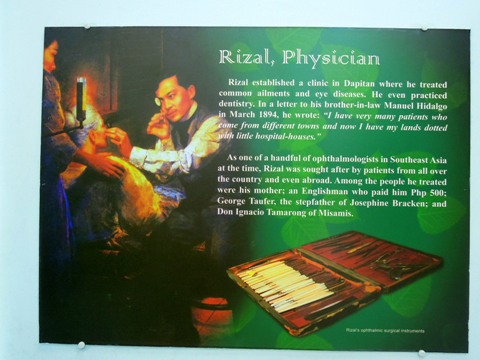 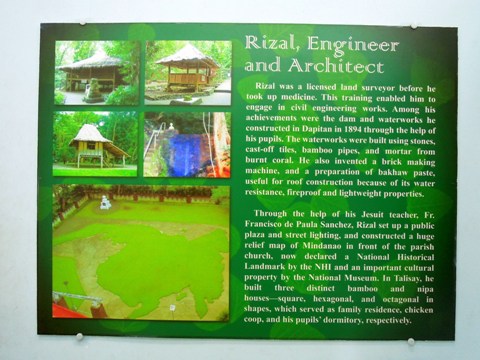 The many faces of Dr. Jose Rizal. 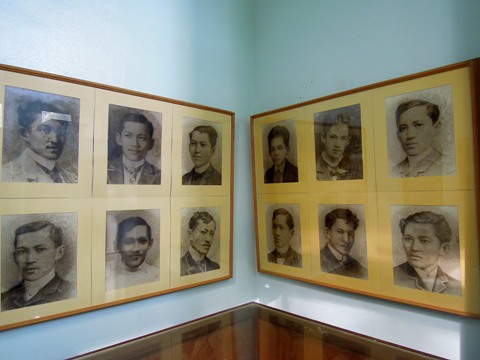 A real ladies' man! A wall with photos of the ladies he was romantically involved with including Segunda Katigbak his puppy love, Leonor Valenzuela from Pagsanjan, Leonor Rivera his sweetheart for 11 years, Consuelo Ortiga his lady love when he was in Spain, O Sei San who was a Japanese samurai's daughter, Gertrude Beckett whom he met when he stayed in London, Nellie Boustead who was the reason for near-duel with Antonio Luna, Suzanne Jacoby from Brussels and the most famous of them all, Josephine Bracken.

Josephine Bracken is an Irish lady who was the adopted daughter of one of Rizal's eye patients from Hongkong. The two instantly fell in love so Josephine stayed in Dapitan while her father went back to his country. They married without the church's blessing due to some complications with the priest. Josephine later on conceived Rizal's child but the baby was born premature and died. 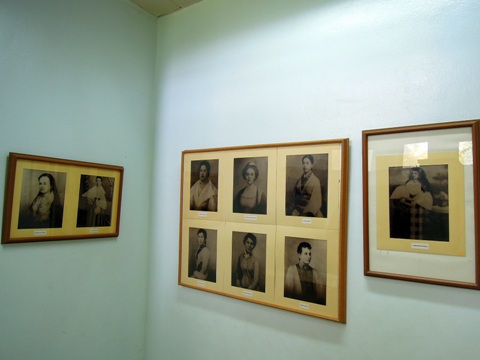 The exact blackboard which Rizal used in teaching his students in Dapitan. The paper above the board bore the names of his students during that time while the table is one of the many his students used in their class. 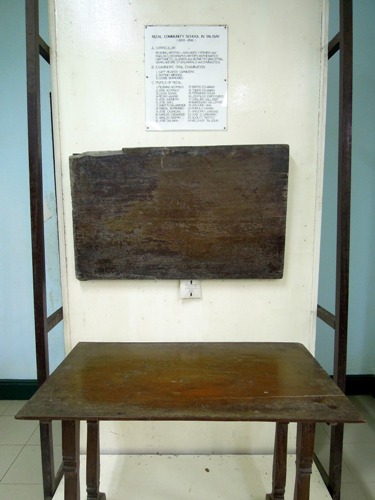 The second floor of the museum had some of Rizal's clothings and works of art. 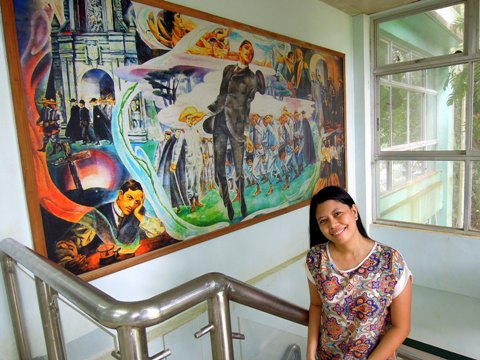 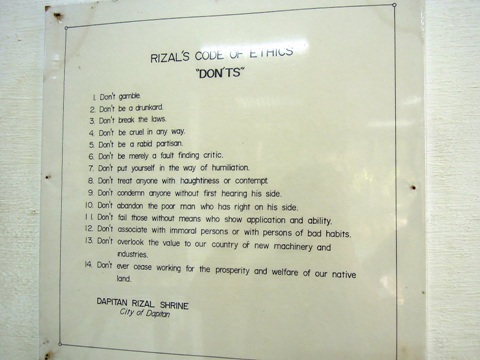 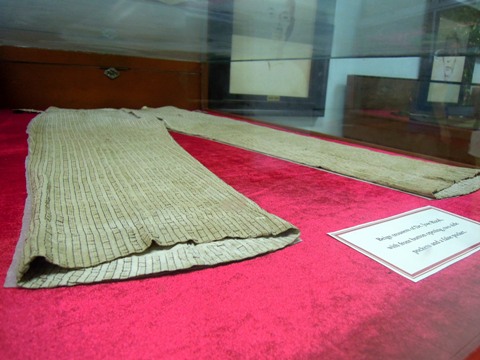 We continued exploring the park after an educational tour of the museum.

Based on what I know, Rizal's height is 4"11 and this statue of him is his exact height. I know my height is more than that so did he grew taller over the years? 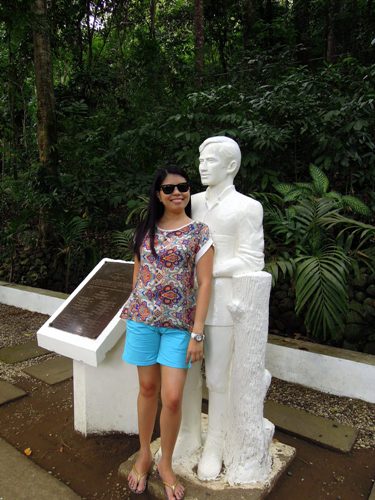 Casa Redonda. The octagonal hut that served as Rizal's clinic where he treats his patients and was also made as a dormitory to some for his students. 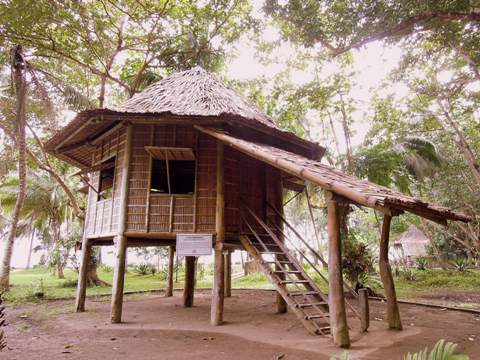 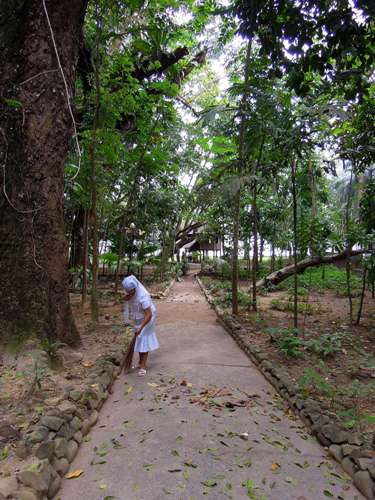 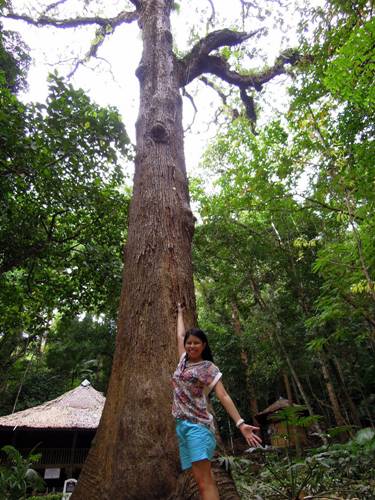 Casa Residencia. The replica of the house where Dr. Jose Rizal spent his exile days in Dapitan. 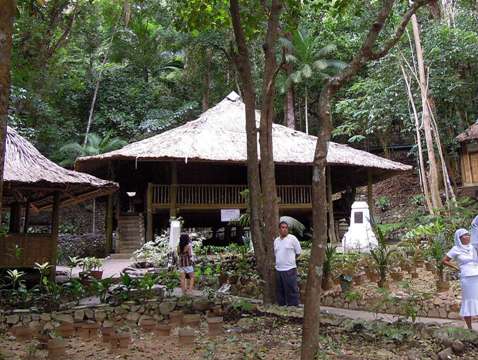 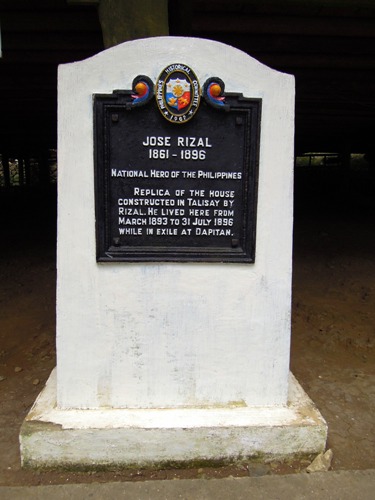 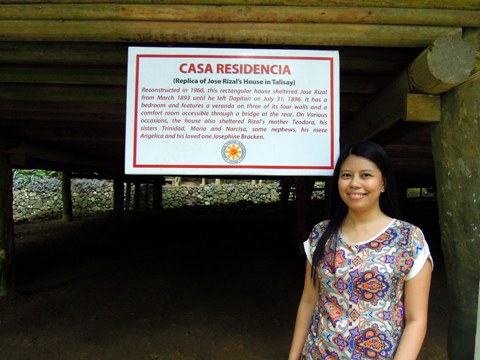 The house is very simple with just one bedroom, a veranda on three of its four walls and a comfort room at the back of the house connected through a bridge.


The kitchen was located outside the house. I bet this is where he cooks for his lady love Josephine when they were together. 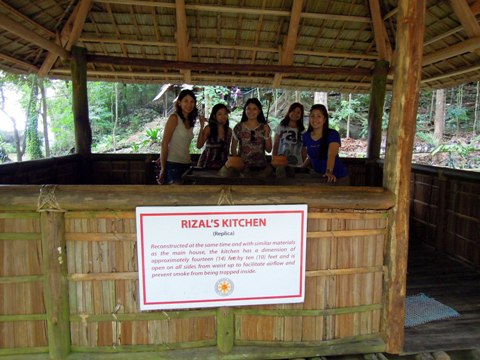 Casa Cuadrada. Rizal had to construct another hut for his growing number of pupils in Talisay. The area underneath served as a workshop station for his students. 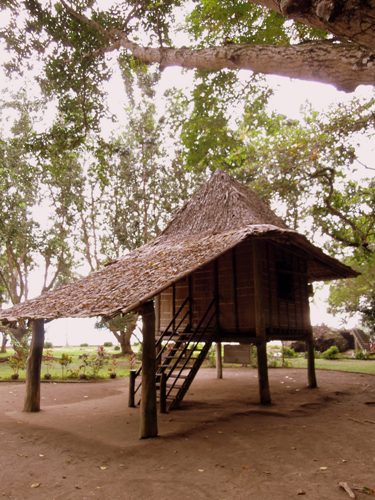 I'm not sure if this mini-amphitheater was constructed before or after Rizal stayed here though. Can someone please enlighten me on this? 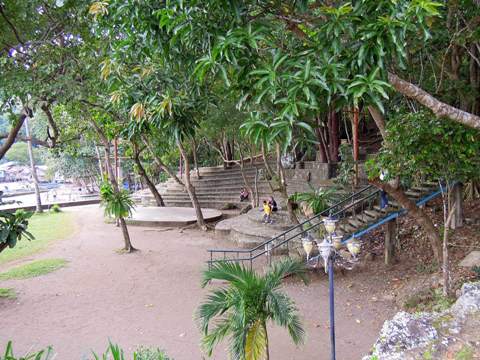 Mi Retiro Rock. It was where Rizal wrote the first stanzas of his poem Mi Retiro. It is also called Lover's Rock since this is where he and Josephine spent some romantic moments together. 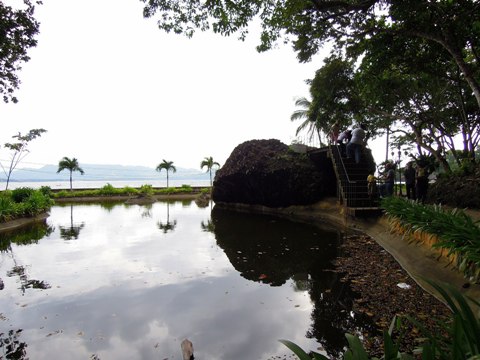 I definitely learned a lot from my visit in Rizal Shrine, more than what I've learned in school. I urge you to come and visit the place and see how our National Hero spent his days in exile for the freedom of our country. Or just feel how it's like to be Jose Rizal or Josephine Bracken for a day.
Posted by Dek at 9:32 AM