The main reason why we scheduled a trip to Singapore is to go to Universal Studios! 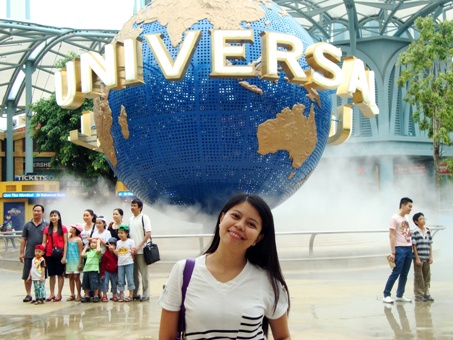 Built inside Resorts World Sentosa, Universal Studios Singapore has attracted millions of tourists from all over the world since its soft opening in March 2010. This one-of-a-kind theme park is consist of seven unique zones surrounding a lagoon namely: Hollywood, New York, Sci-fi City, Ancient Egypt, The Lost World, Far Far Away and Madagascar. 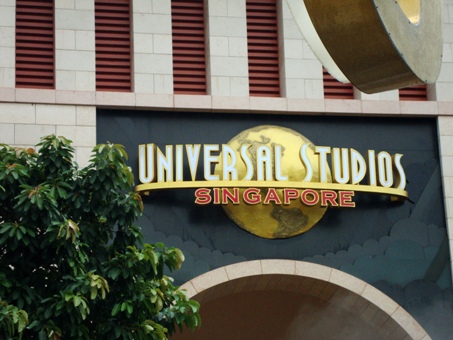 Ticket prices:  SGD72 for adults and SGD52 for kids aged 4 to 12 years old. If you have extra money, I suggest you add SGD48 for the Universal Express (that's on top of your ticket price) so you won't need to queue on the rides and other attractions especially if you're going on a weekend or holidays. 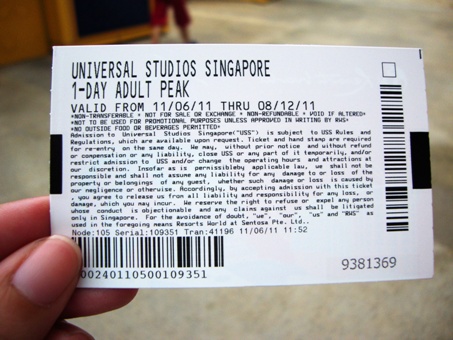 Hollywood -- themed after the real Hollywood Boulevard of the 1970s with the famous Walk of Fame and icons stationed in every corner you can have pictures with. 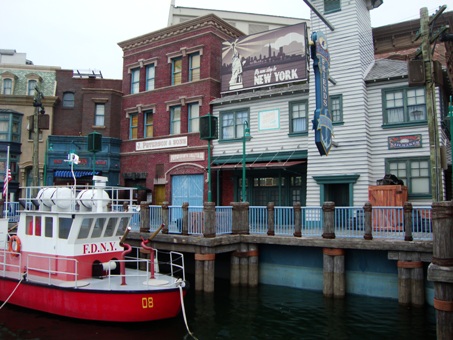 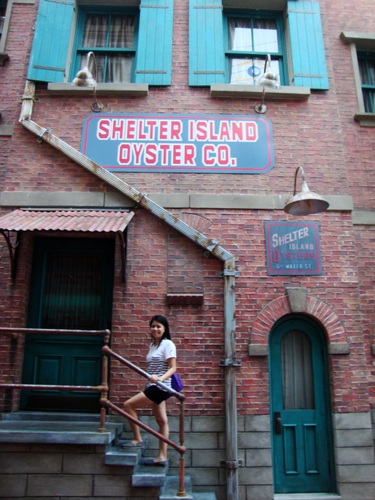 Lights, Camera, Action! Hosted by Steven Spielberg himself, we were ushered to a stage that became a setting for a major hurricane about to hit New York City. It felt like I was watching a Hollywood blockbuster movie in real life! 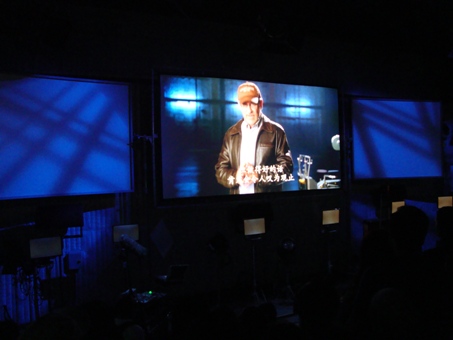 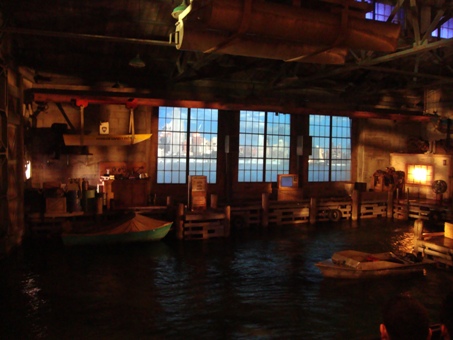 The Lost World -- featuring Waterworld and Jurassic Park.
If you've seen Kevin Costner's Waterworld, you'll have an idea what the story is about. But seeing the death-defying stunts, explosions and thrills right before our eyes was a very amazing and jaw-dropping experience. 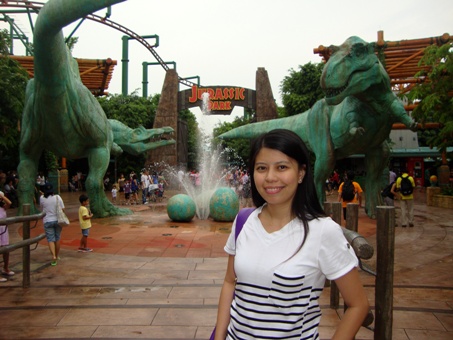 Lunch was at the Discovery Food Court just in front of Jurassic Park gate. 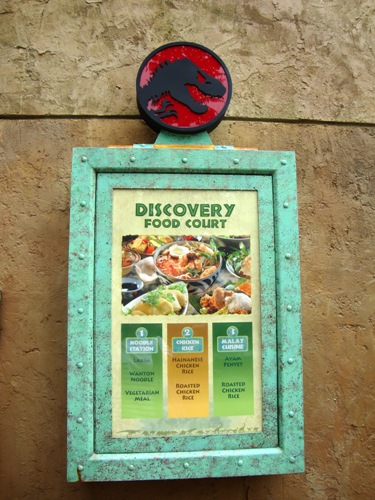 Far Far Away -- based on Dreamworks Animation's Shrek.

On our way to Shrek 4D, my friend noticed that her digital camera was missing! We immediately reported it to the security personnel of Universal Studios and filed a report. They told us it was the first time it happened in the park and they are very concerned since a lot of tourists go here and safety is an utmost priority. My friend left her contact details in case her camera "resurfaces". 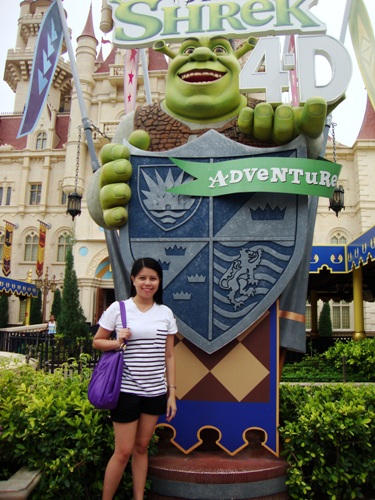 A 17-minute 4D film, guests can get to see, hear and feel the action from their seats as Shrek takes on a journey to save Princess Fiona. 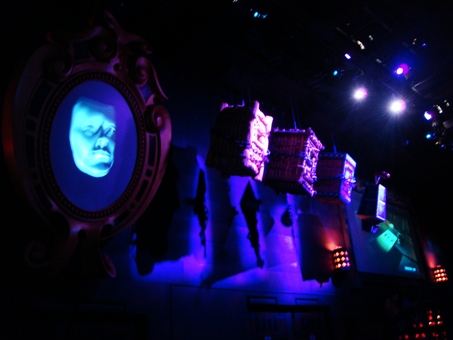 Madagascar -- set in a displaced cargoship that features characters from Dreamworks Animation's Madagascar. 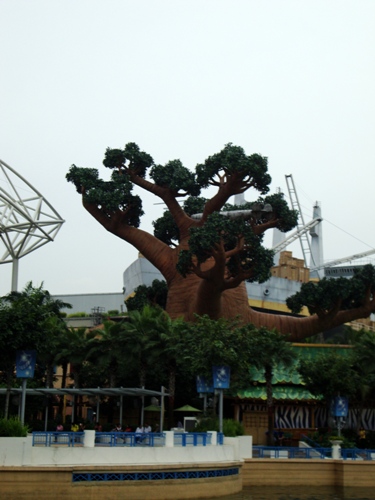 Ancient Egypt -- themed after the rich Egyptian architecture and artifacts found during the Golden Age of Egyptian Exploration in the 1930s. 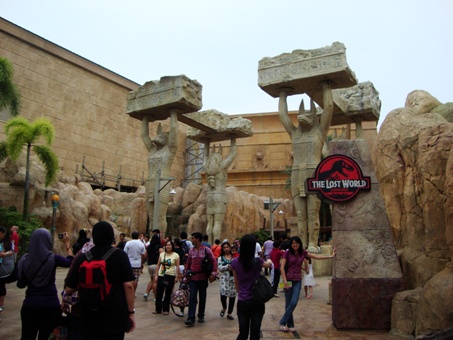 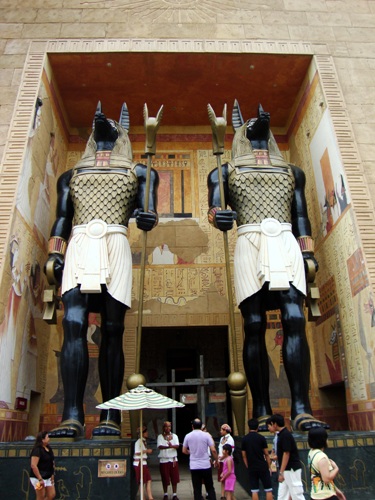 Sci-fi City -- equipped with space-aged technologies and the ultimate modern convenience, this is what the city may look like in the future.
The Cyclon (Blue) is a suspended roller coaster that goes up, around and upside down with an intense corkscrew and a cobra roll, while the Human (Red) speeds up to 82.8km/hr and propels to over fourteen storeys into the air. 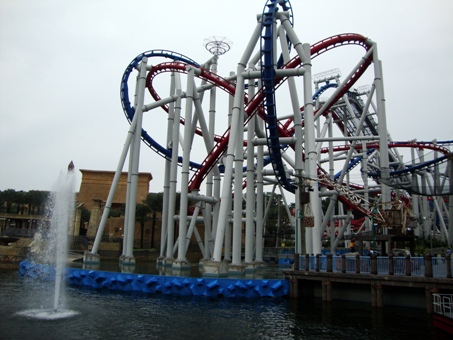 After the riding the Human roller coaster, we went to Mel's Drive Inn for a snack.

We were back to the Hollywood zone just in time to catch Monster Rock, a rock and roll extravaganza featuring a Filipina (and a new-found friend Earl) who played the role of Shewolf.

The theme park is open from 10am to 9pm everyday. I heard they're putting up the Transformers ride late this year. That would be an exciting addition to the great attractions of Universal Studios. Just make sure to bring an umbrella or a raincoat so you're prepared for Singapore's extreme weather changes.
Posted by Dek at 12:25 PM